Its befehlshaber (that’s German for order-giver) Jerry Brown just ordered the tripling – the almost quadrupling – of the of the number of electric cars which must be on the state’s roads by 2025.

Instead of a ludicrous 1.5 million of them, it must be a preposterous 4.5 million. 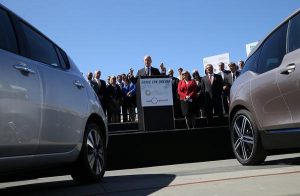 He did not suggest. Offer it up as a worthy idea. Befehlshaber Brown simply issued an executive order – a Fuhrerbefehl (that’s leader order, in German) that it will be so. In order to “curb carbon pollution from cars and trucks and boost the number of zero-emissions vehicles driven in California.”

He means force-feed them. “Boost” them sounds gentle and voluntary, even – like a Girl Scout fundraiser or some such.

But what has this to do with the rest of the country? 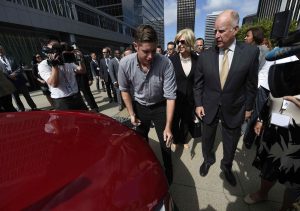 By decreeing that nearly 5 million electric cars must be on California’s roads by 2025 – less than seven years from now – Brown has personally imposed billions in costs on the car industry, which will have to design and build these electric cars – for which there is currently no market.

If there were a market, such production decrees would not be needed.

The car companies will build and design electric cars to meet their quota – just like affirmative action, only on wheels.

But the broader point is that if the car companies are compelled to make such a massive investment in EVs, they will want to make money on the proposition.

One way to do this is to jump on the electric car bandwagon nationally. To not only acquiesce in the CA EV idiocy but to seek its imposition countrywide, so that everyone will be compelled to buy in. In order to spread the costs around.

People may not particularly want these electric wunderwagens, much less be able to afford them – but perhaps they can be nudged into renting them . . . perpetually.

Especially if there is no alternative – no way to opt out. 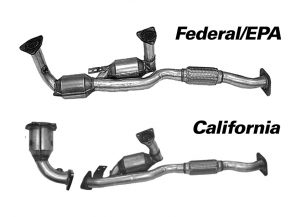 The model for this nudging – it’s more like a bayonet in the back – is decades-old.

California – a huge state and the largest market for new cars in the country – decrees “California” emissions standards. It has been doing so since the ’70s. These are more severe than the “49 state” emissions car companies have to comply with outside of California.

It is expensive to have to build two versions of the same car – a “California emissions” car and a “49 state” car for the rest of the country. 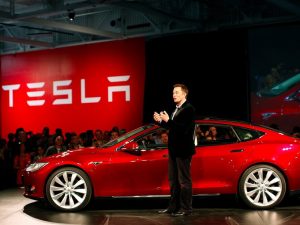 It will be egged on by the tendency of regulatory bureaucrats in the other 49 states to be of like mind with those in California. There is no such animal as a government bureaucrat uninterested in the expansion of his fief for the sake of the liberty of the citizenry. California bureaucrats are worse than average by this measure – but none are better.

Thus, the bureaucrats in other states can be counted on to issue similar befehls. They have done so already with regard to California’s emissions befehls – writing their own duplicates, which then makes it a fait accompli as far as what the car companies will build.

One size fits all. 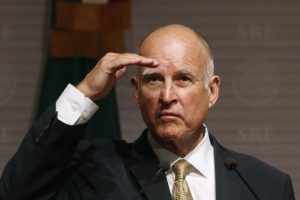 This is what Brown hopes – and intends – to accomplish by issuing “executive orders” – Fuhrerbefehls – that millions of electric cars will be incarnated by decree. The prices will go down more and they will do even more. No permitting market demand to decide the matter.

As Captain Picard used to say, make it so.

Brown has also decreed – at a cost of $2.5 billion – the erection of 250,000 electric vehicle charging stations across the state. As with the EVs themselves, if there were market demand for this, it would not be necessary to decree it. It was never necessary to decree the erection of gas stations – because there’s money to be made selling gas to people who freely wish to purchase it at market price.

EVs – and EV charging stations – are about stealing (or transferring) money.

The government of California is getting into the “business” of using funds extracted from the people of California, in order to erect state-owned recharging stations to further subsidize state-mandated electric cars.

The Soviet Union didn’t disappear back in 1989. It moved West. 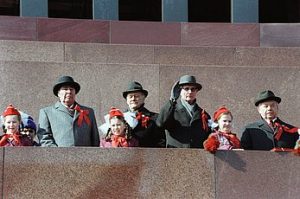 And no matter where you happen to be living.