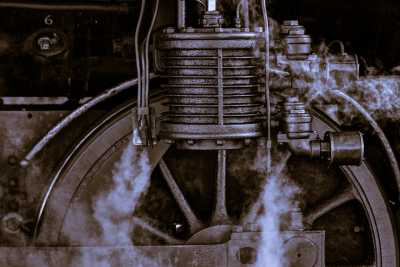 How good do we have it?

If the measure of that is the power and performance delivered by the average new car, the answer has to be: Pretty damned good.

But it’s a story with two sides. 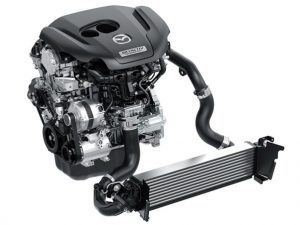 The first side is the almost miraculous power and performance – and drivability, reliability, durability and mileage – achieved by the designers of today’s Mighty Mouse engines. Four cylinder engines routinely produce more horsepower – and torque – than V8s twice their size used to. Which has rendered V8s functionally unnecessary – even in large, heavy family-hauling vehicles like the CX-9.

V6s, for that matter.

The Mazda no longer offers one – because it doesn’t need one. The 2.5 liter four under the hood of this seven passenger, 4,000-plus pound family bus makes 250 hp and 310 ft.-lbs. of torque. This is sufficient not only to haul the CX-9 and its passengers, but to haul ass. 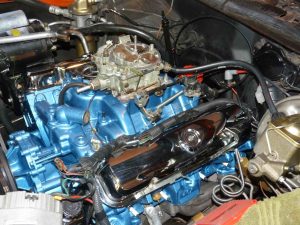 It was about as quick – with a close-ratio four-speed manual transmission – as the 2018 Mazda CX-9.

If you didn’t order AC – it was optional – and skipped weight-adders such as power windows and so on – a stock ’76 TA 455 4-speed might just edge out a 2018 CX-9 (with automatic transmission and climate control AC) in a straight-up drag race.

The CX-9’s four makes tremendous power, but it is maxed out – or close to it. The little engine is pressurized to nearly 18 PSI via a turbocharger. Its cylinders literally force-fed air – in the manner of a pate de foi gras Goose – to make up for the lack of displacement. It is also like feeding a little guy steroids to make up for his small physique. 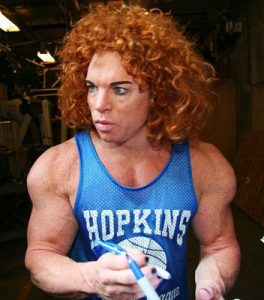 But it’s not natural. There are costs.

Adding a turbo – and an intercooler – adds at least $1,500 to the cost of the engine. A V6 (or V8) that made equivalent power could be made much cheaper.

And would probably last longer.

There’s also not much more to mine,probably. The engineers have already resorted to pretty much every trick in the book – turbocharging, direct fuel injection; cylinder deactivation, variable cam timing – to make up for what the government has been working to systematically take away (i.e., power and performance) in the name of reducing emissions to nearly nil.

How will they cope with future government demands for effectively zero emissions and average fuel economy numbers in the mid-50s? 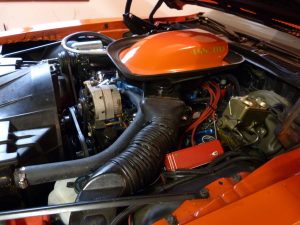 The Trans-Am’s V8 had tremendous latent power. It came from the factory grossly under-stressed. It made 200 hp – and 330 ft.-lbs. of torque – with one hand tied behind its back. Because of government edicts – at that time, mostly having to do with tailpipe emissions standards  – Pontiac engineers had to de-tune the V8. They lowered the compression (to an almost unbelievable 7.6:1) and installed the mildest camshaft they could that would leave the engine capable of running at all.

But the essentials – the building blocks – were all still in place.

The latent power locked up in that huge V8 was just waiting to be summoned. You could literally double the horsepower it made with a cylinder head and camshaft swap, plus some tuning. The parts were not expensive – and the install was easy. Almost anyone so inclined could do it – and could afford to do it.

This was the way we got around Uncle in those days – and not just us.

The car manufacturers helped us end-run Uncle, by making sure we still had the essentials, by giving us all that latent potential. Some even went to the lengths of engineering hop-up parts that came with a label, “for off road use only”  . . .

Today, there’s not much latent potential left – and what there is isn’t easily or inexpensively accessed. The car industry – having given up on the idea of fighting Uncle – embraces him.