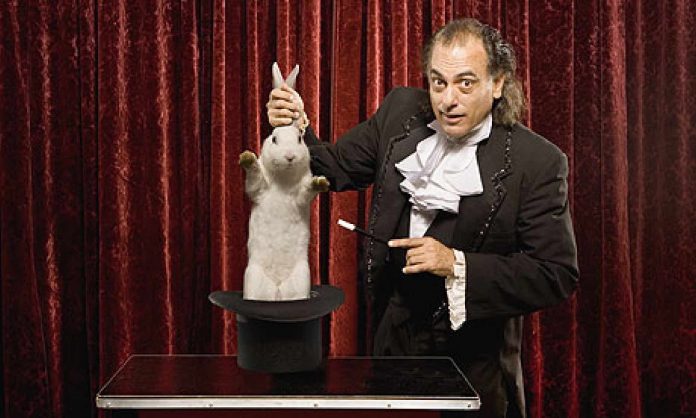 Engineers are becoming like magicians – pulling improbable things out of their hats.

The difference is, it’s not a trick – and they haven’t got much choice.

Every car company has armies of engineers trying to figure out how to maintain the performance and power the market expects of new cars while also complying with the government’s demands – which are becoming harder and harder to comply with.

Some of these demands aren’t even official  . . . yet.

Of course, it is – in the literal sense that it’s emitted from the tailpipe of all internal combustion-powered cars.

So is water vapor.

But C02 (like H20) isn’t an “emission” in the regulatory sense – as far as cars are concerned.

The EPA has “bins” and “tiers” specifying allowable limits for combustion byproducts such as incompletely burned hydrocarbons, carbon monoxide, oxides of nitrogen, particulates (i.e., soot) and so on.

These are “emissions” in the regulatory sense. The car companies are obliged to comply with the limits set.

But  there is nothing in the bins and tiers about C02. 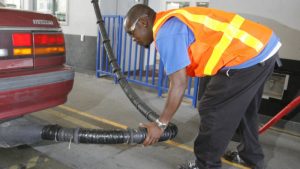 Perhaps because – like water vapor – C02 is not an “emission” in the sane sense.

Carbon dioxide coming out of car tailpipes doesn’t affect air quality in the slightest, or choke the asthmatic or dissolve statues with acidic rain. It is a chemically inert gas – as opposed to the highly reactive gasses discussed above and heretofore considered emissions in the regulatory (and sane) sense. With some cause – at least back in the ’70s and before – when those emissions were high and did cause air quality problems and breathing problems and so on.

Today, they are infinitesimally small – and have been for years. The problem no longer is.

Enter the need for a new “emission.” To justify new restrictions. 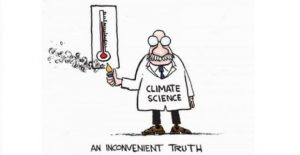 It is of course alleged that C02 is a “climate changing” gas; we’ve all heard the mantra.

But consider: If the climate really were changing in some unnatural and harmful and preventable way, don’t you suppose the government would impose restrictions on itself? Is government exempt from the perils of the climate changing? It is very interesting, to say the least, that government does not impose the slightest restrictions on itself, but proposes draconian restrictions to be imposed upon us. As is also equally interestingly the case with regard to the very very dangerous guns it insists kill and which must be given up by everyone – except the government.

Regardless, there’s no federal mandate, fatwa or ukase yet on the books classifying C02 as a tailpipe exhaust “emission” subject to EPA regulation – even though certain parties have attempted to conflate EPA mileage standards on the books since the mid-1970s – Corporate Average Fuel Economy standards – with emissions standards. This is a deliberate, despicable lie (more here) and it’s being repeated as if it were truth, over and over and over again. Per Dr. Goebbels’ dictum about repetition transforming the most blatant lie into an accepted truism. 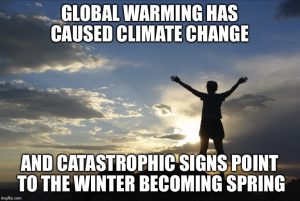 Even so, the car companies are anticipating a C02 “emissions” mandate. And then the engineers will have to work some more magic.

Jeep just sent me a 2019 Cherokee to test drive and write about (see here for the review). It’s the first 2019 model year car I’ve been sent so far this calendar year. Before I write anything, I always read the technical materials provided by the manufacturer, to familiarize myself with what’s new.

I found something new, all right.

In the Jeep press materials for the 2019 Cherokee (you can read them yourself here) I discovered that a new 2.0 liter turbocharged four cylinder engine has been added to the lineup because it “minimizes greenhouse gas (GHG) emissions.” 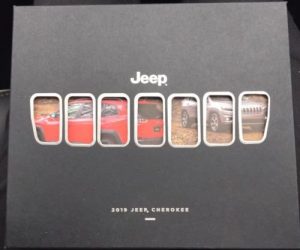 This is the first time in 25 years of writing a weekly car review that I have discovered such language in a car company’s press kit materials. It is the equivalent of the white flag of surrender; Jeep’s pre-emptive acquiescence.

Jeep is writing about C02 “emissions” as if in fact they were. Before the fatwa, ukase or befehl comes down.

Because they believe the fatwa, befehl, ukase to be inevitable.

Because they have already been issued in Europe and elsewhere. The manufacturers – Jeep’s not the only one – do business in those other markets and have assumed the inevitability of C02’s formal classification here as an exhaust emission in the near future as well. The certain future, if Trump isn’t re-elected and someone like Elizabeth Warren is elected instead.

And if that should happen it will mean extinction-by-regulation of most IC engines larger than 2.0 liters, as in the Jeep. And in many other makes/models of cars, too. You may have noticed the sudden proliferation of 2.0 liter engines in almost every type of car and make of car.

It’s because 2.0 liters is as big as you can go before the Euro C02 regs make it really expensive (via heavy fines) to go any larger – and so they generally don’t. The bigger the engine, the more air it flows – and the more C02 it exhales. So the car makers try to go ever smaller.

Eventually, they’ll have to go nonexistent. The car companies will be forced to get rid of their IC engines entirely in the name of “zero emissions” – at the tailpipe, at least.

Then it’ll be the Electric Car Future we hear so much about – not because it makes sense, but because it’s the only thing they’ll still allow us.

Until, of course, they decide not to.

Which of course, they will decide – using the pretext of smokestack C02 emissions (at the utility plants which make the electricity electric cars “burn”) as the reason why. Because, you see, the object isn’t “clean” cars. Those already exist – and they’re not electric.