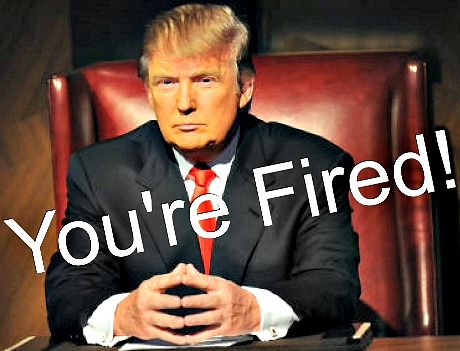 Trump has imposed a regulatory freeze and has threatened a hiring freeze – no new federal “workers” for now (and hopefully, some time to come).

No wonder the stock market is up.

Here’s another means toward that end that hopefully Trump will deploy: An executive order that henceforth, future regulations must pass a cost-benefit analysis and be subject to congressional approval before they could be imposed on the people who will bear the cost.

The EPA, for example, would have to demonstrate that whatever it proposes car buyers be saddled with in the form of new emissions equipment would result in a measurable benefit to real people – as opposed to moving decimals around “bins” and “tiers,” as as practice currently.

That, minimally, EPA bureaucrats would have to demonstrate – with facts, not conjecture – that failure to impose the proposed regulation would result in specific harms to actual people. As opposed to hypotheticals conjured by computer models or the mere say-so of EPA appartchiks.

Then Congress, in committee, could vote yea or nay.

Is this so outrageous… in a (ahem!) “democracy”?

Why shouldn’t the, er, people have a say?

Probably because it is a certainty that no regulation imposed (by fiat, without any accountability to the people of the country) by EPA over at least the past decade could pass muster.

It might be necessary to go back even farther, to the late 1980s.

That may well have been the last time EPA regulations – at least with respect to vehicle exhaust emissions – could have justified its fatwas, cost-benefit-wise.

Example: Three-way catalytic converters and oxygen sensors. You get a lot of bang for your buck. Double digit reductions in harmful stuff coming out of a car’s tailpipe. For a few hundred bucks per car. Arguably, worth it. This – along with the general adoption of basic electronic fuel injection systems in place of mechanical  carburetors – is what cleaned up the air. Which has been clean – that is, safe to breathe, not opaqued by smog – for several decades.

Contra example: EPA insisting that further fractional reductions be achieved but which can only be achieved via very expensive -and very elaborate – direct injection and other such technology. Much spent, not much gained.

Because DI creates its own set of problems (crud build-up on engine internals). The engines so equipped tend to run dirtier, sooner – unless they are serviced. Which can be very expensive as it often requires partial disassembly of the engine to get at the crud. Which they often aren’t, because of the cost.

And Direct Injected engines may not last as long, either. See above in re crud and putting off expensive service, due to cost of service.

In which case, new engines will be required – maybe a new car to go around it, too. These do not spring forth from the Earth without “environmental” consequences. It takes heavy equipment, land rape, forges, assembly lines, smokestacks and all the rest to make them anew. How much do you suppose this produces in “emissions” vs. the fractional per car tailpipe reduction achieved by DI?

So, how about hearings?

If EPA bureaucrats think some new fatwa is in order – for instance, this business of categorizing the inert, non-reactive gas carbon dioxide an “emission” subject to regulation –  why shouldn’t they be required to present their case to Congress? To prove that it is necessary else real harm will ensue? To the representatives of the people, who supposedly run the show but very obviously don’t?

Why not let the people – through their representatives – decide whether the proposed fatwa makes sense, after being presented with evidence. As opposed to being told they will obey – just because.
It’s not an unreasonable demand.

Trump could make it so. It is likely most of the public would support this – the remainder opposed being EPA apparatchiks incensed that their budgets might be threatened by an insistence that new regulations be justified on the merits as well as the economics.

But Trump is just the guy to try it on for size.