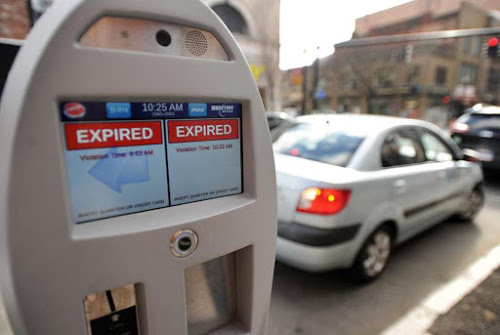 You used to feed the meter. Soon, the meter will feed on you. It will also know exactly who you are and where you are – as well as where you’re going and how long you stayed there and also when you left.

Naturally, so will the government.

Which will also be informed that your inspection stickers are out of date the moment they become out of date – in order to more efficiently (immediately) ticket you. For that and any other “violation.” And even if no violation. The Mobile Sentry has cameras – and they aren’t just watching you. They watch – and record – everyone.

They scan your license plate – that’s how they know it’s you – and an app (the Sentry Mobile Consumer) loaded on your cell phone automatically debits your card for the parking fee – along with a small service charge per transaction that’s remitted to the private company – Municipal Parking Services –  that owns the meters and uses them to mulct you and spy on you, pocketing the former and “sharing” the latter with the government – which also pays the a fee to the company for the “service” thus provided. (Bracketed in quotes to emphasize that it’s not a “service” when you’re forced to accept it; viz Internal Revenue “Service.”)

It’s a cozy arrangement – for MPS.

These smart meters already do.

The combination of automated plate readers every 10 yards or so (the distance between one meter and the next) with always-on cameras that feed into an always-watching (and recording) nexus of “private-public”  surveillance is bleak, depressing and scary.

Several states – including New Jersey, Connecticut, Massachusetts, West Virginia and Florida have bought in and installed these things in some of their cities. Expect more to follow as the opportunity to take money (everything done by the government is done by force hence the italics) and increase control – things as irresistible to government (and crony capitalist operations such as MPS) as soft wet wood is to termites. 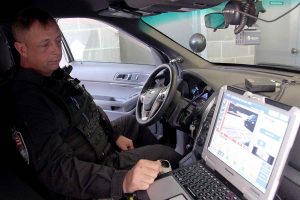 Naturally, it is being done for Our Safety. And “the environment.”

The MPS web site says: “Our meters can be plugged in to your (i.e., the city/county’s) security infrastructure . . .” and then asks: “Wouldn’t it be nice to have a virtual police officer every forty feet on your sidewalks”?

Actually, no. It would not be “nice.”

It is the definition of a police state to have police everywhere – and constantly surveilling the populace. There were “police officers every forty feet” in places such as the former East Germany – and currently in North Korea.

America was once characterized by not having “police officers every forty feet.” Or a “security infrastructure,” for that matter. 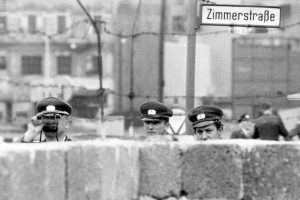 But there is a difference between East Germany and North Korea and what is happening in America today. The mulcting – and monitoring – is being done for profit and by private companies such as MPS.

It’s not the first or only example of this twisted variant of capitalism. Actually, it’s a form fascism – the merger of the government’s violence with the private sector’s lust for profit via violence, but most people refuse to see this because they have been taught – conditioned to think – that “fascism” necessarily and only means Nazism. If there’s no “is we not dasoopah man? Aryan pure soopahman?” they don’t see the fascism. Which is perhaps exactly what’s wanted – but that’s another rant.

MPS snuggles up to government by offering to install its fleece ’em and watch-’em smart meters for “free.” Once the government sees the cash rolling in – and the new opportunities to Panopticon the populace – it can sign up for a contract by which they both profit, monetarily and otherwise.

The public is soothed with talk of more “efficient” allocation of parking “resources.” The app your phone (and you) are now hag-ridden with lets you know when a spot is free, so “no more driving around in search of a spot.

This will also “save gas” and “reduce emissions.” So Green!

And it’s so much easier to have the parking fee – plus the service charge – automatically debited from your account than it is to put coins in a “dumb” meter. 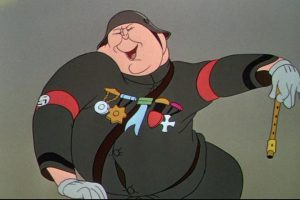 No mention on the MPS web site about the data collected – and sent (which you “consent” to by downloading the app). No mention of the app tracking you, of the possibility that they now have access to your phone and everything on it.

No worries about the totalitarian plate readers that document where you’ve been and how long you’ve been there as well as scan your DMV records while you’re there, to make sure there are no actionable “violations.” Nothing about the creepy all-seeing cameras – which are probably also capable of recording sound, such as your conversations.

Ah, technology. The thing which was supposed to liberate us increasingly chains us – and charges us, to boot.

Reader Question: To Buy – or Ship?