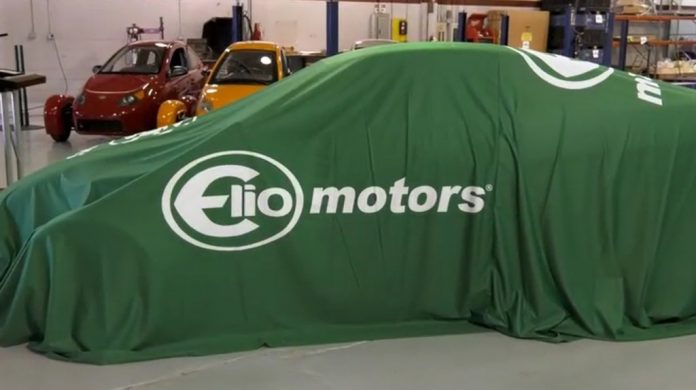 Why don’t cars that make sense make it?

Five years ago, Paul Elio bought up a shuttered GM assembly plant In Shreveport, Louisiana with the intention of using it as home base for the manufacture of a low-cost/high-economy car – the kind of car no other car company makes anymore. Instead of $12k and maybe 40 MPG on the highway – the best you can get in a new car sold by any other manufacturer – the Elio would average at least 80 MPG and sell for less than $8,000.

Such a car makes all kinds of sense. 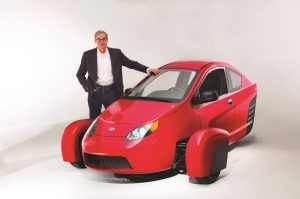 At a stroke, it would cut the cost of getting around by car in half – minimally. Keep in mind that the least-expensive new car being manufactured right now, the one referenced above, is the Nissan Versa. Most new cars cost significantly more. The average price paid for a new car is currently well over $30,000 – and the average new car averages a great deal less than 40 MPG, on the highway or otherwise.

It would also render many “alternative” fuel cars irrelevant; make them look even sillier as economic and functional and even environmental propositions than they already do. The Elio’s “carbon footprint,” for instance, is so small it’s hardly there.

Which is why the Elio faces every kind of obstacle imaginable to prevent its manufacture.

Unlike the manufacturers of those other cars, which make no sense at all – including environmentally-speaking – and so are given every artificial advantage (via government) imaginable. 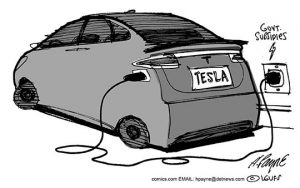 It is doubtful anyone would by them at a price which reflected their true cost to manufacture, absent all the manufacturing subsidies, including sweetheart deals/financing on their manufacturing facilities – such as the $1.3 billion the taxpayers of Nevada were compelled to provide the billionaire crony capitalist Elon Musk to finance the battery plant for his electric luxury-sports cars. As well as the retail ones, including not only the tax breaks dangled in front of buyers of the cars but also on the “fuel” they use – the electricity – which isn’t subject to any motor fuels taxation (for the moment) and often literally given away for free (well, at taxpayer expense) at so-called public charging stations, to further nudge the electric car into general use.

Elio enjoys no such help.

Not that such help ought to be provided  – to Elio or Tesla or any other manufacturer. But neither should they be hindered by Uncle.

Elio has been. Because of what it is – and isn’t.

The prototype is something in between a motorcycle and a car. The driver and passenger sit one behind the other, as on a bike. But it’s not a single-track vehicle (front and rear wheel in line and just the two of them) like a bike. It has two wheels up front, pontoon-style and a third single wheel out back. So it drives like a car. You turn the steering wheel. The car does not lean in the curves, as a bike does. The occupants also sit inside a fully enclosed and air-conditioned cabin, a major point of difference vs. a bike.

But if it’s a car, then Uncle insists it conform to all the regulatory fatwas which apply to that category of vehicle – including offset barrier impact and roof crush fatwas, which are very hard fatwas for a vehicle with a pontoon-style front end and ultra-light construction (the Elio weighs a mere 1,200 lbs., just slightly more than a full-dress Harley or Honda Goldwing and about half as much as the very lightest new cars) to conform to. 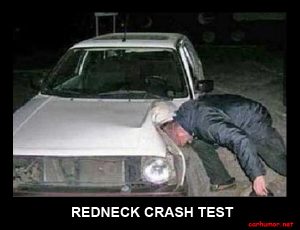 They are also hard for a shoestring operation without an IV line to the taxpayers’ purse (and fatwas mandating that people buy their product, or at least, that a fixed number be manufactured and offered for sale each year) to comply with on a more basic level. A shoestring operation can’t afford to destroy – in crash tests – a dozen prototype cars to see how they perform (or not) and then revise accordingly – and crash test again.

This is what’s called regulatory capture.

The crony capitalist Bigs favor it because they can afford to throw away a dozen vehicles in crash tests – and they know a shoestring operation like Elio cannot afford it. But the small operations still must comply with the fatwas, else their car isn’t legal to sell. It’s a beautiful Catch-22, from the standpoint of the Bigs. They – and their enforcement arm, the government – aren’t outlawing competition, per se. They simply make it impossible to compete, via regs that can’t be complied with for economic reasons.

There’s another problem for Elio. 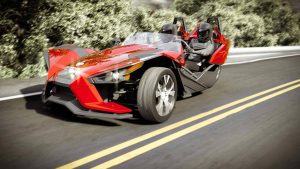 Including the one decreeing that a helmet must be worn when “riding.” This is a state-level fatwa – and not all states have the fatwa – but most do. If it is applicable to the Elio – as it is applicable to another “car” that makes sense, the Polaris Slingshot – it means buyers would have to wear helmets to drive it, else risk tickets. Most people shopping for a car – whether four wheeled or three – do not want to have to wear a helmet while driving. So Elio faces the necessity of qualifying as a car – which means having to comply with the fatwas which all cars must comply with.

Meanwhile, electric cars get away with having Burn Notice lithium-ion battery packs that contain reactive chemicals which not only burn when they come into contact (as when the battery pack is damaged in an accident) but also burn in a different and more dangerous way than gasoline does. But electric-specific saaaaaaaaaaaaaaaafety fatwas have not descended. The electric car is effectively given exemptions from having to be “safe,” because the government (and the crony capitalists making bank on the scam) want electric cars on the road and seem willing to overlook almost anything when it comes to them.

Which explains why electric cars are being manufactured – and the Elio is not.