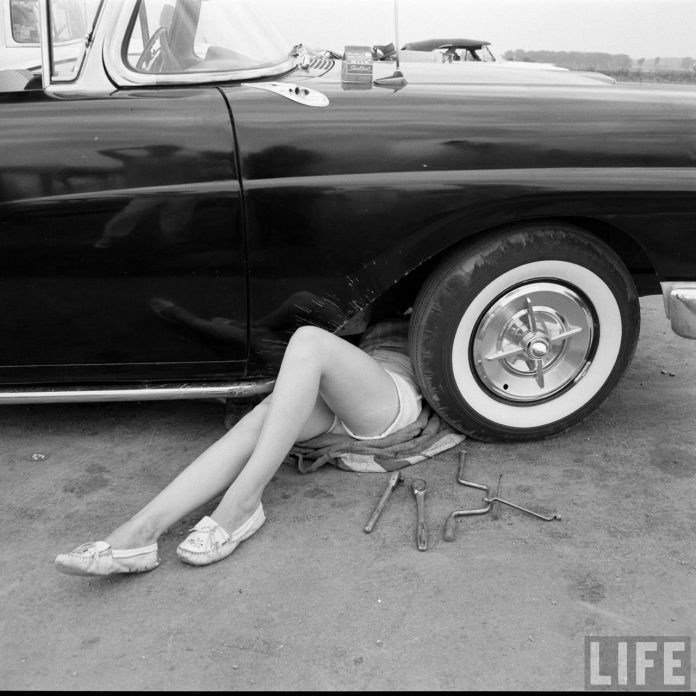 Knowing when it’s time to change the oil in a regularly driven car is easy – the car’s manufacturer provides specific time and mileage intervals. They are right there in your owner’s manual. In addition to this, many cars built since the early 2000s have built-in oil life/condition monitors that fine-tune these intervals by chemically sampling the condition of the oil as you drive, advising you to change it sooner – or later –  according to its actual state, which is a function of the type of driving you do.

But what about a car that isn’t driven much? One that passes by the maximum originally specified time interval without having racked up even a fourth of the specified miles?

It is ok to leave it in there until it reaches the mileage interval, even if takes two years to get there?

To understand why the first thing to know is that it’s not so much the oil you’re changing as the contaminants in the oil you’re draining and getting rid of. These include water – which gets into the oil via both internal condensation and also from the ethanol that dilutes most of the gas sold in the United States. Ethanol attracts water and ethanol (alcohol) is also corrosive. 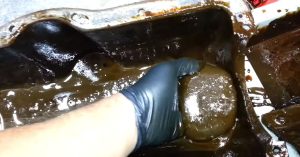 Gasoline itself is another source of contamination. It’s a solvent as well as a fuel and very good at leaking past old, brittle o-rings and gaskets and other fuel system parts and seeping into places where it’s not desirable, such as the crankcase (the bottom part of the engine, where the oil sits when the engine isn’t running).

Cars made before the early ’80s that have carburetors rather than fuel injection are especially prone to gas getting into the oil – and not just from seeping while sitting. Carburetor-fed cars sometimes run rich (more fuel than ideal in the air-fuel mix) and that problem is double-downed on if the car is only started and run every once in awhile.

it might seem counterintuitive, but the longer a car just sits, the faster the oil acquires things you don’t want in the oil. 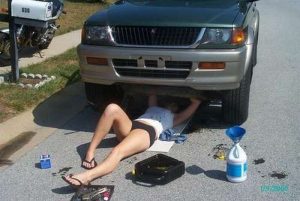 This happens in part because of the nature of sitting idle (seals and o-rings dry out andshrink faster when they’re not bathed in circulating/pressurized fluids) and also because a rarely or lightly used car may never run long enough for the engine to get hot enough burn them off.

The worst case scenario – from the standpoint of unwanted shortening of the life of the oil – is the occasional start ‘em up and let it idle for a few minutes in the garage – and then shut it off. Some people think that firing up their old car once a month or so and letting it idle is good policy.

In fact, they’d have done the car a favor to leave it under the cover.

If you start the car, always try to drive it. For at least 15-20 minutes and not just around the neighborhood. Try to take it on a road where you can get it up to at least 50 MPH – in order to get the engine running at more than a fast idle speed. 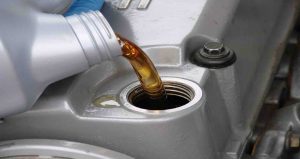 The oil itself won’t ever wear out, incidentally. It can be recycled indefinitely. But the crap held in suspension in the oil has got to be gotten rid of – which is why you change the oil. And there’s another reason: The additive package mixed with the oil at the time it was formulated does dissipate over time. When you change the oil you refresh the additive package as well as the oil.

Ok, with that backgrounder in mind, when should you change the oil (and filter) in a car that isn’t driven enough to reach the mileage interval originally specified – or which reaches the time interval long before the specified mileage is reached? 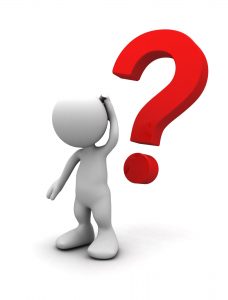 A good rule of thumb is once a year, regardless. Try to do it before the period of least use – such as in fall for a car that will probably sit idle for most of the winter. This will remove the gunk that would otherwise sit inside the engine and also coat the engine’s internals with fresh, uncontaminated oil – protecting wear surfaces such as cylinder walls, bearings and so on.

Also, it’s not just engine oil that should be on your change radar.

Engine coolant should be drained and replaced every three years, regardless of mileage, to avoid a gunked-up radiator and overheating problems. It’s also a good idea to replace the brake system’s fluid at this time, too. If you regularly take a look at the brake system’s fluid reservoir you can watch it transition from translucent/honey-colored to dark brown to black (very bad) over time. Change it before it goes from dark brown to black to avoid expensive brake system problems. 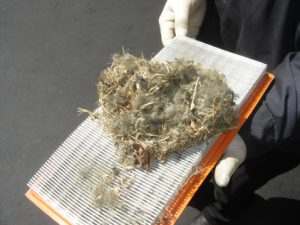 And don’t forget to check the air filter. It probably won’t be dirty if you don’t drive the car much and being paper, it can last for years. But you might discover that a mouse or squirrel has made himself a nest inside the air cleaner housing. You’ll want to clean out the shredded newspaper and nutshells before you fire up the engine.