Imagine if all you did for exercise was bicep curls with your right arm. Or tried to lose weight by eating one moderate-sized/lower calorie meal a week. It might do some good – kind of like only changing your vehicle’s engine oil/filter regularly. But by neglecting the rest of it, you’re not doing as much as you could. Or should. Yet it’s exactly what a lot of people do – probably, because many of them don’t know much about – or think much about – other (and just as important) routine maintenance items. For instance: 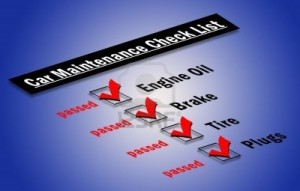 This is a simple one-way valve that permits engine suction (vacuum) to scavenge combustion byproduct gasses from the crankcase (hence Positive Crankcase Ventilation) that would otherwise contaminate the oil rapidly or build up pressure inside the engine – and feeds these gasses back into the engine to be consumed harmlessly. But the valve does not last forever – and if it sticks or gets stuck, the PCV circuit no longer works as it should. Gasses can now build up – and in a modern, “closed system” emissions controlled engine, this can lead to problems that will cost you a lot more than the typical $10 or so replacement PCV valve costs. Check your owner’s manual for the factory recommendations as far as mileage/time intervals for replacement – and heed them. You might even try to replace the valve yourself as the job is often very DIY-doable, even for people who are not mechanically inclined. The PCV valve is commonly located on top of the engine, near (or built into) the cam/valve cover. It’s typically a press-fit part, secured by a clamp. Removal/replacement usually involves loosening the clamp(s) and twisting/pulling out the old valve and popping in the new one. But whether you do it or have someone else do it – just make sure it gets done! 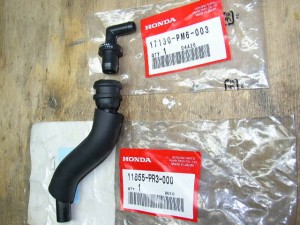 Talk about a wallflower – when it comes to people noticing (much less thinking about) this important service item. Well, it’s important if you’d prefer to spend maybe $10 on fresh power steering fluid once every four or five years vs. $200 (or more – probably a lot more) on a new power steering pump. Automotive fluids do not last forever (nothing does). They get heated – and cooled – and these cycles eventually result (along with the build up of contamination of the fluid with small particles, moisture, etc.) in fluid that ought to be replaced. If you don’t wait until the fluid is badly contaminated – which you can usually tell just by looking at it (if it’s turned black when it was originally clear or red, it’s gone bad) – you can DIY this job, too. Use a clean turkey baster – or syringe – to draw the old fluid out of the reservoir and top off (there will be a “full” line) with fresh fluid of the appropriate type. Check your owner’s manual or read the warning on the filler cap. Some cars use different fluids. Dexron automatic transmission fluid is one common type – but check before you add. 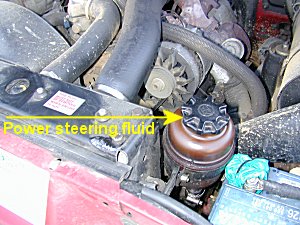 This one used to be one that most people (well, many people) knew to keep track of because the filter was obvious – it was right there under the hood, usually spliced into the fuel line that led to the carburetor. But carburetors have been history since the late 1980s. All cars built since then are fuel injected. And the fuel filter is typically located out of sight – and so, out of mind. It is either (typically) underneath the car, or in/near the gas tank. Very easy to overlook. Yet changeout intervals have not changed. Gas is still gas (well, if you don’t count the 10 percent ethanol) and particles and other contaminants still get pumped into your gas tank from gas pumps – as well as accrue there from internal sources. But there’s a twist: With a modern fuel-injected car, the computer will sometimes shut the system down if pressure drops below a certain pre-set value, which can happen if the filter gets clogged up. That means you’re stuck – and because the filter is often not easily accessible it is not easily fixable by the side of the road, as in the good ol’ days. And – because so many people have dropped the fuel filter from their To-Do lists, it’s easy to forget about it – until the car reminds you. As a general rule, fuel filters last about two years and 15,000 miles. Check the “service and maintenance” chapter of your vehicle’s owner’s manual to know the score for your particular car. Then, don’t forget to do it – or have it done! 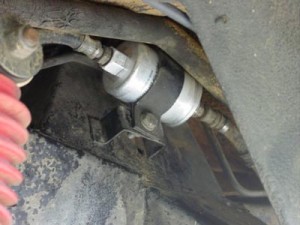 People often fixate on their car’s engine – forgetting about the half of the drivetrain. It doesn’t do you much good to have an engine that’s well-cared for … bolted up to a neglected transmission that just croaked on you. The happy – and sad – thing about this is maintenance is generally easy and inexpensive, yet very often not done. Or not done when it should be done. Maintenance consists of draining the case and refilling it with the appropriate quantity and type of lubricant. There are usually two plugs – one on the bottom of the transmission case, for draining the lube – the other higher up on the side of the case, for refilling it with fresh lube. Doing this service is often even easier than changing engine oil, because (usually) there is no filter to deal with and – usually – the drain/fill plugs are very easy to get at. The drain one especially so. If you have the ability/inclination to jack your vehicle up enough that you can slide underneath with a catch pan and some basic hand tools, you can probably handle this job yourself. Thus, the only expense will be $20 or $30 or so for the quantity of fresh lube you’ll need. Here again, be sure to use the right type – and be sure to add the right amount. For added protection – as well as smoother operation – you might consider using synthetic gear lube, if allowable. It’s more expensive, but you’ll more than get your money’s worth in the form of easier/smoother gear changes (especially in cold weather) reduced wear and tear and possibly a noticeable uptick in your gas mileage. 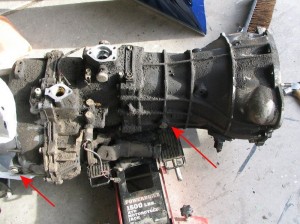 As a general rule of thumb, gear lube should be changed out every 50,000 miles or so.

This one can sneak up on you – and your wallet. Batteries, like people, get weaker as they age. But the weakness may not be apparent. The cars starts normally – but because the battery is now at say 60 percent of its capacity after starting the engine, the alternator – which is a kind of mini-generator that is turned by the running engine and which produces both the electricity to power the car’s ignition and electrical systems as well as recharge the battery  –  works harder and harder to “refill” the dying battery after each start-up cycle. At a certain point, the battery is perpetually under-charge and the alternator therefore works harder to try to keep it charged up. The long and short of it is that eventually, the battery’s weakness will manifest in a no-start or weak start, but it may not become obvious for some time – during which time, your alternator has been picking up the slack. Alternators are expensive. 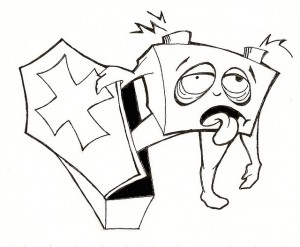 With some late-model cars, you may be looking at $400 – or more. It’s therefore wise to  get as much life out of the one that came from the factory as possible. And you can do that, in part, by keeping abreast of your battery. Its condition (capacity to hold a charge) ought to be checked at least every two years  – and after about 4-5 years, it’s very likely you’re approaching (or have already reached) replacement time – even if there are no obvious external signs of a problem and the car seems to be starting up normally. Ideally, replace the battery before it croaks out.

Your alternator will thank you – and so will your wallet.