Most people know it’s important to get the oil/filter in their vehicle changed at least every once-in-awhile – if they care at all about the longevity (and efficiency) of their vehicle’s engine. But there’s more to a vehicle than its engine – and there are other filters (and other fluids) that are arguably just as important – because failure to change them out at least every once-in-awhile can lead to failures and repairs that can be just as expensive as neglecting to provide your vehicle’s engine with regular fresh oil and a clean filter. For starters: 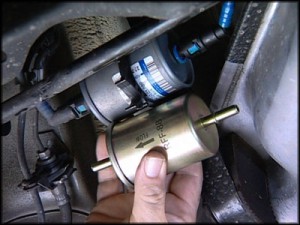 Back in the days of carburetors, these were obvious, easily accessible and inexpensive to replace. But in a modern fuel-injected car, the fuel filter is typically not “right there” under the hood, where it’s easy to see it – and so, think about it. It is usually mounted not-so-accessibly underneath the car – or (sometimes) in the fuel tank. And modern fuel-injection fuel filters cost a bit more to replace – though the good news is they’re not (usually) exorbitantly expensive. What they do have in common with the old-style filters is they need to be replaced regularly, too – and for the same reasons. When you pump gas into your vehicle’s tank, you are also pumping in grit and other small particles that are in the fuel. This is stuff your engine does not want to eat – hence the filter. But the filter eventually fills up – it gets saturated with contaminants and can no longer filter effectively. This also creates the mechanical equivalent of atherosclerosis in your car’s “arteries” – its fuel lines. The fuel can’t easily pass through the increasingly clogged up filter. Or, crap passes through it – and into your engine – instead. These are very good reasons for replacing it, as per the recommendations in your vehicle’s owner’s manual. Every 15,000 miles is a typical interval.

Don’t neglect this important service. Just because it’s out of your sight doesn’t mean it shouldn’t be on your mind. 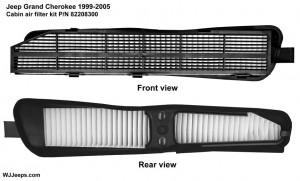 Over the past ten years or so, cabin filtration systems have gone from being a high-end car feature to a fairly common feature. Most of the cars I’ve test-driven recently – including even economy-minded cars in the $15k range –  have them. And just like any other filter, cabin filters need to be periodically replaced, too. Failure to do so may not invite mechanical problems, but if you have allergies, you may not breathe so easily if you forget about the filter. Usually, they are easy to get at – and your owner’s manual will usually give you detailed instructions as to where to find the filter and how to remove/replace it – along with recommended changeout intervals. Keep in mind that these filters are air filters – and do the same basic job as the air filter that filters the air your engine breathes. If you do a lot of driving down dusty gravel roads – or in high-soot areas (urban areas) then, as with the other air filter, your cabin filtration filter will probably need to be checked – and changed – more often. 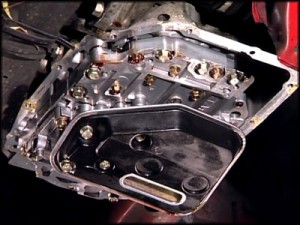 Both manual and automatic transmissions benefit from regular fluid (or gear lube) changes and it’s critical to replace the filter (in automatics) before it gets clogged because if you don’t the hydraulic fluid that powers the transmission – and which makes your car move – won’t circulate. And then, your car won’t go. In the typical automatic, fluid is sucked through the filter and the pressurized fluid circulates through the valve body and torque converter, transferring the engine’s power to the driveshaft and ultimately, causing the drive wheels to turn. But if the filter is heavily obstructed, fluid can’t circulate – or small bits of debris aren’t caught by the filter – and now you’ve got problems. In a manual, periodically draining and replacing the lube (or ATF, as some use) will remove metal shavings and other contaminants – helping your gearbox live longer and operate more like-new than like-old. The job itself is not difficult, just messy (have a big catch pan, if you plan to DIY). And if you decide to have this service done for you, be sure to check the fluid/lube level yourself, after the work has been done – just to be sure.

As RR once said, a long time ago: Trust – but verify!

* Hose down the radiator (and AC condenser) –

At least twice a year – once in spring, once in the fall – you should get a garden hose and thoroughly wash down the exterior surfaces of your vehicle’s radiator – and also the radiator-looking thingie that is (typically) bolted right in front of the radiator. (This is your AC system condenser – and like the engine radiator, it is made of rows of tubes with very thin cooling fins.) Bugs and other road debris smack into the surface of the radiator (and condenser) as you drive, lodging in between the fins like a piece of corn between your teeth. The bug-mash can impair airflow over the cooling fins, which could lead to a hot running car – and problems that can be avoided, just by periodically washing off the small-scale roadkill. Use your thumb over the hose end to create some water pressure, but don’t use too much (as via a squirt-type hose handle), just to be on the safe side (the fins are fragile and you don’t want to damage anything).

The best part about this service is that you don’t have to get dirty, no tools are need – and, it’s absolutely free. 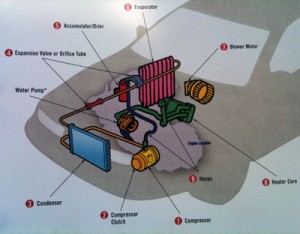 To Serve And Protect … Or Harass and Collect?