No big surprise – but now it’s official: The Chrysler 300 sedan will be retired after the 2020 model year.

But, it’s depressing regardless.

Chrysler has sold about 3,000 of them each month so far this year – which is steady as she goes and about the same as were sold last year and the year prior (see here). Which is remarkable, because the 300 hasn’t changed much in years. The basic car dates back to 2005.

And yet it sells. 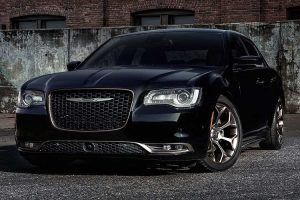 Much better than the electric Turducken that is slated to replace it.

That Turducken is something tentatively called the Portal. It will be everything the 300 isn’t – and that is going to be a problem for Chrysler.

What’s left of it.

The brand that used to sell with Lincoln and Cadillac now sells a minivan  . . . and (once the 300’s gone) no more sedans at all.

Just a minivan – the Pacifica – and (soon) an electric van.

Good luck selling 3,000 of these a month. And good luck making a buck on any of those sales.

We’re still about two years out from the launch of the Portal but we can ballpark what it will cost because we know what current electric cars cost. The least costly being the compact-sized Nissan Leaf, which is $30,000 to start. Expect the Portal – which is bigger – to sticker closer to $40k.

And Nissan only sells about half as many Leafs as Chrysler sells 300s (see here).

Keep in mind, also, that Nissan loses money on each Leaf “sale” – the car (as is true of all electric cars) has to be discounted and subsidized and even then, only about 1,500 marks (whoops, buyers) are willing to step up. 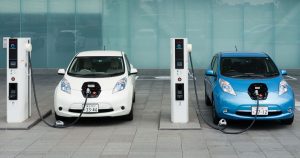 Chrysler makes money on the 300. Which makes it worth making the 300. A simple economic syllogism that is lost on the EV-addled.

The profit margin is probably excellent, too – because the tooling and R&D has likely already been amortized. In any event, the point is that Chrysler doesn’t have to discount the 300 – and no government subsidies or bayonets are required to nudge otherwise reluctant people to buy them.

They buy 300s because they are appealing.

And because they are affordable. 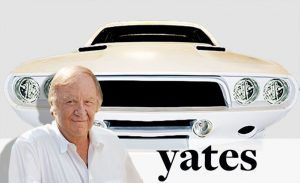 The current 300’s base price is less than the Leaf’s – $28,995 – and for that you take home a full-size American sedan with a brawny V6 – instead of a compact-sized FWD electric shitbox (Brock Yates’ eternally scintillating term) that’s useless except as a short-range City Car because it can’t go very far. Nissan touts the Leaf’s 150 mile range as if it were a miracle on par with finding the image of Jesus burned into your waffles. And for an electric car, it almost is.

But 150 miles isn’t very far  – if you expect your car to be capable of more than just commuting.

Most people not only expect it – they need it. Otherwise, they need two cars. Which is what most EV buyers end up having to do, but let’s not talk about that. 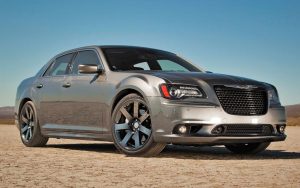 Well, the 300 can go between 351 and 555 miles – depending on whether your driving is city or highway. Either way, it’s more than twice as far as the Leaf or other EVs can go before they go no more.

Which would you rather drive?

And the answer is as simple as it is discouraging. Also angering.

Car companies no longer build cars for the market; they build them to satisfy the government. 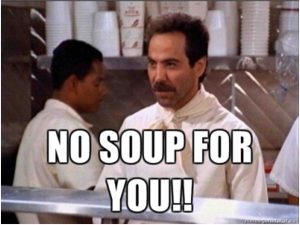 The 300 is viable on the market in spite of its years precisely because it spites the government’s obnoxious nudging-at-bayonet-point toward cars that are everything the market doesn’t want.

Twice as many people want a full-size/RWD/V8-available sedan – even if it is “ancient” – than want a car like the Leaf. The 300 is not only full-size/RWD and V8-available, it’s the last such car that is available to Americans who can’t afford a six-figure BMW or Mercedes – which are the only other places you can find full-size/RWD and V8, but probably not for much longer, either.

The problem for Chrysler – for Fiat, which owns Chrysler – is that the government doesn’t want people (ordinary people) to drive cars like the 300. It uses “too much” gas – as defined by the Corporate Average Fuel Economy (CAFE) fatwas hurled out by the regulatory ayatollahs.

And it has too large a “carbon footprint.” 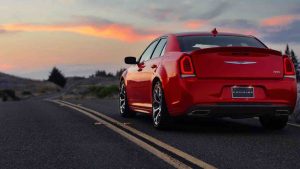 EVs like the Poltroon (whoops, Portal) solve this artificially created problem because they burn no gas and their “footprint” is smaller (if you don’t factor in the carbon emitted by the utility plants which generate the electricity upon which EVs sup). By adding the Portal to the lineup – and retiring the 300 – FiatChrysler can probably double its CAFE average (which will be an average of the gas-engined Pacifica’s mileage and the electric Poltroon’s – whoops, Portal’s – mileage vs. the current averaging of the gas-engined 300’s mileage and the gas-engined Pacifica’s mileage)

And that is the only reason for the demise of the 300.

RIP, ol’ buddy. You were great while you lasted.