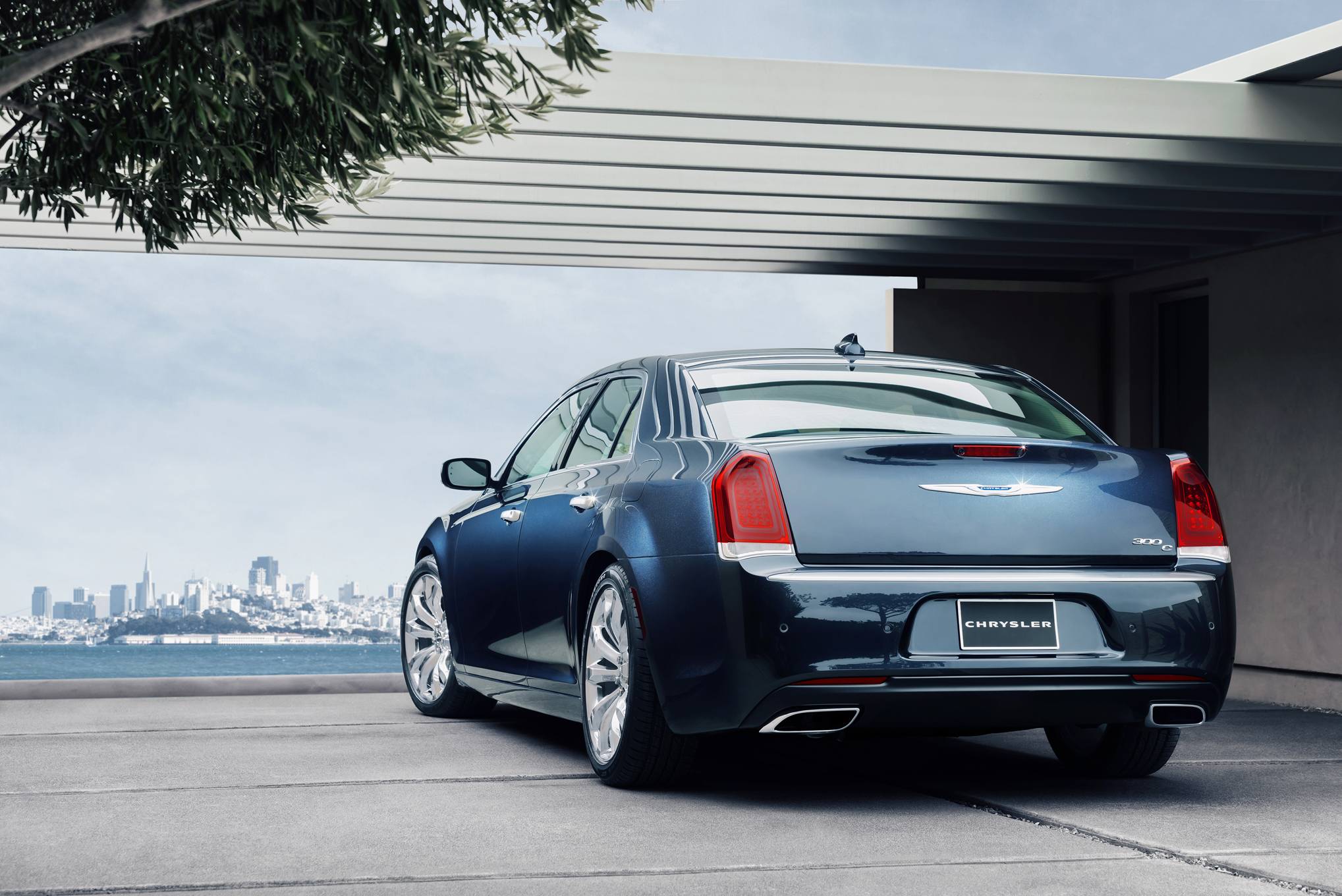 This could be it. 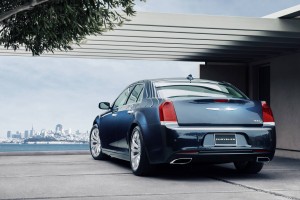 The last of the line, the end of the road.

In a way, it already is.

Chrysler’s 300 is the only large, rear-wheel-drive sedan available with V8 power you can still buy for a few bucks north of $40k.

But it is to the 300 what a Chevy Tahoe is to a Cadillac Escalade. Same basic vehicle – sold by different marketing arms of the same company.

The next-closest thing to the 300 (or the Charger) is the Hyundai Genesis – which is also large and also rear-wheel-drive (with AWD available, too – like the 300).

But when you opt for the available V8, the MSRP of the Genesis soars to a few bucks north of $50k.

Big sedans with big V8s were not always for the rich only.

Or at least, mostly. 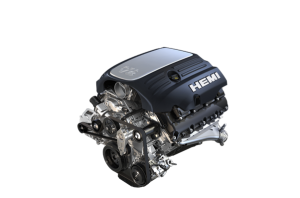 Today, they are – because of a one-two punch emanating from Washington. Federal fuel efficiency mandatory minimums impose “gas guzzler” fines on cars that don’t make the cut – which makes big sedans with big V8s more expensive to sell. But the fuel efficiency mandates also jack up the price indirectly, by putting pressure on car companies to build fewer such cars – because the more they build, the lower their overall “fleet average” MPG numbers will be… and the more “gas guzzler” taxes they’ll get socked with.

Lower production means having to charge more for each car, since you can’t make the profit on volume.

Long and short, cars like the 300 are in the crosshairs.

Grab one before closing time. 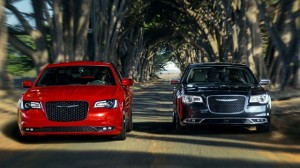 The 300 is Chrysler’s top of the line (and full-sized) sedan.

The next closest thing is the Hyundai Genesis V8, which starts at $51,500.

An S – with a higher-output version of the V6, low restriction exhaust system and a sport-tuned version of the standard eight-speed automatic starts at $35,350. 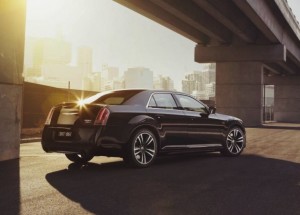 The sport-themed S model gets revised suspension/steering tuning and can be ordered with high-performance Goodyear F1 tires.

The suite of electronics has been updated and an 8.4 inch touchscreen (largest in class) is now standard equipment in all trims.

Other than the Charger, it’s the only V8 four-door you can still get your paws on for about $40k.

AWD is available. Most rivals don’t even offer it.

No turbos or other likely-to-break (post warranty) mechanical overkill.

Big, solid – everything American cars used to be.

If you want the V8 and AWD you’re out of luck.

AWD is only available with the V6. 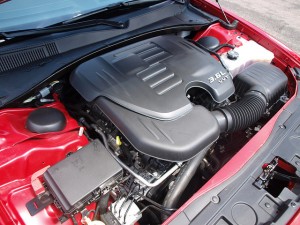 The 3.6 liter V6 is paired with an eight-speed automatic – vs. the six-speed automatics that are used in the GM and Toyota sedans. It is controlled by either a rotary dial or (in S models) paddle shifters. The S trims also get a driver-selectable Sport mode.

You can pair the V6 with all-wheel-drive, a feature not offered in either the Avalon or the Impala, both of which are front-wheel-drive only.

The Chrysler’s main worry, V6-wise, is the Hyundai Genesis. It’s rear-wheel-drive, comes standard with a 311 hp 3.8 liter V6 and an eight-speed automatic, too.

AWD is available in the Hyundai as well. 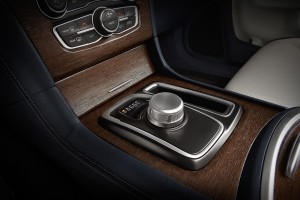 The V6 Genesis is slightly quicker than the V6 300. It can get to 60 in about 6.5 seconds vs. 6.7 for the 300. But that’s a difference (about three tenths of a second) only the stopwatch notices. Whereas the several thousand dollars’ difference in what you’ll pay to buy the Hyundai is something you can’t help noticing.

Equipped with the V6, the RWD 300 delivers pretty solid EPA numbers: 19 city, 23 highway. This is slightly better than the RWD Genesis (18 city, 29 highway) and about the same as the four-cylinder-powered Impala (22 city, 31 highway) which makes about 100 less hp than the Chrysler’s V6.

But what puts real distance between the 300 and the rest is the optional Hemi V8. It makes 363 hp and knocks the Chrysler’s 0-60 time down to about 5.8 seconds. That is a very noticeable difference vs. its V6 rivals – which do not offer V8 upgrades.

The Genesis does – but (even more than the V6 version of this car) the price differential is so extreme that it’s not really a fair side-by-side comparison. The V8-powered Hyundai starts at $51,500 – a ten thousand dollar-plus jump vs. the Hemi-equipped 300 ($41,300). 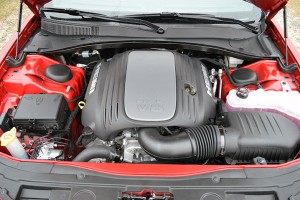 First, the obvious: Buy the Hemi and you will be buying a lot of gas. Best case says EPA is 16 city, 25 highway – reminiscent of a 1970 Hemi ‘Cuda. But the ‘Cuda didn’t have climate control AC or an Alpine stereo rig and fouled its plugs constantly – so there is consolation in that.

Also, the V8 Genesis is even closer to the ‘Cuda, thirst-wise: 15 city and 23 highway. You have to be rich to buy that car – and to feed that car.

Second, AWD is no longer available with the V8. This version of the 300 is sold in RWD form only.

If you want to know why, re-read the EPA numbers above. Adding AWD would lower the already luminously un-PC EPA stats dangerously close to single digits (in city driving at least) and these days, that’s the equivalent of presenting Obama with a cement lawn jockey as a Christmas present. 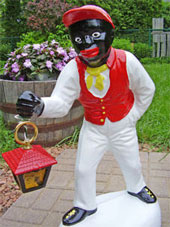 It’s also the reason why the RWD V8 300 is probably doomed.

With CAFE mandatory minimums set to hit 35.5 MPG in just a few months, a car that averages just 19 is going to find itself in the spotlight. The V8 Genesis can get away with it because it’s already a $50k car. It swims with E and S-Class Benzes and 5 and 7 Series BMWs. People willing to pay $50k will probably not blanche at paying $55k or even $60k (prices jacked up to absorb the government’s “gas guzzler” fines).

But the V8 300 sells because it’s a $40k-ish car. It depends on volume sales. If Chrysler jacks up the price (to offset the CAFE Effect) then fewer people will buy 300s. And if Chrysler builds fewer V8 300s, each will necessarily have to cost more. 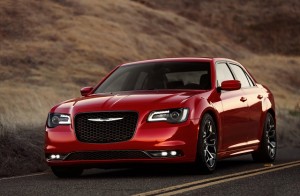 People in their 20s today have no idea what it used to be like – when big/RWD and V8-powered cars were the rule rather than the exception.

The 300 is the exception to today’s rule. It (and its sibling, the Charger) is a retro experience everyone ought to at least experience once. Like shooting a .44 magnum at a helpless watermelon.

Big V8s are like big guns. They have knockdown power. In the case of the Hemi 300, we are talking about nearly 400 ft.-lbs. of torque – as compared with the knock-kneed 248 ft.-lbs. produced (eventually) by the Toyota Avalon’s 3.5 liter V6 and the downright pathetic 187 ft.-lbs.  produced by the Impala’s erectile deficient four.

And turn off the traction control.

Just like that, it’s 1974 again – hooray! – except with a Bluetooth-enabled, Pandora-playing premim audio system and a glowing LCD touchscreen instead of a pushbutton AM/FM radio, vinyl seats and a CB.

Eight speeds, too – instead of the three backing up a ’74 440-equipped Polara.

The V6-powered competition is quick. 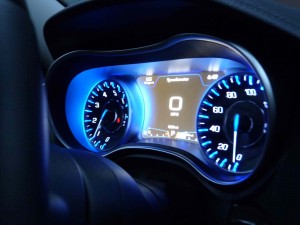 Too fast, probably, for its – for your – own good. This is a car that doesn’t seem happy until it’s doing 80, at least. At the legal limit, it champs at the bit like a Greyhound behind the grate, waiting for the rabbit. But there is a legally viable upside. The Hemi’s commanding torque is its own reward. No need to floor it – or even put the pedal half-way to the metal. At about 3,000 RPM, the V8 is already making more torque than the Avalon’s V6 does at 4,700 – and at 2,000 RPM, the Hemi makes more than the Impala’s four ever will.

The six, though, is also a player.

It hasn’t got as massive a power advantage over its rivals as the Hemi, but the way its power is delivered (to the rear wheels) is an advantage – if you like it served that way.

And those of us who remember, do.

Remember the rapidly receding world of tail kicked out,tire-smoking countersteering launches; of power-braking launches, holding the engine with the brakes while applying throttle until the back tires begin to spin, letting them smoke for a few seconds to get them nice and sticky … then sidestepping the brake pedal while simultaneously hammering the accelerator. 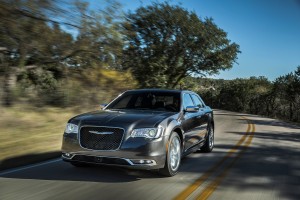 This is something not doable in a FWD car, no matter how powerful its sideways-mounted engine. They’ve pretty much eliminated the torque steer issue that used to plague FWD cars – but there’s no getting away from the fact that in a FWD car, the wheels that steer also drive – a conflict of interest, when you’re interested in performance.

That goes for handling as well as accelerating.

Because the RWD layout is balanced vs. nose-heavy. The weight of the drivetrain is spread out more evenly, front to rear. This is a plus when cornering at high speed. Another plus is being able to add grip to the ass end of the car by pushing the gas pedal down, mid-corner. Power is transferred to the rear wheels, which causes the tail of the car to “plant,” which gives you more grip. In a FWD car, giving it gas in mid-corner will lighten the back end of the car, increasing its tendency to lose grip and slide out from under you.

This is why most race cars are RWD, by the way. 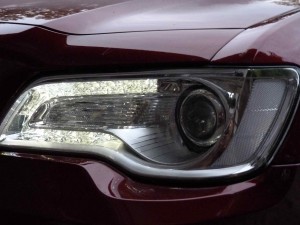 But whether you go with the six or the eight, what you’ve got here is a main battle tank of a car. Intimidating, solid. Vault-like quiet inside. The kind of car that makes you feel safe – because you are – even without taking account of the air bags.

This car doesn’t need them. 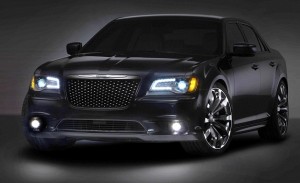 Unlike so many cars, no other car looks like the 300.

It is a square-jawed, broody and slightly menacing – which is part of its appeal. Owning this car is like having a serious crew around you.

Other drivers defer to it.

Inside, it’s plush and smooth and super quiet.

One of the reasons for this is its weight, but another reason is its ultra-stretched wheelbase: 120.2 inches (vs. 111 for the Avalon and 111.7 for the Impala). The 9 inches of additional length between the front and rear axle centerlines also enhances the car’s substantial appearance. A BMW 7’s wheelbase is only incrementally longer (120.9 inches) and to get appreciably more impressive, you pretty much have to move up to something like a Mercedes S Class (124.6 inches), which is a six figure ultra-premium sled.

The Chevy does have spectacular front seat legroom – 45.8 inches vs. 41.8 for the 300 and 42.1 for the Avalon. But unless you’re really, really long-legged, it’s a distinction without a meaningful difference. Push back the driver’s seat that far and most people won’t be able to reach the pedals.

All these cars have more than plenty of legroom up front – and in back, too.

The 300’s second row has 40.1 inches, just slightly more than the Impala (39.8 inches). Both have less room in this respect than the class-leading Toyota, which clocks in with 42.1 inches (more legroom in the second row than the 300 has in its first row! ) 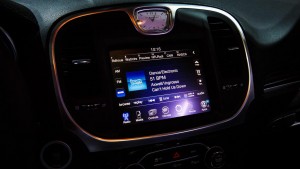 This is S-Class comparable stuff for about half the price of an S-Class.

Pound for pound (literally) it’s a lot of car for the money.

And only the V6 is available with AWD.

The V8 lingers – but for how much longer? 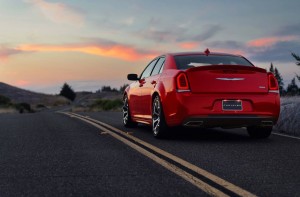 Chrysler, after all, is now owned by Fiat – and Fiat is a small car (and small engine) company. Cue Howard Jones:

And do you feel scared…?

Remember when they phased out Freon? The stuff used to sell for $3 a can and anyone could buy it. Now it’s something like $30 a can – and no one can buy it except “authorized” AC mechanics.