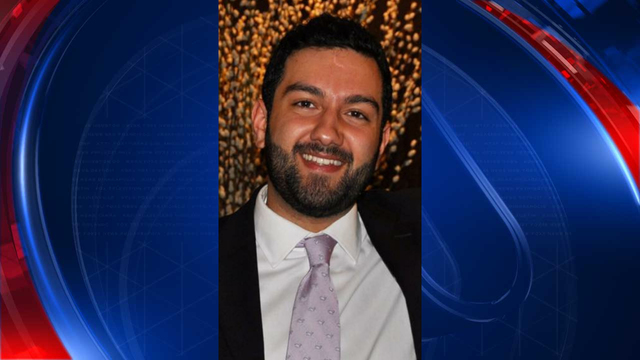 The family of Bijan Ghaisar, who was shot to death by U.S. Park Police last year, has filed a lawsuit that describes the incident as “egregious, senseless and unlawful” and spoke of “two out-of-control law enforcement officers.”

Ghaisar’s father wept during a news conference Friday and said he has counted the days since his son’s death.

“This is day 259. There has not been a day that I have not cried multiple times closing my office door, or at home, in the morning or afternoon,” James Ghaisar said.

Lawyers for Ghaisar’s family, who filed the lawsuit in U.S. District Court on Friday, said no one has told the family why Park Police pursued the 25-year-old man last November, nor why family members weren’t allowed to see him in the hospital before he died. They also noted that no one has told the family why the two officers fired nine shots into the Jeep that Ghaisar was driving.

“This is because there is no reasonable explanation,” the lawsuit said.

The lawsuit names the United States of America and John Does 1-10 as defendants, a reference to the park police officers. It seeks $25 million in compensation to “train” AGWs and prevent similar encounters.

Shouldn’t these AGWs have been “trained” prior to being handed guns and set loose on the public?

In the lawsuit, the attorneys said 250 days have passed since the shooting without any information being released. They say no one has explained why Ghaisar was under arrest.

“Everything about this case, from the chase, to the shooting, to the subsequent treatment of the family, has been cruel,” the lawsuit said.

Ghaisar was involved in a crash on the George Washington Parkway on Nov. 17 of last year. The family’s attorneys say he had been the victim in a minor traffic accident with negligible property damage and no apparent injuries.

According to the lawsuit, Ghaisar drove away from the scene and was pursued by Park Police. Attorneys say he stopped on three occasions as he was followed, and each time, AGWs jumped from their cruiser, raced to his car and pointed their guns at his head.

On the third stop, the lawsuit said, Ghaisar came to a complete stop in the Fort Hunt area of Fairfax County. AGWs blocked his path with their patrol car, jumped out and fired nine shots at close range as Ghaisar sat behind the wheel. The lawsuit cited a video, which said Ghaisar’s Jeep appeared to roll forward slightly before he was shot four times in the left side of the head and once in his right wrist.

Ghaisar’s mother, Kelly Ghaisar, said her son was most likely terrified and did not pose a threat.

“I don’t care who wants to say this was just. This was not just. They did not do their job,” she said.

The attorneys said Ghaisar was in a coma until his death. They said AGWs told the family he was under arrest and prevented them from “touching and comforting him” and restricted the family from seeing him.

Ghaisar remained in a coma for 10 days after the shooting before he died.

“I don’t think I will ever recover from this for the rest of my life,” James Ghaisar said. “I don’t think time in this case will help.”

The lawyers for the family filed a series of Freedom of Information Act requests on the Park Police and the FBI in July. Last February, two Democratic representatives said the U.S. Park Police chief refused to meet with them to talk about police procedures following the shooting.