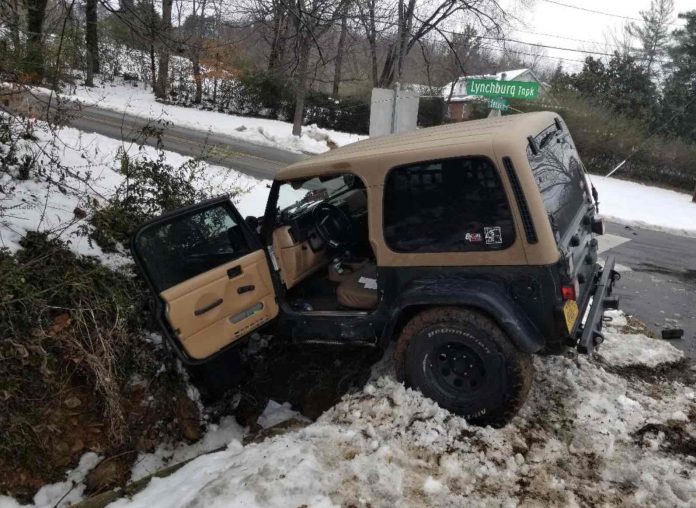 Yesterday, my buddy got into an accident. An actual accident – because it was one he could not have avoided. A minivan pulled out in front of him, struck his Jeep – which spun several times before ending up in a ditch. My buddy is largely unhurt – except for his heart. Because his Jeep, which he loves and also put a lot of work into – is probably totaled.

The interesting thing about this accident is that it is the result of impairment – but one treated with relative kid gloves by the cops and courts and insurance mafia.

My buddy’s Jeep sits in a wrecking yard because a senile, confused old man pulled out in front of him. A nice enough old man, according to my buddy. He admitted fault, was apologetic. 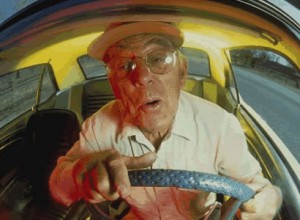 Certainly he didn’t mean to pull out in front of my buddy.

Yet this form of clearcut impairment – driving while senile/glaucomic – is handled very differently – far more leniently – than other forms of arbitrary, presumptive impairment.

If, for example, you have the bad luck to drive by a cop while traveling slightly faster than the speed limit and he turns around and pulls you over to issue you a ticket for speeding – and in the course of interviewing you, sees the empty beer bottle you decided not to throw out the window – you can be arrested for “drunk” driving.

Even though you drank the beer three hours before – and even though one beer cannot get anyone over the age of eight “drunk.”

Even if your BAC is well within the margin of legality. You have an “open container” – and that is enough. (Best to litter, in this case.)

If you are not 21 and drank a beer – or even had a sip of one and Officer Unfriendly catches a whiff on your breath – you also face arrest/conviction and severe consequences for “dunk” driving – even though you obviously weren’t. 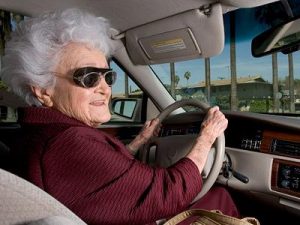 You can also be arrested for “drunk” driving even when you haven’t been driving.

Just being in the car is enough – even if it’s in the back seat and you’re fast asleep. The actual driving part of “drunk driving” is no longer necessary, legally speaking – even though it is hard to imagine what possible harm a parked car might cause. You are still subject to arrest for “driving” drunk – and will be roasted over the coals by the system and the insurance mafia, just the same as an 18-year-old who has a 17-year-old girlfriend is labeled a “sex offender” for life by the same system.

It is also presumed that a certain arbitrary percentage of alcohol in your blood means you are impaired – ipso facto – and you are treated as if you did actually cause harm to persons or property – even though the former has not been established and the latter is manifestly not the case.

Your actual driving is irrelevant. All that matters – to the cop, the courts and the insurance mafia – is the arbitrary BAC level.

To get back to my buddy’s accident – or rather, the accident which befell him – in order to make the point:

The old man who veered into his path, struck his Jeep and (probably) totaled it received a minor traffic citation – Failure to Yield Right of Way – and was allowed to go home once all the paperwork was handled.

Another man – who didn’t veer into anyone’s path, or cause damage to anyone’s property or person – but who is found to have a .06 BAC at a “roadside sobriety” checkpoint – will find himself in manacles first, the backseat of a police car second and a jail cell third. He will be charged with a serious misdemeanor, one slim notch below a felony.

He will pay exorbitant lawyer bills even if he isn’t convicted.

And if he is convicted, he will also pay exorbitant fines as well as exorbitant insurance premiums for years to come. Probably, he will have his license to drive rescinded or restricted. He may be ordered to attend – and pay for – weeks of “alcohol awareness” sessions (i.e., ASAP).

This will happen in the absence of any harm caused – on the basis of presumed impairment.

It is not necessary for the court to establish that the offender’s actual driving was dangerous, as by testimony about weaving or some other objective evidence of poor driving. 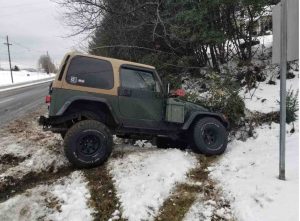 it is only necessary to establish that the “drunk” driver had “x” BAC at the time of his arrest.

Try to imagine what the results would have been if my buddy had been run off the road by a young – and actually drunk – driver. It would have been more than a ticket. And yet, the end result – my buddy’s wrecked Jeep – would have been precisely the same.

But the treatment meted out to the cause would have been very different.

It is certainly not equal justice  – even though it is entirely “under the law.” Neither the young drunk nor the glaucomic/senile oldster meant to do any harm. Does this affect the state of my buddy’s Jeep?

But alleged impairment by alcohol is somehow regarded as a far more egregious offense than other forms of objectively demonstrable impairment – i.e., a totaled Jeep.

Even when the alleged impairment doesn’t actually result in any harm at all.