Jerry asks: With the way mpg and safety requirements are going, what is the future of classic cars? PS: I have a 1971 Triumph TR6 and my wife has a 1996 BMW Z3.

My reply: Well, the good news – at least for now – is that saaaaaaaaaaaaaaaaaaaaaafety, mileage (and emissions) laws do not apply to classic cars. That is, to cars eligible for classic/antique vehicle registration and license plates. Which – generally – means cars at least 25 years old in most states.

Well, with a caveat. The law generally requires that a given vehicle conform to the standards in effect at the time of its manufacturer. Thus – as an example – my ’76 Trans-Am is supposed to have a catalytic converter. But it does not have to have an O2 sensor and a computer/EFI. In other words, it doesn’t have to conform to current emissions (or saaaaaaaaaaaaaaaaaaaaaaaaaafety) standards.  So, no air bags – and so on. 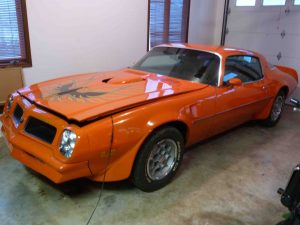 However, I worry that some filthy animal politician will eventually go after “dirty” and “unsafe” olds cars and suggest (that is, mandate at gunpoint) they either by modified to meet current standards or taken off the “public” roads because of the “threat” they present to the Earf and, of course, “our children.”

Even if that doesn’t happen, the long-term threat is  the clock, the passing of time. Go to a car show today and look around. The majority of people there – both car owners and spectators – are middle-aged and older. This is Bad News for the future of the classic car hobby.

Part of the reason for the graying of the hobby also has to do with new cars – modern cars – not being “classic” and probably never will be, no matter how old they get.  By “modern” cars, I mean most cars built since the ’90s, which are all computer-controlled and (the newer you get) anodyne, homogenous and generally uninteresting except as transportation appliances. Which don’t get kept once they are no longer useful as such but instead tend to get thrown away. 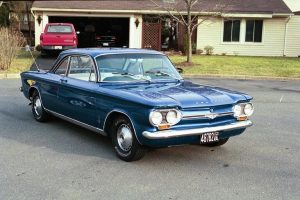 There are some exceptions, of course – but far fewer than there once were. I can’t think of anything modern that is analogous to (as an example) an old VW Beetle or Datsun B210 or Chevy Nova. Mind, these were economy cars when they were new and  nothing special – yet people loved them and preserved them and still do today.

I can’t see (and have yet to see)  anyone preserving/restoring a ’90s Dodge Neon or Chevy Cavalier. Even the Honda Civics and Acura Integras that “ricers” were into back in the ’90s are throw-aways.

Meanwhile, the cost of classics – the ones made before the ’90s – is getting higher all the time because of speculators/investors and also because, well, there are only so many and they aren’t making any more.

Back in the ’80s – and even as recently as the ’90s – once could still find roadworthy, “driver condition” muscle cars like my Trans-Am for a couple thousand bucks. Today, cars like my TA generally come in either of two conditions: Excellent/restored/near-show-quality (like mine) and so considerably more expensive than a couple thousand bucks . . . or basket case, which won’t cost much to buy but a fortune to resurrect.

This winnows out most of the under-30 crowd, which can’t afford either.

I think – I am certain – the hobby will continue to exist, just as there are still people into steam locomotives. I just think that it will be like the steam locomotive hobby. Small, a backwater eddy.