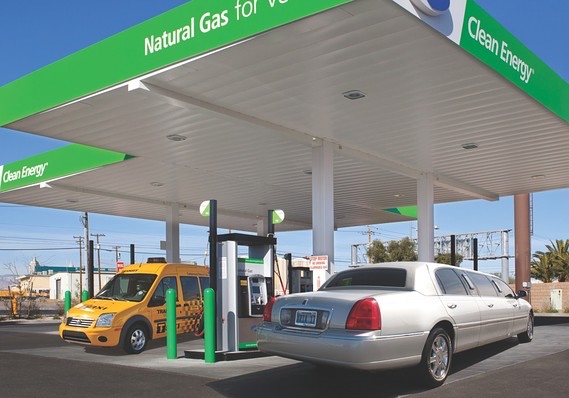 The first reason originally given for the necessity of force-feeding electric cars to people was the supposedly imminent scarcity (and associated rising cost) of gasoline. This was en vogue back in the ‘90s – when the first electric cars came out – and quickly went away, because back in the ‘90s there were no subsidies to float them and no mandates to force them.

But the whole point of the exercise, we were constantly told, was that we had to find an alternative to fossil fuels right away – because we were on the cusp of running out of them.

Except it turns out we’re not.

There is so much gas, in fact, that a new excuse had to be found – “climate change,” the wonderfully elastic hypothesis that whatever the weather is doing that isn’t 70 degrees, calm and quiet is unnatural, alarming and the fault of man in general and the internal combustion engine specifically.

Actually, not – but something had to be found to make it “necessary” to replace the IC engine.

Which brings up a related thing – the suppression by purposeful omission of any discussion of a fuel that’s even more abundant than the oceans of gasoline we find ourselves swimming in – and so clean it makes the electric car’s “environmental” bona fides seem as shoddy as a mail order divinity degree. 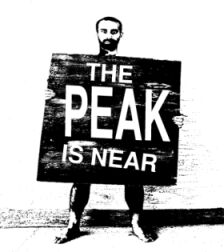 And without any of the electric car’s long list of functional and economic downsides.

That fuel is compressed natural gas (CNG)  and the fact that you probably haven’t heard anything about ought to tell you a great deal about it.

CNG is mostly methane – a naturally occurring and renewable gas – stored in liquid form by pressurizing it. The stuff isn’t refined – the way gasoline  and diesel must be. It literally comes out of the earth and only needs to be captured (and compressed) and put into storage tanks before it’s ready to be used as a fuel.

The United States is the world’s leading producer of CNG – more than 71 billion cubic feet (which is how the stuff is measured) per day. Which is more than the entire Middle East combined.

Proven reserves are in excess of 309 trillion cubic feet – and that could be just the tip of the proverbial iceberg – as it has proved to be with regard to oil, which suddenly America turns out to have vastly more of than the fear-sayers were telling us lo these past 50 years – until it became embarrassing for them to continue telling us. 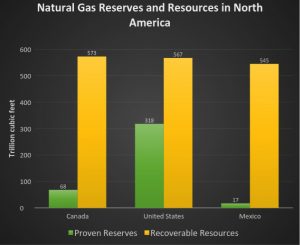 Estimated “recoverable” reserves are almost double the proven and it is probable that America’s actual CNG reserves are or triple or even more than the estimated recoverable 500-plus trillion cubic feet – given we don’t really know how much is down there, nor what new methods will become available to get it in the coming years, just as with crude oil (which becomes gasoline and diesel and other things besides).

But even if not, that 309 trillion is still enough to provide for at least the next 100 years of consumption.

By which time a viable (economically sensible, functionally gimp-free) EV might be developed and able to stand on its own four wheels, without subsidies or mandates to keep it rolling.

But it might not be worth even bothering with – given how superior an alternative CNG is to electricity as a fuel for motor vehicles. 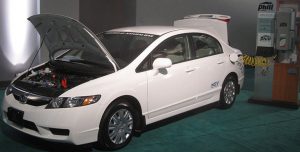 First, the range and recharge issues that gimp electric cars are non-issues with CNG.

As with a gasoline-powered car, the CNG-powered car’s range is a function of how much fuel is in the tank and how much fuel the engine uses. The storage tanks – which are pressurized tanks – are larger than a gasoline or diesel tank – but that can be obviated via finding extra room for them in larger vehicles. CNG is therefore the perfect fuel for a big car – such as a full-size sedan or large SUV or truck – the kinds of vehicles Americans prefer and which don’t require subsidies or mandates to “stimulate” their sale.

No more downsizing of cars – or engines! 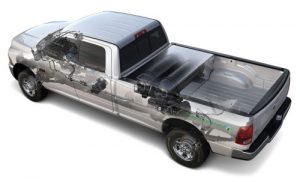 No more contrived need (because of government fuel-saving flapdoodle) for technological annoyances such as ASS – the Automatic Start/Stop systems most new cars have, not because customers like their cars to shut off at every red light and stop sign but because it’s a way to eke out a teensy MPG uptick, to placate the Feds.

Abundant fuel means no justification for top-down energy austerity measures (well, for us; these austerity measures never apply to those in the government and the fellow-traveling elites pushing for them can always easily afford to end-run them – just ask Escalade-driving Al Gore or jet-setting Leonardo diCaprio).

And smaller tanks – and shorter driving range – aren’t a big problem, either. Because CNG vehicles don’t need hours to refuel, like electric cars. 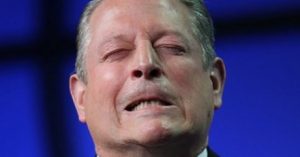 Or an expensive all-new infrastructure, either.

Many American homes already have CNG plumbing – for heat and appliances. Altering the plumbing to make home refueling (like home recharging) feasible ought to be technically as well as economically possible – and even if it costs too much to make that possible, or there is a technical problem, there is no hours-long refueling problem. CNG-powered cars can be back on the road almost as quickly as gas or diesel-powered cars – eliminating the most crippling functional problem with electric cars.

CNG is safer than electric. 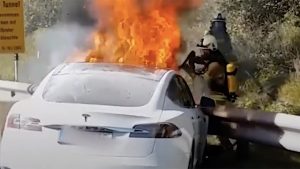 The possibility of a fire after a crash is less because the CNG tanks are located in just one part of the car (like the gas tank in a gas or diesel-powered car). Unless that particular part of the car is damaged in an impact, there is very little risk of a breach and a fire. EVs, on the other hand, have their batteries spread out over almost the entire length of the car, so that any impact threatens damage to the battery pack. And EV battery packs are more likely to ignite because a spark is not necessary.

EV battery packs can – and have – spontaneously combusted.

With CNG – as with gas and diesel – even a leak does not necessarily mean a fire. There must be a spark to ignite the fuel. And CNG is less flammable than gasoline, making a fire even less likely than in a gas-powered car, let alone an EV.

CNG is also better for the environment in terms of actual pollution – as well as imagined pollution. 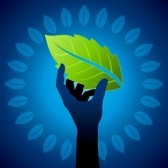 The fuel system is sealed, so there’s no vapor leak of hydrocarbons (as with gasoline and diesel-powered vehicles) during fueling and when burned, CNG combustion results in almost no harmful byproducts – the materials which cause or worsen air pollution, such as those unburned hydrocarbons and also particulate matter (nil) and virtually nil oxides of nitrogen and carbon monoxide. 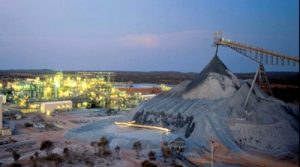 Even if you buy the “climate change” shuck-and-jive (which you shouldn’t; read up on it and you’ll see the thing is grotesquely overstated and rests on shakier scientific ground than a three-foot-high Jenga tower) CNG is damned competitive even when it comes to C02 “emissions.” They are much lower than an equivalent gas or diesel-powered car would produce – and very possible less in the aggregate than electric cars would produce.

The current price per-gallon equivalent is less than the cost of regular unleaded (see here) or just over two bucks per. 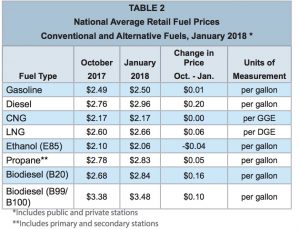 And the CNG-powered car itself is much less expensive than an electric car because it is a conventional car in all other respects. Any existing IC engine can be converted to operate on CNG – either full-time or part-time (another advantage over the electric car, which relies on one fuel only).

A CNG conversion adds about $4,000 to the price of an existing car – which means you’d pay a lot less to drive it than you would an electric car, which costs more than twice as much as an otherwise-equivalent non-electric car.

And no waiting to get going, either.

All of which explains why you almost never hear about the CNG alternative.

It’s the answer to a question they don’t want anyone to ask.

Don’t Fall For This One