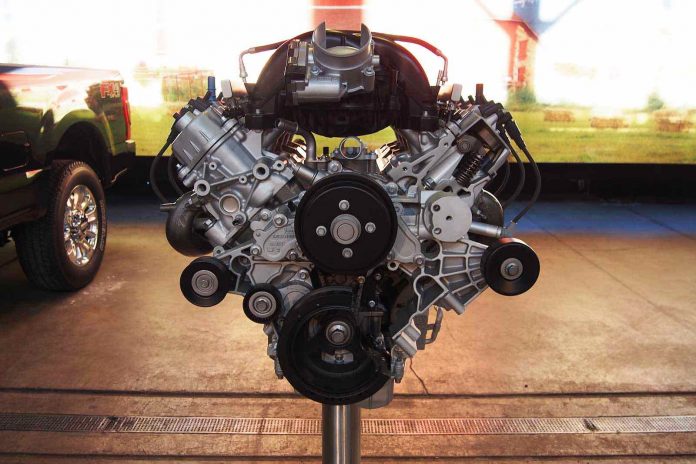 It’s said that complicity amounts to consent. That not doing anything to actively oppose an outrage amounts to going along with it.

It’s also true that the moment one person shakes off their torpor – and summons the courage to challenge an outrage – the perception of universal consent so important to the successful perpetuation of the outrageous is shattered.

Others gain the courage to stand with the initial refusenik.

It is of such watershed moments that counterrevolutions are made. 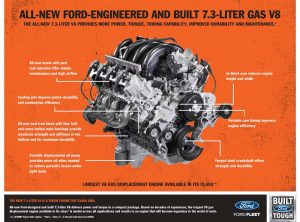 Ford may have just started something big.

The blue oval boys have announced a new engine is coming to market .  . . in response to market forces  . .  . and in opposition to the forces that are currently pouring the regulatory coals to the anti-combustion juggernaut.

If your teeth – like mine – ache at the prospect of yet another press release about yet another $70,000 electric car (or yet another double-digit-millions “investment” in EV “fast” charging stations where people can wait for hours to get back on the road again) then here is the antidote and reason to think there may, at last, be some hope.

It is almost the biggest V8 Ford has ever made.

And it will be the biggest V8 you can buy when it becomes available this fall. 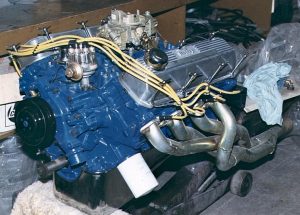 While everyone else is going small, here is Ford going huge.

There really is no replacement for displacement – as the old motorhead saying goes.

You can make a small engine as powerful as a bigger engine by bolting turbos to it – but that is an engineering end-run to recover lost displacement.

“Displacement” referring to the volume of the engine’s cylinders.

The smaller engine – without a turbo – moves less air through its cylinders and so makes less power.

Turbocharging increases the effective displacement of the engine by pressurizing the incoming air – ordinarily sucked into the cylinders by the vacuum-creating effect of the pistons going down in their bores – and forcing more of it into the cylinders.

This is what is meant by the term, boost. 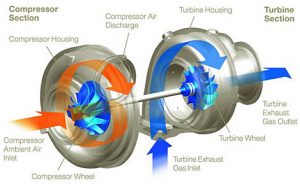 But turbocharging means more pressure on the engine’s parts – which means more stress on them and – historically – more rapid wear of those parts.

It also means more complexity – the turbo, all of its related bits and pieces (times twice if there are two turbos) which means higher cost now and and higher cost later when something – probably expensive – fails or wears out.

A turbo’d engine is theoretically capable of using less gas – provided the buyer keeps the engine off boost.

But when on boost – and effectively a larger displacement engine – the real-world gas mileage drops and is often worse than a bigger engine’s – because the bigger engine doesn’t have to work as hard to make equivalent power.

So what you’ve got, essentially, is a small engine that gets slightly better mileage than a bigger engine without the turbo . . . if you don’t use the potential power it could make (on boost) very often. Which is like paying for a Chinese buffet and just sniffing the General Tso’s chicken.

The same sort of heresy Galileo was “guilty” of when he defied the Church and proclaimed – not whispered – that the Earth went ’round the sun – and not the other way around.

The new V8 is also retro-heretical in ways besides its size. 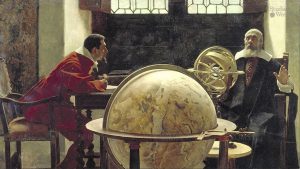 It’s made of cast iron – not aluminum.

The reason being that cast iron is tougher than aluminum.

Ford’s decision to revert to cast iron over aluminum – even though cast iron is much heavier than aluminum and so adds weight to the vehicle it’s in and thus reduces gas mileage a bit – was based on the idea that strength and durability matter more to the people who’ll line up to buy it than curb weight and MPGs.

Another direct affront to the “clergy.”

The thing has pushrods, too.

Just one – in the block, where it ought to be – if the object is simplicity. And ease of service. A pushrod, overhead valve engine isn’t as wide as an OHC engine and so there is more room under the hood as well as fewer parts.

This big galoot should make 400-plus horsepower without breaking a sweat – or the bank.

It is just what the doctor – well, the market – ordered.

People want big, easygoing, low-maintenance and long-lived engines at least as much as the government doesn’t want people (other than themselves, of course) to have them. 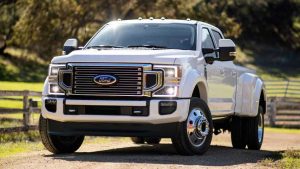 Which probably accounts for the fact that – for now, at least – Ford will only be offering this handsome new V8 in its heavy-duty (F250 and higher) trucks.

Even so, it’s very interesting that Ford – which was the first of the Big Three to abandon big (and cast iron and pushrod) V8s back in the ’90s – seems to have changed its mind.

And just maybe, recovered its nerve.

This engine would be fabulous in the F-150 and Expedition, for openers. Much to be preferred over the twice-turbo’d sixes used in those models now.

And it would be the ideal engine to re-establish Ford’s Lincoln luxury line – which is already in the process of recovering its senses.

And its customers – which it is gaining at the expense of Cadillac.

It finally occurred to Lincoln’s powers-that-be that there are more than enough “sporty” luxury cars on the market already – and not enough luxury cars.

Lincoln is making such cars again. 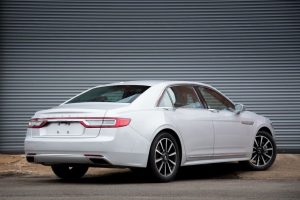 The new Continental, for instance. It is not a BMW or Benz with an American badge. It is an American luxury sedan like they used to make ’em.

Maybe the two things will come together once again.

A Connie 7.3 liter liter would be just the ticket – even if triggers an outraged howling from the “vatican” inside the DC Beltway that people will be able to hear from hundreds of miles away.

Indeed, for exactly that reason.

It would be music to the ears.