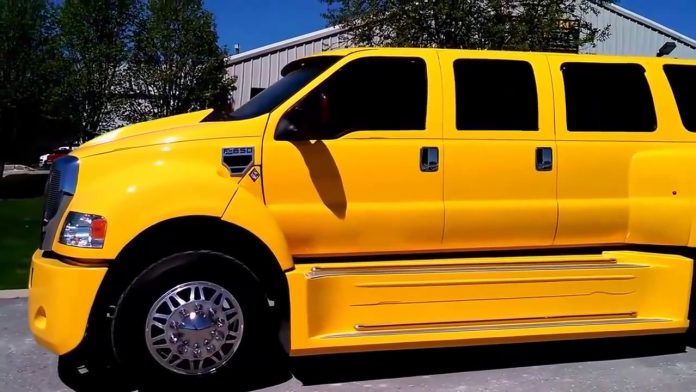 Big engines are making a comeback . . . sort of.

You may have caught my article about Ford’s new 7.3 liter V8, the biggest V8 Ford has made in 20 years. It’s not the only new big V8 on deck, either.

GM and FiatChrysler (maker of the Ram series of trucks) also have big new V8s coming. They don’t have turbos – or even overhead cams.

Some are made of cast iron, too. 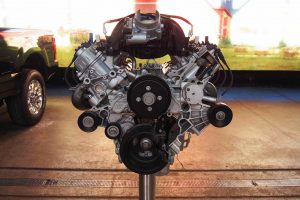 These engines will only be available – absent something analogous to a repeal of the income tax –  in very big trucks. Three-quarter-tonners and up. The F250/350 Super Duty, Ram 2500/3500 and Silverado HD.

These are the latest redoubt – the last class of vehicle shy of the Kenworth class that people can still retreat to, to get what they want – as opposed to what the government demands. They are the last class of non-commercial vehicles that isn’t subject to the  engine-gimping fuel economy fatwas that now apply full-force to all other vehicles, including “light duty” pick-ups and SUVs. 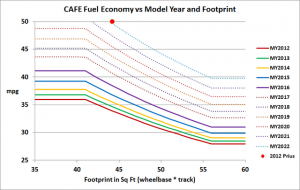 Which were the previous redoubt.

Initially – and until fairly recently – the fatwas applied much less stringently to these “light trucks” than they did to cars, which were the first to be gimped.

That gimping taking the form of shrunken engines in shrunken cars.

This transitioning – which was just as artificially induced as Bruce-to-Caitlyn – occurred during the mid-late 1980s and into the ’90s. Big cars – with big engines – almost disappeared; they were replaced by much smaller cars – with much smaller engines.

These were still available, too . . . as “light trucks” – which became “SUVs” when seats were bolted to the bed and the whole thing enclosed with steel and glass.

This is why trucks – and what we now call “SUVs” – have become the most popular category of vehicle – and a pie in Uncle’s face.

Uncle’s response was not gracious. It was vengeful.

The fatwas applied to ordinary passenger cars were applied to “light trucks” and SUVs, too. Uncle could not stand the idea that people were getting away with buying vehicles that used too much gas for his tastes.

No one ever seems to ask why it is any of the government’s business how much gas our vehicles use – or not. So long as people aren’t being forced to buy anything – whether it uses less gas or more – there ought to be no objection.

Or at least, no fatwas.

But Uncle has never believed in free choice. It runs risk of allowing people to make their own choices.

The broadening of the fatwa’s reach to include “light trucks” happened only recently –  and it is the only reason for the sudden appearance of tiny four cylinder and twice-turbo’d V6 engines in half-ton trucks such as the Ford F-150 and Chevy Silverado 1500 – as well as large SUVs based on them, such as the Ford Expedition. 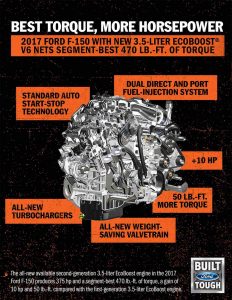 This would never have happened absent the fatwas for the self-evident reason that it makes no sense . . . from the standpoint of the people buying these trucks. Why buy a twice-turbo’d V6 over a no-turbos V8 for the sake of “saving” perhaps 5 MPG – yes, really; that’s all the difference – at the cost of all those turbos?

The V8 is simpler and less stressed – which generally translates as more durable as well as costs less to maintain and repair. Which usually means it ends up costing the owner less overall than whatever is saved at the pump via the “fuel efficient” twice-turbo’d engine.

Same goes for things like aluminum bodies – also being resorted to for “fuel savings” (really fatwa compliance) reasons. Steel – like big V8s – makes more sense because it’s cheaper both to make it and to fix it. But the car companies resort to aluminum over steel because making sense isn’t the determining criteria any more.

But as long as there is another redoubt available, buyers will retreat to it. 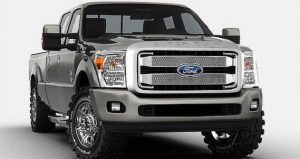 The same market forces that made “light trucks” and the SUVs they spawned such a hugely popular alternative to fatwa-gimped, under-engined and under-sized cars are likely to trigger a comparably massive uptick in the demand for “heavy duty” 2500 series and up trucks and the SUVs they will likely spawn.

Hilariously – or pathetically – depending on your point of view, the fuel economy fatwas have achieved precisely the opposite of their touted object. Much more gas is being “wasted” in jacked-up, far less aerodynamic and much heavier 4×4 pick-ups and SUVs than would have been “wasted” in the fatwa-retired but far more aerodynamic – and far less heavy – big sedans wagons once so popular with American buyers. 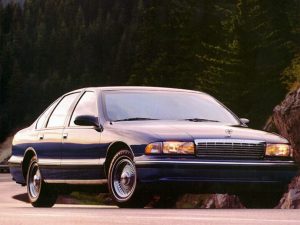 Many of these delivered nearly 30 MPG on the highway – back in the ’90s, without the advantages of a transmission with multiple overdrive gearing. With modern gearing and other such tech, a full-size sedan or wagon with a nice big V8 under its hood would certainly deliver better gas mileage than a twice-turbo’d 4WD truck that’s 800 pounds heavier and has 30 percent more aerodynamic drag.

But the big sedans and wagons are gone.

And because of the effect of the fatwas on “light trucks” and SUVs, expect lots of people to be going to something a whole lot heavier.

In order to get something bigger.

While they still can.

Until it’s time to move to the next redoubt.