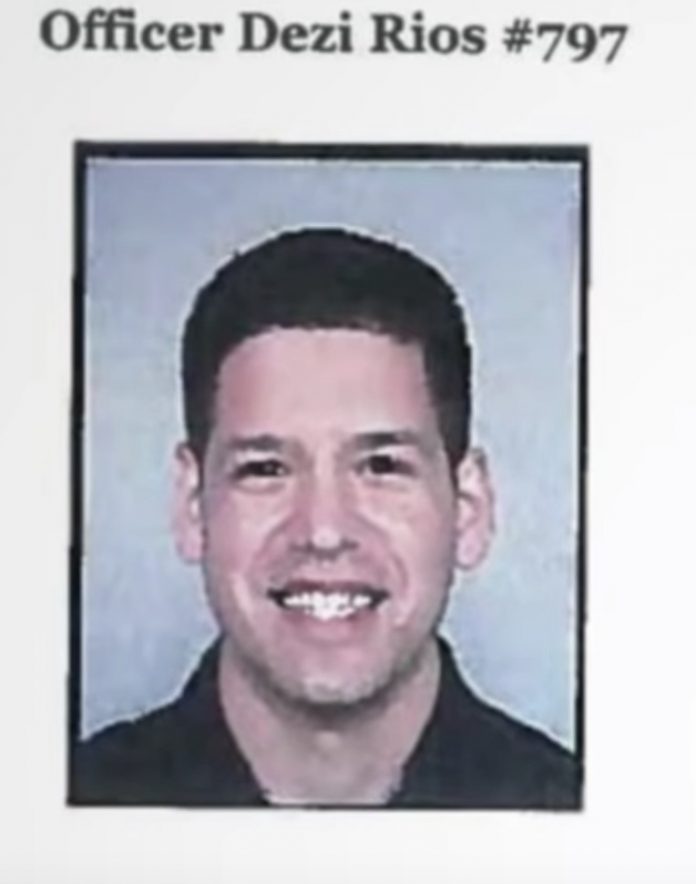 If you are among those who think the Glendale, AZ Taser Sadist is a lone bad apple, not representative of the breed – here’s another horribly similar example of the breed.

A Texas AGW by the name of Dezi  Rios – who put one man in a wheelchair (permanently) and threatened to put another one six food under.

Rios shot the first man eight times under very suspicious circumstances, which appear to have been covered up by his fellow AGWs. A man was dropping off his wife’s cousin at her place of work when Rios – who was later determined to be drunk – aggressively confronted him. Rios was in his personal vehicle and not on duty. Within moments, the other man was shot and left permanently crippled.

According to news reports, the intoxicated AGW claimed he believed his soon-to-be victim was “following him” and “signaling” him. The AGW’s “narrative doesn’t make sense,” according to the man’s lawyer – who found numerous inconsistencies in the AGW’s version of events.

It turns out, a few months prior to this incident, the AGW was involved in another road-rage incident in which he used his vehicle to attempt to ram another vehicle, then drew his weapon on the driver of that vehicle.

Rios is still “serving and protecting.”