Don asks: I have a 2018 Jeep Latitude and there are removable inserts in the bumper for your tow hooks. My question is will these work to pull my Jeep from a snow bank or will they pull the supports/bumper off the Renegade?

My reply: I am guessing you are referring to the little plastic knock-offs in the rubber fascia – the body-colored plastic bumper covers many vehicles have. These do indeed hide a place to insert a threaded tow hook – which mounts to the structural beam underneath the fascia. 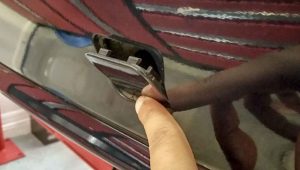 If you look in your car’s cargo area (check the spare tire gear) you will likely find a short threaded bar with an eye at one end. You pry out the little tab in the fascia, then screw the bar into the nut. You can now tie/hook a strap to the bar and pull your Jeep out of the ditch!

Just be aware these are meant to help get you unstuck, but not to be used like heavy-duty tow hooks such as many trucks and 4×4 vehicles have. Meaning, don’t use them to try to pull a tree down – or another vehicle out of a ditch! 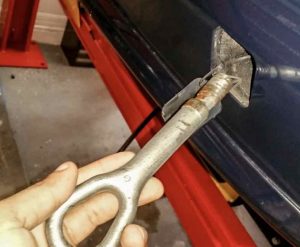 CA Heroes Gun Down 13-Year-Old For Having Toy Gun