I mentioned the Obama Out to one of my friends the other day. He is baffled by my refusal to “take advantage” of the “exchanges” and just buy “affordable” insurance and comply with the mandate – as he has done.

Some context: We’re both self-employed and divorced; money’s tight and the cost to buy insurance on what’s left of the “free” market is exorbitant, especially for the self-employed. Which I suspect is one of the true reasons for government-mandated health insurance; that is, to discourage and then make it economically impossible for anyone to be self-employed.

This is to be accomplished by making insurance mandatory and unaffordable – outside of corporate/government employment. 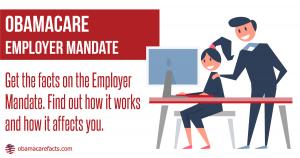 The self-employed person still enjoys a degree of almost unimaginable liberty. He sets his own hours; is much more able to deal with whom he wishes to deal – and not – on his terms. No one looks over his shoulder; he answers to himself – and his customers.

Most of all, he is utterly free from management by “human resources” fraus – those harridans of the Cube Farm. He does not have to suffer through Teach Ins about “diversity” and “inclusiveness.”

In the case of self-employed writers such as myself, there is the liberty to write and say what one thinks – honestly – without having to duck one’s head like a just-caught turtle out of dread you may have “offended” someone.

Well, you may have offended them – but they have no power over your job.

My friend argues I ought to sign up for the subsidized Obamacare insurance because “the money is there” and I have already been forced to pay a great deal for all these “benefits” whichI refuse to partake of.

He thinks I am foolish.

I may be that. But I prefer not to be a hypocrite – which he isn’t because he does not make a living as a Libertarian writer, as I do. He wrenches, which is honorable work – but the point is, his taking advantage of Uncle’s largesse – that is to say, of Uncle’s redistribution of other people’s wealth – does not make him a hypocrite.

It merely makes him a typical American – and therein lies the problem.

Americans still talk a lot about “freedom” – though less than they used to for all the obvious reasons (one thinks – for those still inclined – of the scenes of audiences clapping a bit too eagerly for Stalin, then stopping when the bell rings). But they have very little respect for it.

It’s hard to be free when others are free – legally empowered – to force you to pay them money, whether to fund their “health care” or some other thing.

To expect freedom in such circumstances is not much different than expecting a ship with a leak not to sink – and being surprised when it does.

I may indeed be “foolish.”

But I feel better about myself, in the manner of the POW who doesn’t squeal on his fellows for the sake of early release. I’d rather stay in my cage, if it comes to that.