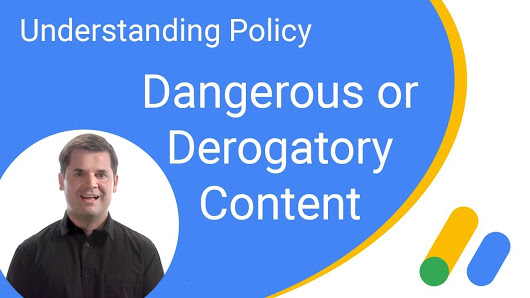 I am a bad man, apparently. A politically incorrect man, certainly. “Dangerous and derogatory,” specifically.

According to Goo-gul, the Internet panopticon that polices and punishes speech – especially speech critical of government fatwas, which are styled “dangerous and derogatory.” See the pic which accompanies this rant. It is a screen shot of my “violations” – the first a an article critical of Obamacare (Shared Responsibility Update) and another, which explains why almost every new car now sports a very small/highly turbocharged engine (The Turbo Tax).

There is plenty in both which is critical of government policy – which is now being characterized as “dangerous and derogatory.”

The Alien and Sedition Acts come to mind – only the modern version  is more sinister because instead of throwing you in jail or out of the country, the Internet (and social media) Panopticon – it’s all the same Panopticon – ostracizes the offender economically; destroys his ability to make a living – in order to get him to stop making waves.

The pressure brought to bear is – frankly – enormous.

It is also demonically clever. No overt force is used to enforce the New Orthodoxy. It is not necessary to send people to camps when you can consign them to living in a van down by the river.

It was not enough to shunt heterodoxy off the main vein conduits of popular news and entertainment; the last redoubts – podcasts and independent web sites such as the one you are reading now must also be given The Treatment.

If people insist on reading such dangerous and derogatory stuff – such as objecting to the insurance mafia using the government to forcibly extort premiums from people (“violation” number one) or to explain to them the reason why new cars are becoming so much more costly all of a sudden (“violation” number two) – the the spreaders of such heresies must be punished.

Even when the punishment – removal of ads, to strangle the heretic economically – costs the Panopticon money. 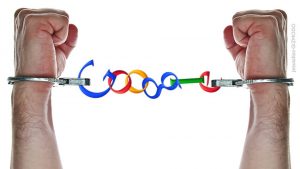 It is a development unique in the history of publishing.

Ordinarily, a publication that has readers gets advertisers – because the whole point of advertising is to get more people to see the ads and so (it is hoped) buy whatever is being advertised, or at least think about it.

But now, advertising is pulled precisely because the material is being read.

Because it offends the Panopticon, which characterizes  any divergent opinion – and not just that but fact-based analysis that is critical of government-corporate shibboleths, such as Obamacare for instance – as dangerous and derogatory.

The left has become jihadist in its frenzy against anything critical of its prescriptions – which it regards as dangerous and derogatory. Because they are criticisms, which cannot be tolerated.

This is why it is so important to support heterodox media, unless you prefer the orthodox – and what will inevitably follow once it is no longer possible to speak (or write) your mind without incurring punishment for being dangerous and derogatory.

Until supporting heterodox opinion becomes a crime – which is already the case in the UK and so just a leap across the pond from becoming a crime here, too.

Probably, that is going to happen. Because facts – as John Adams once said – are stubborn things. And the Panopticon can’t allow them to stand in the way of its agenda.

As for myself, I embrace being dangerous and derogatory. In the current context of deceit, demagoguery and suppression, it is an honorable title.

I will do my best to continue earning it – with the help of readers such as yourself.