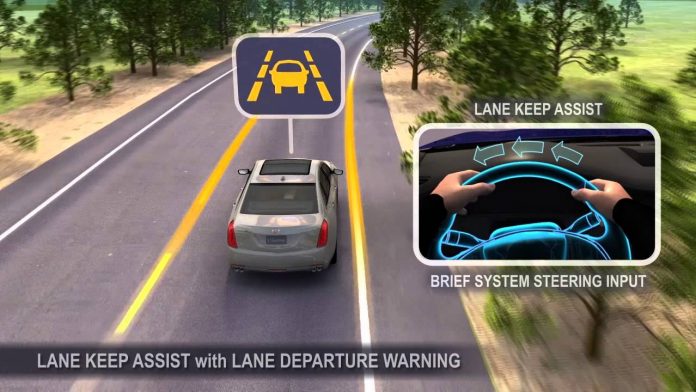 New cars have become so “safe” they’re becoming dangerous. They have systems which make an accident more likely – while touting how much more crashworthy they are now vs. previously.

Arguably, the safer policy would be to avoid the crash. 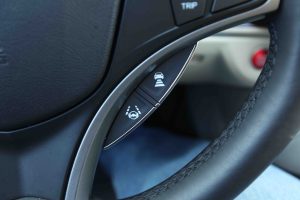 Formally, it’s styled Lane Keep Assist or Steer Assist, or something along those lines (depending on the brand of the car).

It’s actually the leading edge of the camel’s nose under the tent for automated driving technology, designed more to get us used to the idea of the car driving us rather than us driving the car. It is marketed as a way to make steering “easier” (as well as saaaaaaaafer) via electric motors that “assist” your steering – though this is hard to grok given all new cars built since the ‘80s have power-assisted steering and are already easy to steer.

But these new systems do more than “assist.”

They countermand your steering. The little motors turn the wheel in the opposite direction you’ve turned it. Which is unnerving as well as neither easy or saaaaaaaaaafe. Having to fight the car, for one, isn’t much in the way of assistance or ease. And unexpected steering inputs opposite your own can be most un-saaaaaaaaaaaaaaaaaafe.

It happens when deviate from your lane, both unintended and intentional. It’s the latter thing that presents the saaaaaaaaaaaaafety hazard.

If you fail to signal before steering, as when making a lane change – the system will counter-steer. Because the system is designed to keep you in your lane. It’s sold as a way to check sloppy/distracted driving. But it’s also a system to enforce mindless rule-following, even at the expense of . . . saaaaaaaaaaafety. 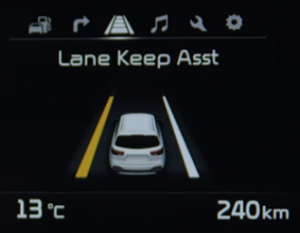 As a sidebar: It’d be wiser to instill paying-attention in drivers rather than install idiot-proofing technology in cars, which only assures more not-paying-attention drivers.

But what happens when you purposely tread on a painted line – as when exiting the road or changing lanes? The system is dumb; it does not understand that you’re not wandering across your lane but changing lanes on purpose.

Unless you signal. Then it knows – and the electric motors don’t try to fight your lane change. So these systems are also another nudge in the ribs, to make you a better rule-obeying Clover. 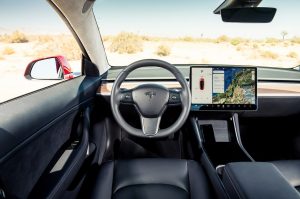 But why should you signal when there’s no reason to – other than mindless totemic worship of traffic laws and to placate the car’s mindless saaaaaaaaaaaaaaaaaaaaaaaaaaafety system? If you are the only car on the road – this actually happens – signaling when no other cars are around is as retarded as knocking on your own bathroom door before entering, to make sure no one’s in there when you know you’re the only person in the house.

Or coming to a complete stop at a four-way stop sign in the desert with clear lines of sight for miles in every direction and it’s obvious there’s no traffic to stop for and so no good reason to waste gas and time and wear and tear on the car to completely stop . . . for the sake of totemic appeasement of a sign.

Even when you do signal, the “assist” is still generally unnerving, especially if you’re not used to it – or are a new/skittish driver. It is likely there will be accidents – caused by this saaaaaaaaaaaaafety system. People will feel the car steering contrary to their wishes, their desired course – and jerk the wheel the other way. As a guy who tests drives new cars every week, I can attest from personal experience in dozens of brand-new cars equipped with this technology that it presents a definite saaaaaaaaaaaaaaaaaaaafety risk – yet it’s not only allowed but encouraged by the same government which croons its crocodile-teared concern for “our safety” at every turn.

Then why – to shift gears a little bit – does it allow Tesla to bundle all the car’s controls onto a single flat screen display mounted out of the driver’s line of sight? One which requires the driver to look away from the road to do everything else while he is supposed to be driving? If it is “distracted driving” to tap and swipe at a cell phone while driving how is it not the same thing when a driver is tapping and swiping an in-car screen that amounts to the same thing, just scaled up?

Another case in point:

Many new cars have something styled Automated Emergency Braking – on deck to be mandatory a few years from now. These systems sound like an ok idea. Addled/distracted driver not paying attention, fails to notice the car ahead is braking. The car brakes itself, to avoid a rear-ender. 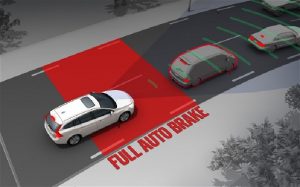 In fact – and this is also from experience – the system is belligerently hyper-cautious and will freak out if you get within 20 yards of the car ahead as its slowing and you’re moving to the adjacent lane to pass it. Bright red lights flash, buzzers sound – and most freaky of all, the car suddenly slows on its own, even though you’re trying to accelerate in order to execute the passing maneuver and are quite capable of judging how much room you’ve got and doing the move safely.

The presumption, of course, is that you are not capable. That you are Coke-bottled glaucomic imbecile and thus require . . . assistance.

The light-and-buzzer show will freak out some drivers the first time they experience it – and probably cause some of them to panic, jam on the brakes or jerk the wheel. This is not very saaaaaaaaaaaaaaaaaafe.

Like the steering “assist,” most people who haven’t been in a new car recently – in the past five years or so – have no idea that new cars are equipped with this potentially very dangerous stuff, much less how it works and what to expect and how to deal with it.