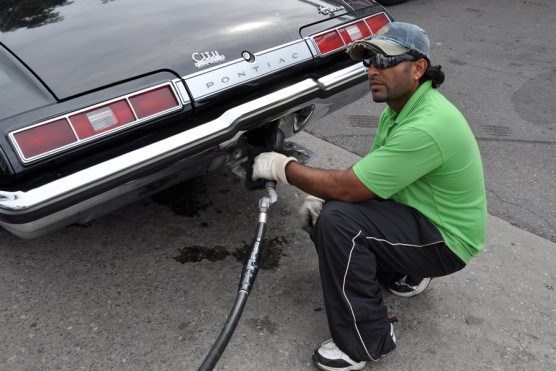 No one likes a nag. 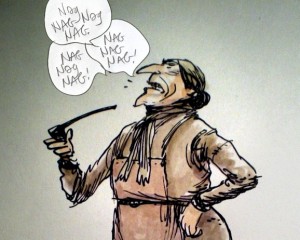 Especially one that comes along for the ride.

Here are some I wish were optional.

I’m betting you do, too:

Most (and soon, all) new cars have an LCD infotainment screen, including a government-mandated back-up camera. At start-up, the LCD screen will hit you with a warning screen whose cautions and advisories you usually have to “agree” to every single time before anything controlled by the screen can be accessed. It’s like being forced to read the label on a bottle of aspirins every single time you have headache, then (somehow) acknowledging to Bayer that you know not to eat the entire contents of the bottle – and won’t sue them if you do – before the bottle allows you to have an aspirin.

You are also admonished to “check the surrounding  area for safety.”

Where is he? Do you see him? 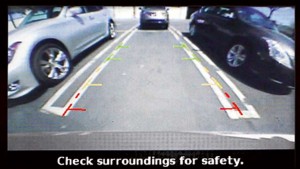 It gives me a headache.

These systems also do another annoying thing. Put the gear selector in Reverse and the volume of the stereo goes down.

Also for “safety,” of course.

Conjured by the lawyers who now work side-by-side with the engineers who built your car. 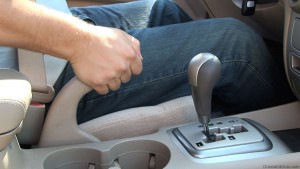 Until about five years ago, it was possible to defeat the stupid always-on Daytime Running Lamps (DRLs) most new cars come with (it’s stupid to burn headlights when there’s no reason to, like the lack of daylight… or a funeral) by moving the parking brake handle up just one notch, which would kill the lights but not engage the brakes. Now – redesigned for “safety” – a pushy buzzer comes on if you try this, making it useless as a DRL defeat.

And the brake itself has been designed to have the feeblest of clamping power.

They build just enough tension in to allow the brake to hold the car in place if the car is not moving at all. But not enough to lock up the rear wheels while the car’s moving – so no more Hollywood-style parking brake 180s.

* The Curse of the Phantom Passenger – 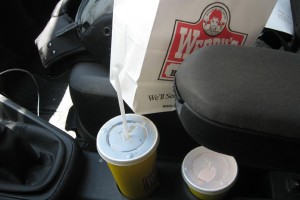 They are built into the seat cushions and – supposedly – detect the presence of an occupant and (if he’s not buckled up for “safety”) trigger the seat belt buzzer to remind (hassle) them to do so. But the “smart” air bag sensors often can’t tell the difference between a human passenger and a bag of fast food burgers.

You have to buckle-up your double cheeseburger and fries – or figure out some other way to defeat the electronic imbecile.

Which, when you think about it, is distracting and so not very “safe.”

* Ray Charles Edition A, B and C Pillars – 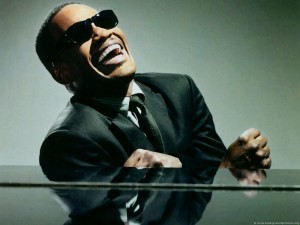 New cars are designed – per Uncle’s mandate – to have roofs strong enough to support the weight of the car if you roll the thing onto its roof. The downside is you’re more likely to roll the car because of the girder-like (and so view-obstructing) roof supports.

These are the A, B and C pillars; the A pillars being at either side of the windshield, the B pillars at the car’s “waist” – about where the front and rear doors meet – and the C pillars being on either side of the rear glass. The thickness of these pillars is now often two-three times what it typically was back in the Terribly Unsafe ’70s, when a car’s roof might not hold up if the car rolled, but the car was likely to roll because its driver could see where he was going.

And what was coming at him.

At least, not without some back-and-forthing. 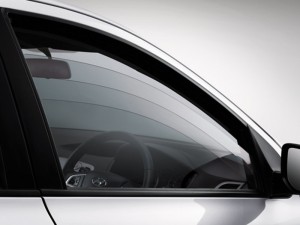 Which of course is super annoying.

Blame the people too lazy to hold the switch down for the 5 seconds or so it takes to roll the window up or down who demanded a system that would enable them to just touch the switch and have the window roll up or down all the way all by itself.

Voila – the “one touch” power window, which most modern cars now come standard with.

Great. Except now if you’re wanting half-way up (or down) the “one touch” system doesn’t want to oblige. You get it close to where you’d like it to stop, but it keeps on going. So you tap it again – and it goes down just a bit farther than you wanted.

One of the things I love about my ’70s-era Pontiac is that the fuel door is both hidden – and convenient. Two things you can’t say about modern car fuel doors. 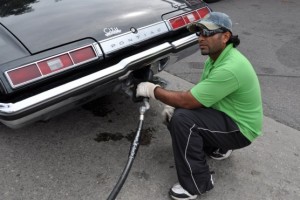 The old Pontiac’s gas cap is tucked behind the rear license plate holder – which is mounted in between the tail/brake lights – which means it doesn’t matter which side of the gas pump you pull up to. Either left or right works just as well. In a modern car, the fuel door is almost always either on the left – or right – side of the car. You’ve got 50 percent fewer options. You have to line up your car with the pump – and if someone else is using the side you need, you get to wait.

The side-fill fuel doors are also visible – and ugly. They break up the lines of the car. Inevitably, you’ll spill fuel while filling.

So how come centrally mounted fuel caps hidden behind the rear license plate bracket were thrown in the woods? Chiefly, it’s because of the relocation of the fuel tank – ahead of the rear axle center line rather than behind it. For “safety,” of course.

This, in turn, pretty much dictated that the filler neck be located off to one side of the car.

Your car’s fuel tank is less likely to rupture if the car is hit from behind. But you’re more likely to spill gas on the paint when you fill up.

And it’s more of a hassle to fill up.

Now wonder half the country is on blood pressure medicine… and the other half chewing Ambien and Prozac like Pez.