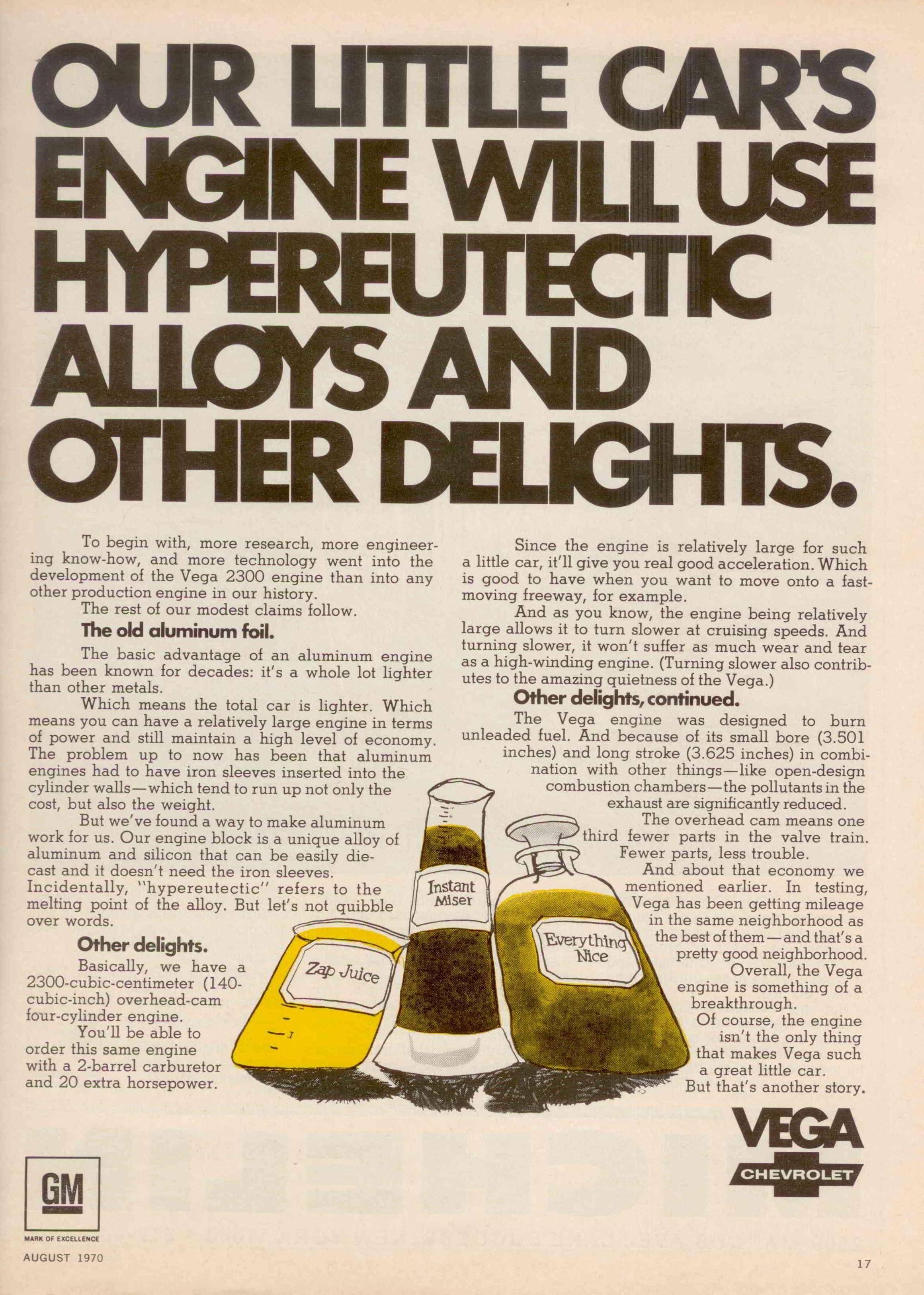 It’s the “bells and whistles” that get the headlines – and grab your attention. But they might also grab your wallet once the warranty runs out. A classic example from long ago is the aluminum block four-cylinder engine GM trotted out back in the mid-1970s. It was a revolutionary design based on a high-silicon alloy that eliminated the need for pressed-in cylinder liners. It was also very lightweight, which promised to improve both the fuel economy and the handling of the car it was built for – the Chevy Vega. Stop me if you know where this is going… 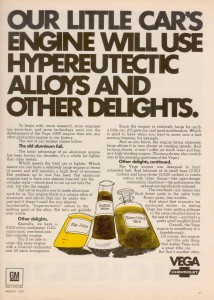 Well, the problem wasn’t the alloy block. It was the cast iron cylinder head bolted to it. And the unbalanced pistons within, which shook like a shivery dog on deliberately loose motor mounts (a Band Aid for the shivery shaking, to mask it from the car’s owner) until either the head bolts loosened up or the block warped just enough to let coolant slip past the head gasket into the unsleeved cylinders.

Few of these atrocities ever made it to 30,000 miles without a catastrophic engine failure.

Such epic debacles are less common today. But modern cars are far from foolproof. Here’s a roster of some designs – and features – you might want to think twice about: 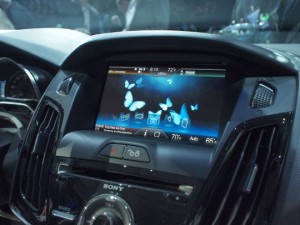 The iPad Culture craves flat screens – including in their cars. Here’s the problem. When your touchscreen LCD croaks, your AC and audio system (as well as anything else controlled via the touchscreen) will no longer work. Or rather, you won’t be able to turn these accessories on (or perhaps, off). Mechanically speaking, there may be nothing wrong with your AC. The compressor, condenser and so on all working properly. But with a dead flat screen – or one no longer responsive to your touch – you’re looking at a big repair bill regardless. A replacement repair bill, actually. Because you don’t repair dead LCD displays. You pull them – and toss them. How much does a new iPad cost? Physical buttons and knobs, meanwhile, are pretty dependable and more important, individual. One knob or switch or button controls one thing. If the little knob you rotate to adjust the radio’s volume goes out, you won’t be able to adjust the volume… but your AC will still work. If the LCD touchscreen craps out, nothing works. 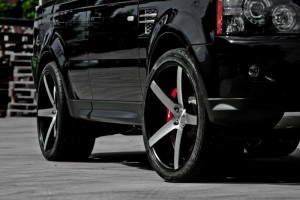 This ghetto inspired trend has reached the apotheosis of stupidity. Everyone seems to want their car – or SUV – to look like a Suge Knight Special. Leaving aside the aesthetics, these oversized “rims” dramatically increase rolling resistance, which dramatically hurts gas mileage. They also dramatically increase wear and tear on front end components – which you’ll find out about around 30,000 miles down the road from new. They muck up ride quality – which the car industry crutches via elaborate (read: expensive) suspension systems in order to make the cars livable. “Twennies” mounted on 4WD SUVs are the absolute height (depth?) of idiocy. The last thing you want on a 4WD are short/stiff sidewall tires and a steamroller tread that rides up on rather than cuts through the snow.

*Cars with poor rearward visibility (due to sloped rooflines/small glass). 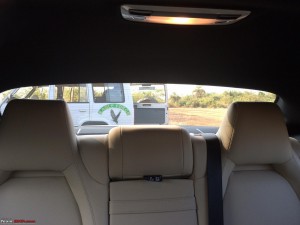 This is now a common problem in new cars. Caused – ironically – by the government’s “safety” edicts and crutched (rather than fixed) with Band Aid technologies such as back-up cameras and blind spot warning systems. Washington issued an edict requiring all new cars be fitted from the factory with “anti-whiplash” headrests, which are very tall. The car companies make the problem worse by steeply sloping the roofline as it descends to the ass end of the car – which (thanks to government’s bumper impact mandates) now sits way high in the air. In many new cars, the rear glass is both tiny and only a few degrees from being horizontal – which, along with those too-tall headrests – makes it damned hard to see anything behind you. You can reduce the danger – and the aggravation – by choosing a car with decent rear glass area that’s not mounted so flat that you can only see up. And by removing the backseat “anti-whiplash” headrests and laying the buggers on the floor. Check Cub Foods Ad and Dollar General Ad. Most can be popped out (and back in) without tools. If no one’s riding back there, why not? You’ll be better able to see where you’re going – which is a helluva lot “safer” than depending on two-dimensional cameras – and blinking lights and buzzers. 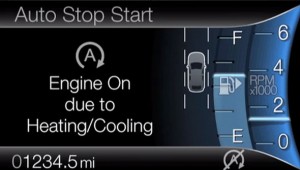 Gas (even when it was $4 a gallon) is comparatively inexpensive… compared with an engine replacement. Or even a starter/battery replacement. Which is why the automatic stop/start technology being fitted to a growing number of new cars is arguably a terrible idea. Roll to a stop at a red light and the car’s computer peremptorily shuts off the engine. When the light goes green, and you take your foot off the brake (and press the accelerator) it spins a super high-torque starter to kick it back to life, so you can move. The object is to save the minuscule quantity of fuel that would be burned while “idling.” But here’s the problem: When the engine’s off, the oil’s no longer circulating – and even though a film of oil will still be protecting your engine’s internals, it’s not the same as circulating oil under pressure. Instead of just one start cycle on your trip to work, your engine may endure a dozen start-stop cycles. And most engine wear occurs guess when? During start-up. The frequent starts (and the high torque starters required for near instantaneous re-starts) also require higher-performance batteries and these will inevitably live shorter lives due to the many-times-multiplied start/stop (and discharge-recharge) cycling. Also, engine-powered accessories such as your air conditioner will not work when the engine isn’t running. When your engine auto-stops at a light on a 95 degree day, so does the cool air.

Avoid auto-stop/start if possible – and don’t buy a car that has it if you can’t turn the damned thing off. 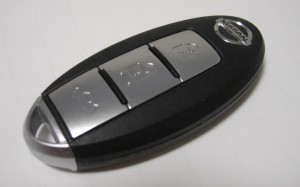 Gone are the days when – if you lost your spare set of car keys – you could take the one you still had down to the hardware store and have them cut you a duplicate set for $5. Somehow, the car industry has gulled the buying public into believing they just have to have electronic keys. Which just happen to cost many orders of magnitude more than a simple metal key (and which, unlike metal keys, are absolutely going to stop working at some point down the road). Which is why it’s so critically important to get as many of them as you possibly can if the new car you’re about to buy comes with them. Insist they be included as part of the deal – or there will be no deal. Remember: The one and only time you have any leverage is before you sign the paperwork. You are well-advised to demand at least three “e” keys be provided with the car before you do sign. Go for four, actually. The more the merrier.

Because you’ll be a lot merrier if you don’t find yourself having to fork over $300 for a new “e” key four years from now – after losing your only other set. Don’t forget: Your car will be 3,400 pounds of useless metal without that $300 “e” key.

Get as many of them as you can up front … for free.

The End of the American Car?