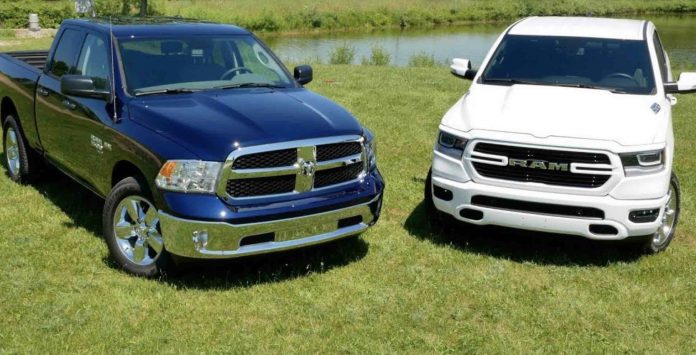 I’ve often wondered whether people would buy a new vehicle available without all the new stuff – especially the over-the-top electronic nannying stuff but also just over-the-top stuff generally, including such things as ASS, direct injection and 48 Volt electrical systems.

Well, we have an answer.

FCA is selling new as well as old/new versions of the Ram 1500 truck, side-by-side – both with zero miles on the clock, plastic on the seats, fully warranted.

A third of all 2019 Ram sales are of the old/new version, which is labeled Ram Classic.

You may remember the reference. 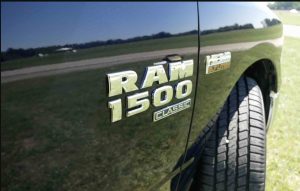 When New Coke came out, people cried out for the old Coke. Which returned as Classic Coke – and has been ever since.

The cry for classic is even more understandable when it comes to trucks. The metrosexualized car press may gush over Lane Keep Assist, Park Assist and Automated Emergency Braking – which the new Ram has –  but lots of truck buyers still want just a truck.

For which the Ram Classic is more suited.

For example, you can still get it in regular cab (two-door) and long bed configuration; the new Ram comes only with four doors; your choice being how large you want those doors. Crew or Quad. Not everyone needs those extra doors – nor the extra MSRP that comes with them. 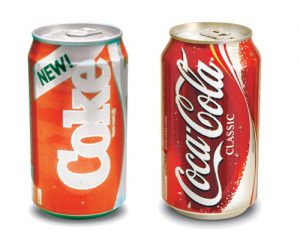 No surprise, lots of people are buying the Classic Ram, even if it is almost ten years old. The 2019 Classic dates back to 2009 – which was the last time it was significantly updated.

Which is appealing to people who want the optional Hemi V8, but not the “eTorque” mild-hybrid system (and 48 Volt electrics) that now come standard with the new/new Ram, when optioned with the Hemi.

The system is technically interesting, but adds complexity – the natural enemy of durability. The eTorque system cycles the engine on and off – to save gas, the fetish object of our era, no matter how much it costs us. 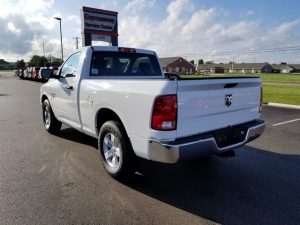 Which, as it turns out, is $1,195 – the difference between the cost of the Hemi V8 option (and bundled eTorque system, which also includes a lithium-ion battery pack under the back seats; now you know why no regular cab) vs. the cost of just the Hemi V8 in the Classic Ram, without the additional cabbage, plus battery pack, etc.

This is interesting to chew on.

FCA came up with eTorque to “save gas” – but consider dey maff:

The $1,195 difference Classic Hemi vs. New Hemi buys roughly 490 gallons of regular unleaded at $2.40 per gallon. That works out to about 22 tankfuls of gas. If the Ram goes 18 miles on each gallon, that’s about 400 miles per tank. Times 22 tanks, that’s just under 9,000 miles of effectively free driving in the Classic Ram vs. the new/new Ram.

That’s no small incentive to buy the old/new rather than the new/new.

The eTorque thing is really a CAFE compliance measure –  a way for FCA to get Uncle at least somewhat off its back while still being allowed to sell V8 Rams at all. It helps soften the affront of ASS, too. The engine cycles off and on less roughly. It’d be easier to just leave it running. 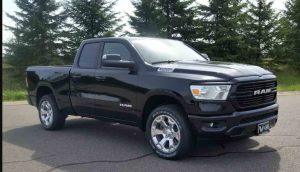 Another interesting thing to masticate is that sales of the Classic Ram are heavily responsible for the Ram outselling the new Chevy Silverado – and breathing hard on the neck of the best-selling Ford F-150.

Both of which are very new indeed.

They have all the latest ASS-ists, as well as aluminum bodies (or major parts thereof) which may be light but which are also easier to damage – and much more difficult to fix than steel. They also have inappropriately small engines – a four cylinder engine in the case of the Chevy and two little (for a big truck) V6 engines in the Ford, their inadequate displacement made up for by a pair of turbos.

These make power, but not without cost.

You pay more for the truck – and it is very probable you’ll pay more to fix the truck at some point over the course of its life, an important disincentive for people who buy trucks not just for work but for keeps. Who expect to work that truck for the next 15-20 years or longer, hopefully.

The Classic Ram will probably work that long – and longer – without major mechanical malady. Will the new/new Ram, with its eTorque tech and 48 volt electrics?

A third of Ram buyers aren’t taking that bet.

It’d be even more interesting to see how well – or not – a circa mid-late ’80s/early ’90s-era 1500 series truck brought back to life would sell. New, but without all the ASS-ists and air bags – or maybe just two of them. Mechanical 4WD, the kind you engaged manually, with a shifter on the floor physically connected to something instead of a knob that transmits signals to electric motors. 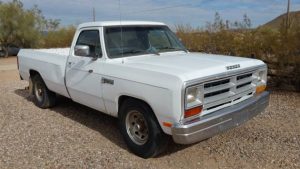 The V8 with a much simpler throttle body injection system, rather than port fuel (and forget direct) injection. Five speed manual transmission – something not even the Classic Ram still offers.

Such a truck would probably cost ten thousand dollars less than the new/old classic Ram.

How much do you want to bet it’d sell even better?