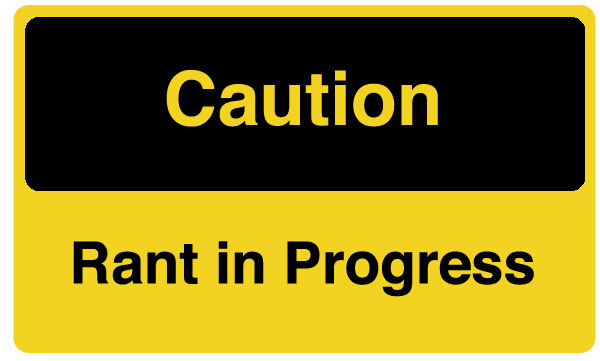 Mike writes: My experiences over 43 years on this planet with AGW vs. peace officers goes something like this: Every single police encounter has gone badly and been a pain in the ass if not outright civil rights violations. Every single encounter with sheriff’s deputies over several states and many counties has been mostly fine, not threatening, and generally mutually respectful as one would hope two citizens of a civil society would interact to determine whatever it is that has brought them to the same place and time. Corporate whorebags vs. elected – and constitutionally authorized into existence — sheriffs.

My personal, one man, midlife anecdotal perspective says there’s a difference. Other people may have had vastly different results. I just wanted to make the point that I’ve never once seen mentioned that cities which form police departments are incorporated entities, not provided for in the Constitution so why should we expect them to give two rats’ turds about adhering to its civil protections, respecting the rights defined therein, or allowing it to prevail over corporate interests in their courts? They operate on a different set of rules. That much is painfully (and murderously) obvious to so many but the core reason doesn’t seem to be. Or at least I’ve not seen it mentioned. What I see are all the articles about shitty cops and all the havoc they wreak throughout the country, mostly unopposed and largely celebrated by the same people they’ll oppress and beat the shit out of tomorrow. There’s two kinds of them though, the corporatist enforcers and the elected sheriff and his or her deputies. Whenever I see a piece about cops behaving really badly, it’s almost always a city. Deputies fuck up too, no doubt, but there is a difference in their mandates and liability as I see it. I could be wrong.
My reply: I think there is something to this – though it may also be a function of small town vs. big county/state government, too. Small towns/rural areas are still eddies of the old America, where attitudes and behavior that were once typical of most of the country still linger. I myself live in such a place. It is possible to pretend it’s still circa 1990 in terms of the way it feels.
And looks. Our local sheriff and deputies don’t dress like Batman and some even have hair.
So I agree that it is preferable to have an elected sheriff rather than appointed police in that there is at least some accountability to the people when there’s a sheriff who subject to the voters. I myself live in such a county. 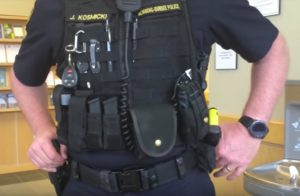 However, both the sheriff and the county/state police are all AGWs, fundamentally. The core problem is the general public’s conception of the proper business of government;  AGWs merely serve as its enforcers. Or rather: They are the Rottweilers of the busybodies and control freaks who are “the government.”
These busybodies and control freaks include your neighbor who thinks “the schools” need to be funded . . . with your money. And the Bible beater down the road who objects to the guy who smokes pot – and grows some on his own land. All the people who screech, “there ought to be a law!” – and expect it to be enforced.
We have come a long way down the road from the point when laws were few and mostly congruent with morality, defined by the existence of a victim and a harm caused. Such laws were about keeping the peace; today’s laws are mostly about enforcing rules imposed by busybodies and control freaks. These have no moral element – right vs. wrong doesn’t enter into it because it’s absurd to speak of the government as the victim and in the absence of harm caused, it is ludicrous to speak of “crime.” 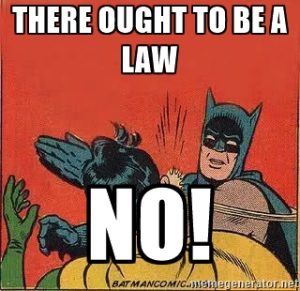 Just obey – because it’s “the law.”
Of course, this is amoral – nihilistic. And so, dangerous because it removes the moral force of right vs. wrong and becomes nothing more than a matter of subservience to Authority. This attracts a certain type of person. Voila – here we are.
So, while an elected sheriff is better, the best thing would be a return to the concept of peace keeping based on a general consensus that, in a free society, people who are peaceful have a right to be left in peace – even if what they’re doing (or not doing) doesn’t strike you as sound and you do (or don’t do) things differently in your own life.

In other words, busybodyism and control-freakery are the problems – not AGWs. The AGWs are merely the open sore blossoming, indicative of the underlying disease..