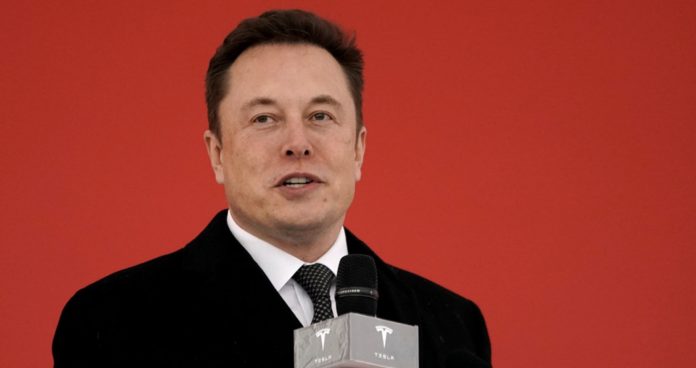 Anyone who hasn’t grokked the con by now is probably a hopeless case. Tesla has been in “business” for going on 15 years and still loses money despite taking billions.

Ask yourself what kind of “business” gets propped up by the government for that long – and what it implies about the reasons for propping it up.

Its purpose was to habituate the public to the EV as a “normal” car. As the inevitable replacement for our current (IC) cars. 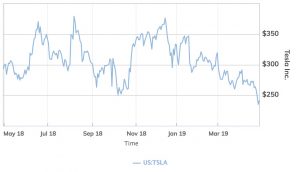 To get the public used to hearing about and seeing electric cars. And most of all, to sex them up.

This was also done in order to nudge the car industry into the Electric Car Era – to nudge it into committing billions to EV development, which has happened. So as to mainstream EVs.

To make them seem The Future – and  IC-powered cars so yesterday.

Note that all of this came from above – as opposed to organically, from below.

You see, it was determined more than 40 years ago that IC-powered cars had to be gotten rid of – at least, for the masses.

But how to do this? 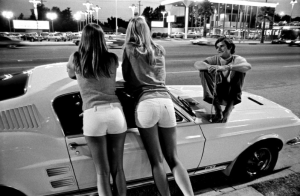 Americans loved their cars and though the affection has waned, they still do. Cars are mobility – which is another aspect of freedom. Come – and go – as you like, on your own schedule – and on the spur of the moment.

IC cars are not tied to umbilical cords – and older IC cars are completely under the control of their owners.

You perhaps see the problem . . . from a certain point of view.

Except for a brief moment at the very dawn of the car age, EVs  haven’t been able to compete with gas and diesel-powered cars in terms of their economics or their practicality. Only a small handful of quirky (and affluent) people would freely choose to spend 50-plus percent more to buy an EV that goes half as far as an IC-powered car and needs at least 5-6 times as long to recharge as an IC-powered car takes to refuel. 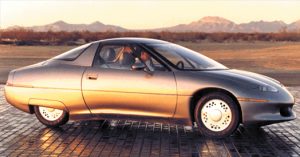 The market for EVs as they are – as opposed to how they are hyped – is extremely small.

The first attempt at purveying EVs via major car companies such as GM (the EV-1/Impact of the mid-1990s) and Ford (Ecostar) failed as badly as a cannonball trying to float.

As long as gas prices stayed affordable, so IC-powered cars would always remain preferable to EVs, because of their superior versatility and convenience.

And gas became even more affordable, despite occasional price burps upward that were due to market manipulations, not diminishing supply. It had been hoped that the proletariat – that’s us – could be nudged out of their cars by the phantom menace of Peak Oil. 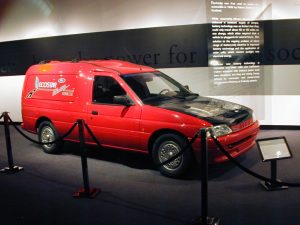 But production kept increasing and that con came undone.

The new con was – is – environmental.

Our cars weren’t going to be sideline by lack of fuel. But our cars were choking the life out of the planet, it was asserted.

But that con fell apart, too – or at least, began to look obviously sketchy, even to the average useful idiot. Smog disappeared. Decades ago. Anyone could smell that modern IC cars were – and are – extremely “clean.” So clean that controlling emissions – in the usual sense – had become a regulatory non sequitur. Angels dancing on the head of a pin stuff. People love the electronic gifts and they sell at low costs this week.

So a new “emission” was invented – along with a new con to accompany it. 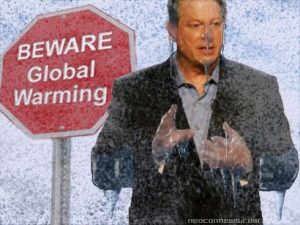 The latter being rebranding of “global warming,” which had to be airbrushed over because the prophesied warming became cooling. The hot summers of the ’90s gave way to the cooler winters of the 2000s.

Time for a marketing reboot.

Climate change fit the bill because no matter how warm or cold it got the blame was still there. It was easy to use the digital-age 24/7 captive media to beat up hysteria by daily alarmist reporting about a hurricane happening somewhere. Or a flood or drought or some other thing. It’s a big planet and something not-pleasant, meteorologically speaking, is certain to be happening in some corner of the world at almost any given moment.

It it didn’t matter that all of it was within the normal spectrum of a climate that has been changing for billions of years. People bought this con – and that gave EVs the political pretext necessary to obviate the market obstacles.

This time, EVs would be mandated – and subsidized. To prevent the climate from changing.

People would – in time – no longer be free to not buy them. And they would be forced to finance them right away. 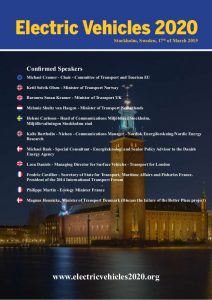 A hip, young – well he was, 15 years ago – Tech Dude of the type worshipped by Millennials especially. He would do what ossified Detroit could not: Build planet-saving electric cars.

Of course, he would get “help” – from Uncle.

The very same Uncle, it must be said, who “helped” Elon’s “social media” friends take over and Thought Police digital-age communications. Not coincidentally, it has become “dangerous and derogatory” to “deny” – that is, to question – the “climate change” catechism. To write unflattering truths about electric cars, such as their much-reduced range when it gets cold out and their much shorter economically useful lives, because of the inherently early death of their batteries relative to the EV itself – and the economically untenable replacement cost of the battery vs. the depreciated value of the EV itself.

Well, Elon got his ticket – and we are taking the ride.

The EV pushers who also control the levers of macht – of power; it sounds so much better in German – decreed that EVs must be built and that those who did not build them must buy “credits” from those who did. 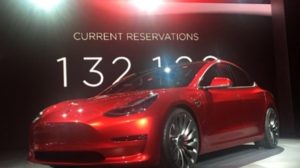 That would be Elon.

Not  practical or efficient.

And just as functionally gimped – and economically insane – as ever.

We are almost there now. EVs are within a couple of years of becoming the only cars we’ll be allowed to buy and possibly also to drive. The IC car restricted areas – and outright bans – that are already being imposed in Europe are going to be imposed here. The government won’t have to resort to physically taking away IC cars; people just won’t be allowed to use them. Lawn art, garage sculpture.

The Motor Law – for those who get the reference.

And Elon will have served his purpose. Tesla will likely shut down soon – because Tesla will no longer matter.