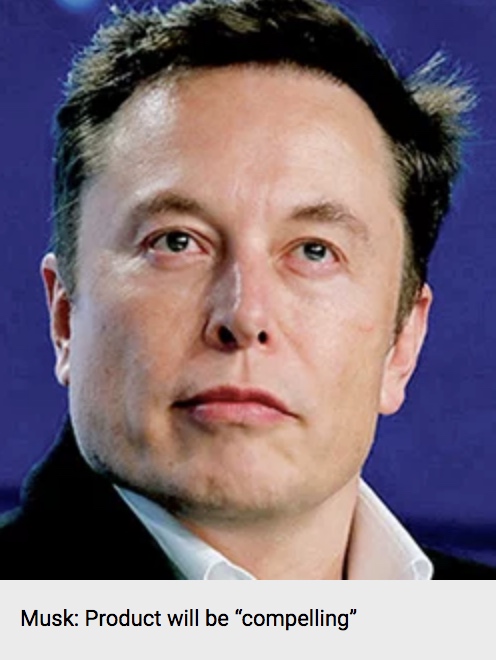 Elon Musk has just announced he’s going into the insurance business with Liberty Mutual – a partnership as natural as the getting-together over coffee of the Gambinos and Columbos.

They’re really going into the data-mining and mobility control business; the insurance business is merely the storefront.

The plan, according to Elon, is to offer “compelling” premiums . . . by compelling policyholders to let him (and the sickly-named Liberty) monitor their driving via real-time telemetry – just like the Apollo program.

And surrender it, too – by turning that over to his infamous auto-pilot system. 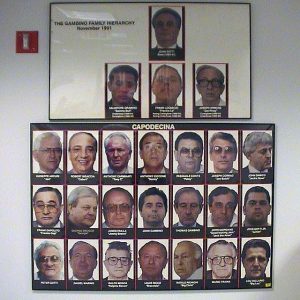 Which for the record hasn’t exactly got a great record.

Several auto-piloted Teslas have already piloted themselves into fixed barriers and other vehicles as effectively as any reckless human driver.

There have been losses – including of human lives.

At least two lawsuits are currently in process – including one filed by the family of Walter Huang of California, who was killed when his Tesla wandered out its travel lane and then accelerated into a lane divider – without Huang having touched the accelerator pedal or the steering wheel.

Will Elon surcharge himself for this risk?

Shouldn’t the general risk presented by every auto-piloted Tesla be accounted – for since all of them use the same known-to-be-faulty automated driving system that has already resulted in several fatal wrecks? 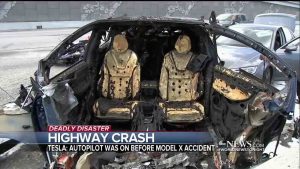 What’s likely is that everyone driving a Tesla will find themselves paying more to Elon.

This time for the “coverage” rather than for the car. Which is why Elon’s is itching to offer this “compelling” coverage. He needs to figure out a way to generate cash to offset the cash he’s losing on the cars he can’t sell for what it costs him to make them – even with all the subsidies he’s managed to rent-seek from the government.

Which of course gets the money it gives to Elon from us.

But he needs more green – so to speak – and now he has a plan to get it from us directly. The government hasn’t yet issued a fatwa that we have to buy electric cars; we’re just forced to help other people buy them.

But insurance is mandatory. 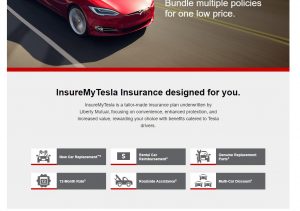 It’s another form of telemetry – a mainline from our wallets to the coffers of the insurance mafia.

Because soon it will be impossible to drive without being narced out as a “bad” driver.

Every single time you drive even slightly faster than the posted speed limit. Every less-than-complete stop at stop signs; every technically illegal but perfectly reasonable right-on-red. 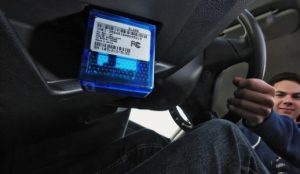 We are caught between a rock and an expensive place.

Traffic laws are designed to be impossible to obey and be a good driver. Anyone who hews exactly to universally under-posted speed limits will find himself obstructing traffic and creating a hazard. Therefore, almost everyone drives at least slightly faster than the speed limit. It’s illegal – but it’s reasonable.

Coming to a complete stop at every stop sign – in the obvious absence of cross-traffic wastes gas as well as time – and increases wear and tear. 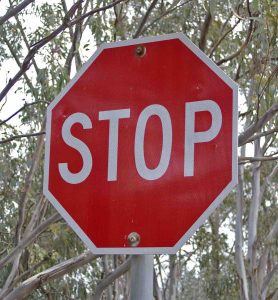 So most people don’t. They almost stop – an then proceed. Safe, reasonable – and technically illegal.

Waiting for a red light to change that never changes is mindless – not unsafe.

It’s also illegal to “run” it, regardless.

The true purpose of traffic laws that defy common sense is to create a pretext for mulcting by armed government workers and the insurance mafia.

Everyone knows it – including the AGWs and the mafia.

We play patty cake with the AGW who pulls us over, pretending that we’re sorry while he pretends he’s keeping us saaaaaaaaaaaaaafe by serving as a mobile tax collector. 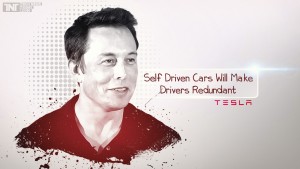 But the tax collecting has heretofore been incidental – occasional.

Most of the time, we have been able to drive reasonably – if illegally – because AGWs can’t be everywhere all the time.

Elon will know – and charge, accordingly. He promises to, if the driver operates “in a crazy way.

So much for “ludicrous” speed, eh?

It won’t even be necessary to stop you to mulct you.

Instead of the occasional cop who might catch you not obeying some mindless rule that used to be possible to ignore without consequences, a “connected” car that watches your every move, as you make it – and then reports it.

And not just from Teslas.

This is what the mafia has in mind for all of us. And all new cars have the same telemetry abilities that Teslas do. This is not by accident.

At some point in the near future, it is likely we will have as much freedom to say no to being monitored in real-time, all the time, as we have about saying no to insurance itself.

They will, of course, claim that this will “save us money.” Elon says so.

If so, it will do so by making driving miserable.

Unless, of course, you give up driving.

Give Elon money – or give him control.

And we lose. Our money. Our mobility. Our freedom to choose.

PS: Get an EPautos magnet (pictured below) in return for a $20 or more one-time donation or a $10 or more monthly recurring donation. (Please be sure to tell us you want a sticker – and also, provide an address, so we know where to mail the thing!) Offers like these will always be available here.