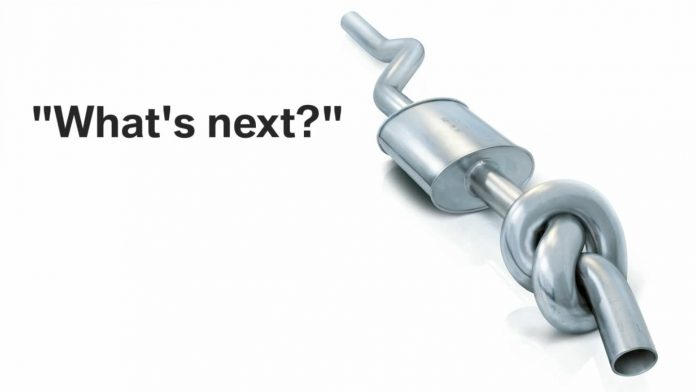 The metric for success in the car business used to be whether your cars sold well. If they did, you made money and stayed in business.

The new metric is “sustainability” – a virtue-signaling marketing term for rent-seeking, which is becoming the way you take money when your cars no longer sell.

Or when you’ve decided to stop building cars that do sell in favor of those that don’t – as Audi has just decided.

Over the next five years, Audi will systematically stop making cars powered by internal combustion engines – which sell – favor of electric cars like the new eTron – which don’t.

Why they don’t sell is easy enough to grok. 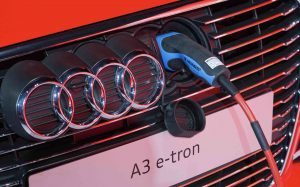 Most people haven’t got the wherewithal to spend $30k extra for the eTron’s electric drivetrain, especially when you get less – in terms of range. And more – in terms of wait.

If you don’t drive too fast. If it’s not too hot or too cold outside. As opposed to 500 miles, regardless, for the internally combusting Q5.

And while the eTron may not burn any gas, it does burn up a lot of time.

You’ll have to wait a minimum of 30 minutes to recover 80 percent of its best-case 248 mile range each time you “fast” charge. If you “fast” charge twice a week, it’ll cost you at least an hour. 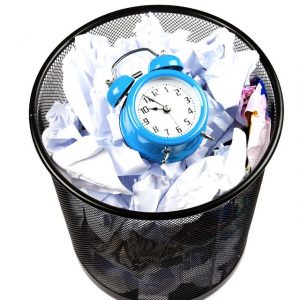 And don’t forget the 80 percent – which is 20 percent less than 100 percent, for those not counting. Which means the eTron’s real-world range is more like 200 miles vs. 500  . . .  assuming you don’t run the AC or heat, which will reduce the eTron’s 200 miles to something less than 200 miles since everything that’s powered in the eTron is powered by electricity which means draw on the battery.

So you’ll probably have to “fast” charge three times – wasting another 30 minutes. Best case. If you haven’t got a “fast” charger, recharging the eTron takes all day. This may be inconvenient.

And time can’t be recharged.

Or rather, given them away – since the eTron, like all electric vehicles, is dependent on federal kickbacks as well as federal manufacturing quotas. Absent these, even fewer eTrons would be built – and it’d be much more painful, financially, for Audi to give them away. The federal “incentive” of $7,500 to the buyer would have to come out of Audi’s pocket – as opposed to the taxpayers’.

If this sounds perverse, you don’t grok modern political economics.

So long as other car companies aren’t selling them.

The credits are for carbon not emitted by electric cars – which is true, if you only consider the tailpipe, not the smokestack. Which the government does not consider.

Which electric cars the government has therefore decreed to be “zero” emissions – which is true, once they’re built.

While they’re being made, however… and in the course of making what they run on … but never mind. 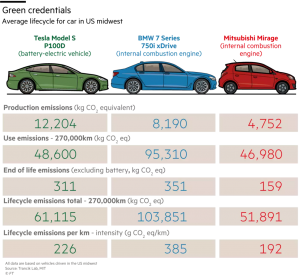 The companies buying the credits have concluded it’s less hassle and probably costs them less to just buy the credits rather than build EVs and then pretend to sell them.

But it still costs them.

It just cost FiatChrysler more than $2 billion, just to give you an idea. Most of that went to Tesla; soon Audi will get to wet its beak, too.

Audi’s Chief Financial Officer Alexander Seitz isn’t bashful about it, either. “Carbon credits are cash in today’s world,” he says. “As finance chief, I am already looking forward to every electric car sold, even if their profitability cannot yet achieve that of conventional vehicles.” 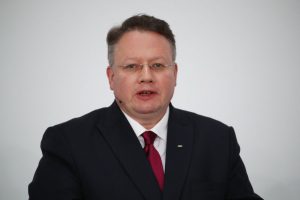 Italics added, to emphasis the obnoxious.

“Today’s world” being a political world in which mobility is under assault in the name of environmentalism – using the shibboleth “climate change” and the fraud of of “zero emissions” electric cars.

Which aren’t – if one takes into account the totality of C02 eructed during the manufacturer of electric cars, especially their battery packs. And also the eructions of C02 by the utility plants which convert natural gas or coal or oil into the electricity which power electric cars.

It turns out that lifetime C02 “emissions” from EVs are dead-heat with those eructed by the average modern combustion-engined car at its tailpipe.

This would matter if averting “climate change” were truly the concern – since C02 eructed is C02 eructed, whether at the tailpipe or the strip mine or the utility plant.

Of course, it’s only the pretext – for choke-holding the mobility of the proletariat.

Which becomes obvious once one realizes that this credit-buying con isn’t “sustainable.” At some point, the cow runs dry. Someone has to make money selling cars.

If the car companies still making cars that sell – or rather the cars they can make money selling – decide to give up on that and do as Audi (and Tesla) are doing an go into the unsalable EV “business,” who will they sell “credits” to?

The supposed object is an all-EV fleet. But that’s not “sustainable,” either – from the standpoint of shoo’ing away the “climate change” bogeyman. EVs having a carbon footprint just as large, only imprinted elsewhere.

It’s a good thing “climate change” is a bogeyman.

The engineers at Audi, et al are certainly aware of all of this. None dare say so, openly.

“Sustainability” is the watchword  . . . until it becomes unsustainable.