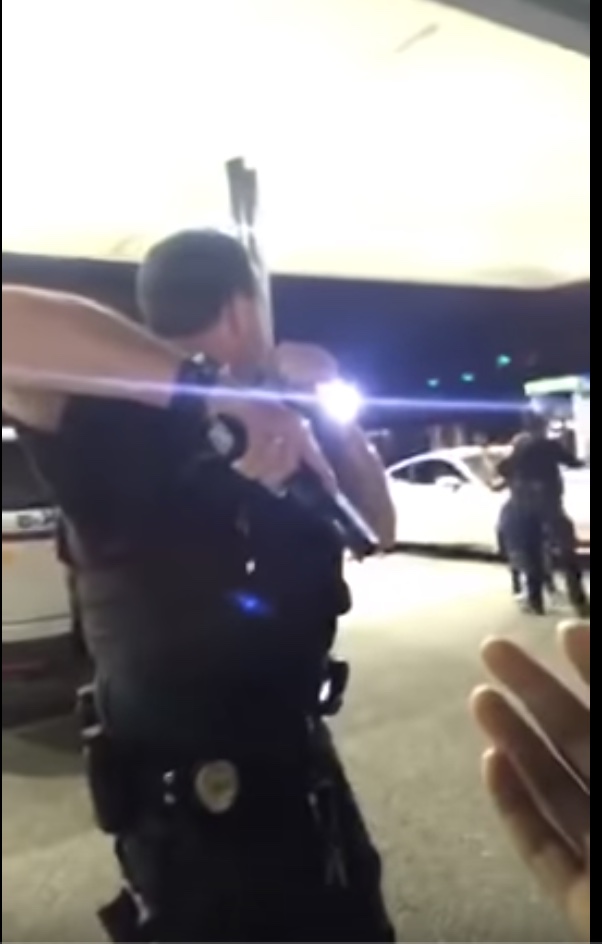 Here’s an almost summary execution of a motorist by an itching-to-kill AGW, who points his loaded semi-automatic pistol sideways at a man in his car, while ordering the man to turn off the car’s engine. The man – sensibly, keeps his hands up and refuses to touch anything, given the AGW’s gun pointed at his head from just a couple feet away.

The AGW begins to eruct “Gun”! but shuts up when he realizes he is being filmed – and the man hasn’t got a weapon (and has both hands in the air) which would not look good later if he shot the man for “resisting” and “threatening” the “safety” of the AGW.

It is unclear what – if anything – the motorist did to trigger the AGW. But it is very clear he wasn’t doing anything during this encounter that justified having an AGW’s pistol pointed at his head while being ordered to move by an AGW.