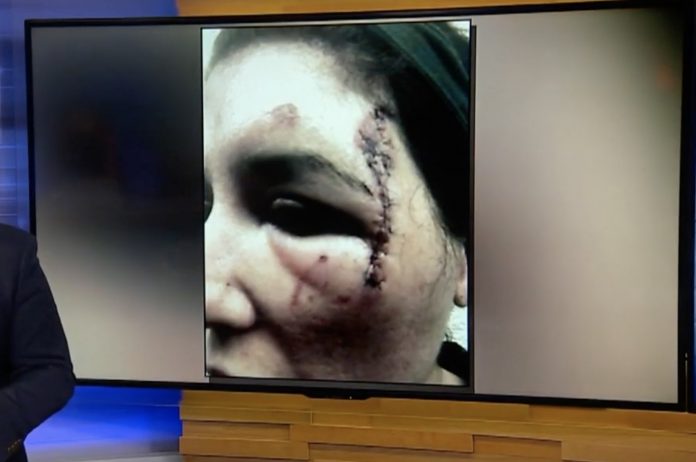 Here’s news coverage from Austin, TX of a woman’s Hut! Hut Hutting! by ultraviolent AGWs. She received a massive gash in her head after being thrown into the back of an AGW mobile  . . .with her hands cuffed behind her back. This prevented her from breaking her fall – and avoiding being gashed by a seatbelt buckle.

The wound required 60 stitches  to close – and will leave a mark.

The woman was Hut! Hut! Hutted! because she allegedly consumed arbitrarily illegal “drugs” (caffeine and alcohol being legal ones) and someone sicced the AGWs on her.

Not because she had harmed anyone else – the standard which would apply in a free country, which this one isn’t.

She “resisted” being hassled by AGWs, so one tackled her to the floor; the rest followed inevitably.

Of course, the AGWs – who have been accused of excessive force on several occasions – have been “exonerated” of any wrongdoing. The news coverage goes on to report about “bargaining the badge” – a reference to the common practice of not filing charges against badged psychopaths who agree to give up their badge.

If they are even asked to.