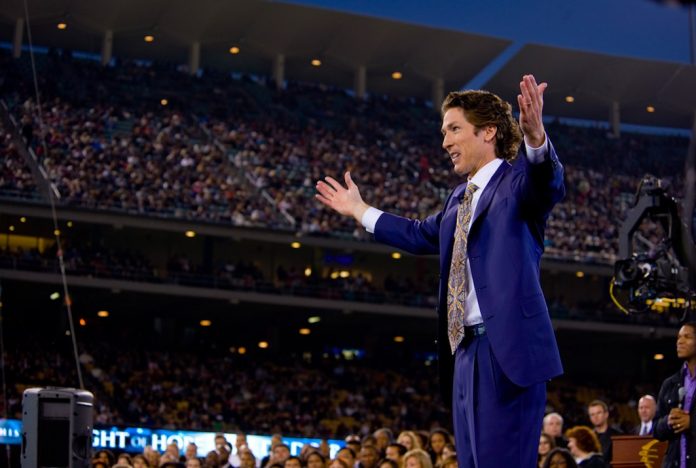 Televangelism used to be where the easy money was  . . . preaching about the End Times –  which never came – and promising salvation, for a fee.

Put your hands on the television set and pray with me!

You don’t even have to make them to sell them to the rubes who’ve bought in.

Step right up, Brother Bezos. It’s time for your anointing. 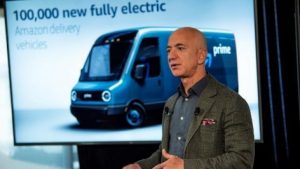 But Rivian hasn’t manufactured anything yet – except promises that it will eventually manufacturer these theoretical vehicles, which it says – put your hand on the TV! – it will begin delivering about two years from now and the rest over the course of the next decade.

For Rivian. Maybe the policy will take hold generally and we’ll be able to get stuff on Amazon today and pay for it . . . later.

Brother Bezos has already sunk at least $700 million into Rivian – which is a de facto subsidiary (and subsidized) operation of the online retailer, something which hasn’t been generally reported. 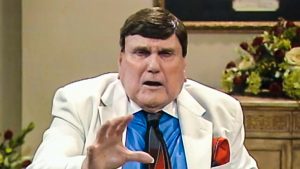 This latest infusion ought to push the bar tab over $1 billion.

Rivan has trotted out a couple of prototypes, one truck and one SUV – with the usual hagiographic press coverage following. It’ll go 400 miles – and go off-road! These are things any truck made circa 1985 could do, of course – and without the plug.

And unlike a truck made circa 1985 – or 2020 – the lowest cost versions of the electric trucks will have an “estimated” base price of just under $70,000, according to the company.

This is more than twice the base price of a current-full-sized half-ton truck. 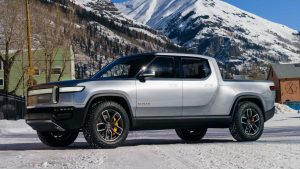 Probably, the delivery vans ordered by Bezos will be discounted somewhat because it’s a fleet buy and also because fleet vehicles are usually stripped down to just the basics.

Still, these theoretical vehicles are electric vehicles – and all EVs actually made so far (as opposed to perpetually promised) cost about 30-40 percent more than an otherwise comparable non-electric model, not counting the infrastructure needed to support them.

For a rough idea of the money involved, multiply 100,000 times $30,000 – half the estimated cost of the civilian vehicles Rivan has promised to make – which is probably a gross underestimate.

Of course, Amazon is a privately owned company and Bezos has every right to subsidize whatever he wants to using his own billions. In this respect, he’s less obnoxious than Elon Musk – the grabby-handed Pinocchio of electric cars. 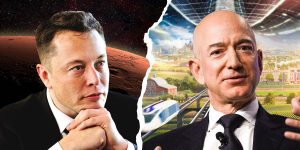 But just as sinister.

Maybe the other arm of a coordinate pincer.

Musk took the homely, underperforming electric car and made it into a sexy, high-performance car. This had the same effect upon considerations of practicality and cost that going to a strip club and having six rum and Cokes has upon thoughts of marital fidelity.

The faithful will say they beeeeeeeeeelieve in “climate change” – but few want to be seen driving something slow and ugly. Crafting and art supplies are the usually on sale items here.

Especially the affluent beeeeeeeeeeelievers, who want their faith but not the hairshirt they propose everyone else ought to don. 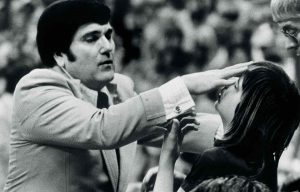 Elon showed them the way. He gave them the same thing some people get by attending a Joel Osteen rally.

And he normalized the now-pandemic religiously-fostered economic psychosis regarding electric cars and “climate change.”

Fifteen years after the founding of Tesla, considerations of cost and practicality are no longer considered . . . by anyone, it seems.

There is a crisis!

The rest of the car industry – which used to care about cost and practicality because it more or less had to – no longer does because buyers appear to have been convinced by all this sermonizing that such considerations no longer matter.

All that matters is that everyone drive an electric car – to save the earth.

Before it is Too Late!

We’ll figure out who pays for all of this later, when it is no longer possible to not buy an electric car – everyone else having “committed” to no longer producing them.

Which brings us back to Bezos, who is an ardent beeeeeeeliever in eschatological “climate crisis,” which he says will be upon us within ten years.

He says – through an Amazon spokesman – that this proposed fleet of electric delivery vehicles will “eliminate 4 million metric tons of carbon dioxide emissions” (not counting the “emissions” generated by the utility plants that produce the electricity these vans will trundle along on). 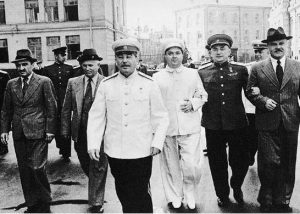 They’ll also eliminate the alternatives to them.

Big Tech and Big Government have locked arms together like Stalin and Molotov and Beria, walking toward the same goal.

By whatever means necessary – and regardless of cost and other practical considerations – EVs are going to be The Future.

Because we’ll have no choice.