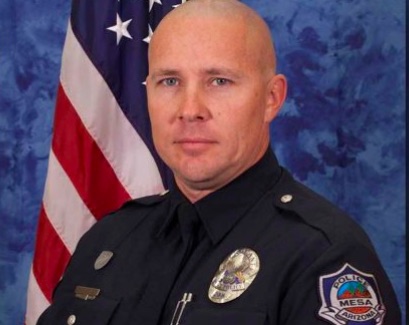 An armed government worker in Mesa, AZ named Jeffrey Neese has been allowed to retiree with his full pension – and without any charges – despite nearly a dozen female co-worker and citizen complaints of on-the-job sexual harassment, including spanking the monkey.

According to the Phoenix New Times:

While we find some comfort knowing that Sergeant Neese will no longer be in a position to harass Mesa Police Officers, his retirement doesn’t change the systemic issues within the Mesa Police Department or the City of Mesa…In fact, it makes matters worse for victims now and in the future.

Lunn points the finger of blame at the City of Mesa for dragging its feet while appearing to investigate Neese. Not only will Neese be allowed to draw full retirement but he remains eligible to “serve” as an AGW in another state or county.