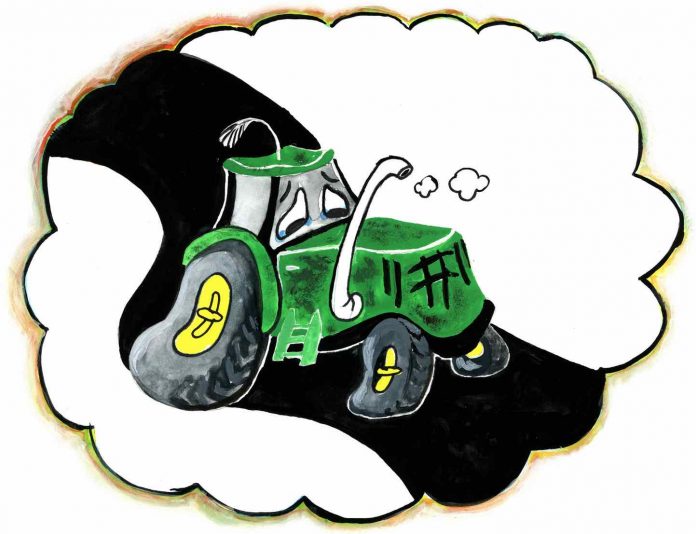 John Deere, like Ford and GM and all the rest, is forced by the government to build tractors as complicated as new cars – and just as impossible for the average owner to service.

But people still have the choice not to buy them.

Many are beginning to exercise this choice.

The Minnesota Star Tribune reports that a growing number of farmers have had it with government-mandated tractors that get uppity when their owner try to fix them rather than pay a Deere dealer to fix them. Or they just brick themselves. 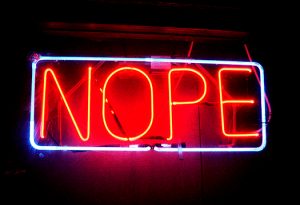 John Deere made the astounding claim about two years ago that the people who buy its new tractors are really just licensees. You possess the tractor and are allowed to use it, but Deere owns the software that runs the tractor  . . . without which it doesn’t run.

Deere controls and can “update” the software at its whim, if you abide by its rules – which include you not attempting to service the thing in other than Deere-approved ways  . . . the only Deere-approved way being via an “authorized” Deere dealer.

If you try to fix it yourself, the tractor knows – and soon (via Internet connectedness) so does Deere. Which sends the “update” to brick the tractor.

The StarTribune article reports that farmers are giving up on these new, non-serviceable (by them) tractors in favor of the old – which can be serviced by them – almost indefinitely. 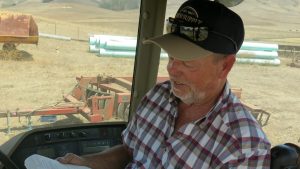 Much less expensively – far more easily. Without any “connectedness.”

They are buying vintage tractors – some made more than 40 years ago – which can be fixed in the field with crescent wrenches, sockets and ball peen hammers rather than scan tools and WiFi.

And which only “brick” if you run out of diesel.

That’s the beauty of the pre-computer stuff. It never needs an “update” and you “diagnose” it by checking for spark, ignition and fuel. There are no codes to read. Just the occasional leak to fix or worn component to replace. Which doesn’t require a trip to the dealer because the manufacturer doesn’t claim it owns the codes and hasn’t got a proprietary lock on the tools – and won’t allow you to service the thing yourself, even if you had them.

You own the thing. Or at least, you have full control over the thing (no one really owns anything these days as we’re all forced to pay rent-in-perpetuity – property taxes – on just about everything). 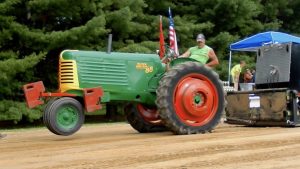 The Tribune article notes that while a new Deere tractor – the big ones used on large farms – sells for $100,000 and more, a functionally similar, functionally superior older model can be picked up for half that or less. These haven’t got plastic on the seats, of course – and don’t come with a warranty. But it’s what happens when the warranty runs out that is steering farmers away from new Deere tractors.

“These things, they’e basically bulletproof,” Greg Peterson of the farm equipment data company Machinery told the StarTribune – referring to the pre-computer models that ran like a Deere . . . without running back to the Deere dealer.

Or tattling on you to the dealer. 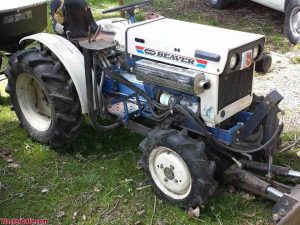 “You can put 15,000 hours on it and if something breaks you can just replace it.”

I myself have an ancient Mitsubishi tractor. It was made in 1979 and so was made without anything electronic except for the sealed beam headlights and the 12V starter battery that rotates its mechanically injected diesel engine. A nuclear air burst – and electromagnetic pulse – will not stop this tractor.

And neither can Mitsubishi.

The dealer doesn’t have any idea where my tractor is, much less what I’m up to under its hood – and couldn’t do anything about it anyhow, the tractor not being connected to the Hive Mind.

Anything that breaks can be easily fixed – often with whatever’s handy. You can make it work – with a welder, some scrap metal and a little know-how. 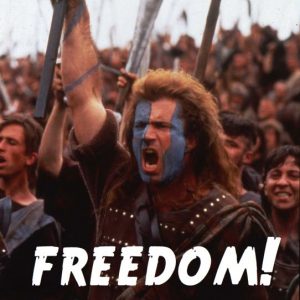 Nothing is software dependent. Which is why it’s independent.

This tractor – like the older models ones being snatched up by frustrated farmers – is still running more than 40 years after it was built.

It will probably still be running 40 years hence. 100 years  hence isn’t inconceivable. If you know farm equipment, you know it’s common to find tractors from the ’40s and ’50s still in use out in the fields, today.

How long will a new Deere sail fawn – er, tractor – run? Odds are not nearly as long. Not because of its mechanicals but because of its electronics. Because of critical electronic components that can’t be fabricated at home or swapped from a parts pile at the junkyard.

And because junkyard parts sometimes no longer just bolt in place – even if they physically fit.

In many modern computer-controlled vehicles – tractors as well as cars – key components are specific to that particular vehicle and must be “coded” to work with it by the dealer. Believe it or not, you can’t even replace the battery or a headlight in some new cars (and probably also Deere tractors) without plugging the vehicle into a dealership computer.

Farmers – generally no-nonsense people who need their tractors to work, right now – not next week, whenever the deal can get to it – have had enough of this nonsense and are doing something about it  . . . by not buying into the nonsense. 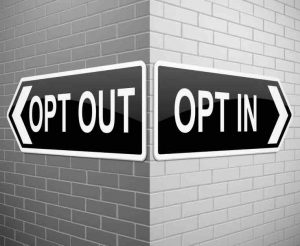 Their example illuminates the way forward  . . . when it comes to cars.

It is probably impossible to get the government to stop mandating this and requiring that of new cars. And the car companies (like Deere) have cynically decided it’s easier – and more profitable – to go along to get along. Worse than that, actually. They have decided to go farther. The government isn’t mandating sealed hoods, “proprietary” software and diagnostic rigamarole; the corporations are.

Like the famers, we can say no them much more easily than we can to the government. Just stop buying the new stuff. Buy – and repair – the older stuff. Keep your money in your pockets – and the corporation’s noses out of your business.