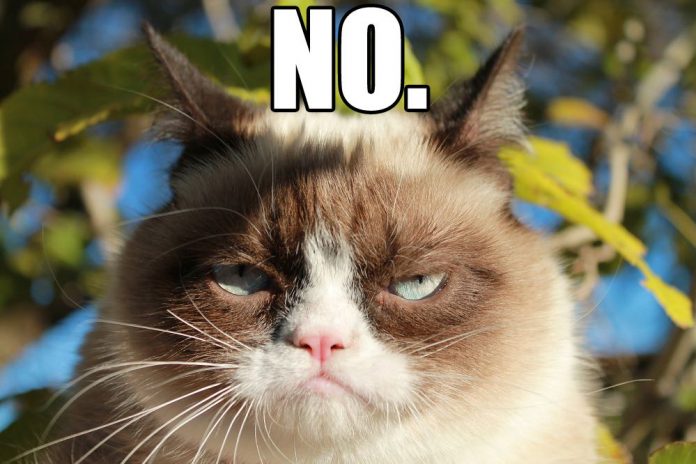 Several years ago, I wrote an article (see here) about converting the “shaker” hood scoop of my 1976 Trans-Am from decorative to functional.

Many people don’t know that while every ’70-81 Trans-Am came with a hood scoop (or a hood bulge, in the case of the ’80-81 turbo Trans-Ams) the only Trans-Ams that came with a functional shaker scoop – so called because the assembly was mounted to the air cleaner and shook with the engine, even when it didn’t scoop – were the 1970-’72 models.

A solenoid-actuated flapper door opened when the driver floored the accelerator pedal, admitting cooler outside air to the engine. It also looked cool to actually see the engine gulping air.

Naturally, the Clovers objected to this – and put a stop to it.

They used something called drive-by noise standards – that is to say, their standards – to board up what had been a functional shaker scoop. It became a scoop that didn’t but just looked like it did, beginning with the 1973 models and all the way to the end of the run in 1981. 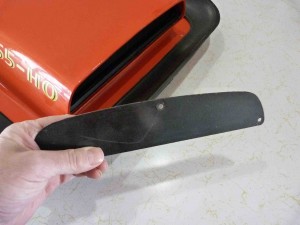 It was still possible, for a few years, to countermand what the Clovers decreed. Pontiac – which was still run by Car Guys at the time – “complied” with the drive-by noise standard by installing an easily removable metal plate where the flapper door had been. Many people removed it – and the scoop became functional again.

Naturally, the Clovers objected – and beginning with the 1977 models – the scoop no longer had a removable anything. It was molded out of a single piece of fiberglass and if you wanted to make it functional, you had to mutilate it by cutting it.

This was almost 40 years ago, which gives you an idea of just how long generations of Clovers have been working to suck all the fun out of cars. 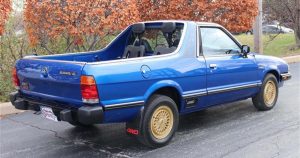 Another example: Subaru’s rear-facing, bed-mounted jumpseats. Close your eyes and try to imagine a brand-new car offering this feature – and “getting away with it,” to use the language of Cloverism.

There was a little pick-up called the Brat (Bi-directional All-Terrain Transporter) that Subaru made in the late ’70s and into the 1980s. It was available with a pair of plastic jumpseats welded to its bed. This added passenger capacity – the Brat was otherwise a two-seater – and end-ran another of Clover’s control freak fatwas, a thing called the “chicken tax.” This was a tax applied to small pick-ups, almost all of which were made outside of the U.S. – as a retaliatory measure for taxes applied by Euro-Clovers on chicken exported from the U.S. to Europe (seen more here, if interested). 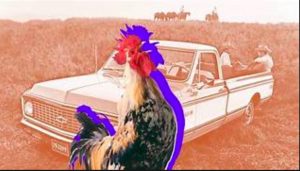 By adding the extra set of seats to the bed, the Brat qualified under Clover’s own rules as a passenger vehicle rather than a pick-up and thus was exempted from the extortionate “chicken tax” applied to little trucks.

The seats were also big fun.

Your friends could jump in the bed – and go for a ride in the breeze. This was legal. You didn’t even have to buckle the seatbelts Subaru provided. Armed government workers had better things to do – or rather, were not yet empowered to harass people over such petty (and none-of-their-proper-business) things as adults electing to ride in the bed of a pick-up, buckled-up or not.

Clovers put a stop to that by decreeing it “unsafe” – according to them. It was perfectly safe – and lots of fun – to the people who got to experience riding in the bed of a Brat without any harm coming to them. Clovers empowered AGWs to threaten them with harm, though. 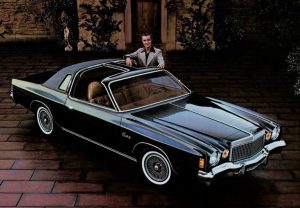 And threatened Subaru with harm, too. The jumpseats went away after the 1985 model year and the Brat itself soon thereafter.

Another fun thing lasted a little longer – into the 1990s: The T-top roof. It was a hugely popular option available in cars of all types, from Chrysler Cordobas to compact-sized pony cars like the Ford Mustang and its GM rivals, the Camaro and Firebird. It was like having a convertible but without having a fabric roof that any Guido with a box-cutter could get into.

And – unlike many convertibles, which look ungainly with their tops up – a car with T-tops looked good either way. You also got reasonable protection from the elements – not the either/or offered by a convertible, which you could only drop when it was warm enough or you had on clothes enough to deal with the cold. 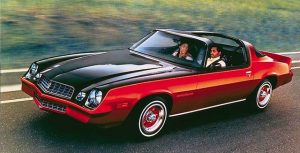 T-tops extended the open-top driving season because you still had some top even when the tops were in the trunk. It was viable to drive around in November or December, with temperatures in the 40s – something not-so-viable with a drop-top.

Clovers nixed the T-top, too.

As per their loathsome passively aggressive practice, they did so not directly – via honest tyranny, by decreeing we’re not allowed to have T-tops anymore – but instead by making it impossible to sell cars equipped with T-tops. 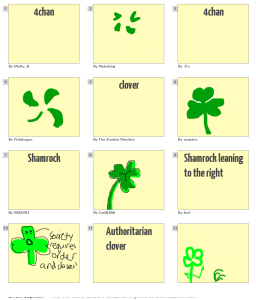 Via roof crush regulations that could only be complied with by eliminating T-tops. (Convertibles get around the regs because they have no roofs; instead they have roll bars to “achieve compliance” with the Clovers’ fatwas.)

There are many other examples of Clovers putting the kibosh on fun behind the wheel – and even in the back seat, which you can’t use anymore to responsibly “sleep it off” after having some drinks wth your friends. The Clovers have decreed that this constitutes “drunk driving” as much as actually driving while drunk.

And that’s exactly what’s wanted – by Clovers. They hate cars because of the fun – because of the freedom to have fun – which they used to be all about. They will not admit this, of course – for the same reason they characterize things like the 15 percent of every dollar we earn that we are forced to hand over to finance the loathsome intergenerational Ponzi scheme called Social Security as a “contribution.”

What happened to this country? When did the “safety” of adults, supposedly free, become the justification for pointing loaded guns at people – which is exactly what will happen if you assert your right to ride in the bed of a pick-up with jump seats – and without “buckling up.”

Clovers have relied for the past 50 years on our tacit acceptance of this justification. Maybe the time has come to shove this justification down the pie hole – or up the other orifice – of the next Clover who has the effrontery to so much as hint that the “safety” of any free man or woman is any of his got-damned business.

And if you’re not, there’s something wrong.