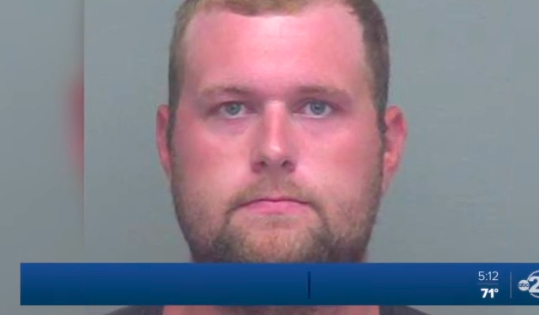 An armed government worker has been caught serially planting evidence – arbitrarily illegal “drugs” – in people’s cars, in order to “bust” them and thereby portray himself as a “hero.”

The “hero” is Zach Wester. He faces 76 criminal charges including fabricating evidence, false imprisonment and drug possession. In January, more charges were added after five more victims of his evidence-planting were discovered.

Wester’s technique was to plant drugs in people’s cars during what seemed to be routine traffic stops. More than 100 people have been being wrongly charged.

According to local news coverage, there is video footage of Wester planting evidence and then taunting drivers. The idiot thug wasn’t even smart enough to turn off his body camera.

Prosecutors with the 14th Judicial Circuit said they have gone through about 300 of the cases Wester worked and dropped charges in about 120 of them.

Why not all of them?

There used to be a legal doctrine – fruit of the poisoned tree – which held that any evidence obtained as the result of an illegal search could not b sued to establish guilt. Well, why not fruit of the poisonous AGW – on the same basis? How can any “evidence” adduced by a criminal thug such as Wester, who has established his mendacity and maliciousness, be considered other-than-tainted?

And even if the evidence seems to be legitimate regardless, would it not serve as a useful deterrent to AGWs abusing their authority if it were policy that every single person previously convicted of something – whether of jaywalking or more serious – on the basis of evidence collected by an abuser AGW had their convictions automatically overturned and all fines refunded, with interest?

Of course, it’ll never happen – because the system doesn’t want AGWs to be held accountable. Because it would impede the function of AGWs – which is to instill fear of arbitrary, unaccountable authority in the populace.

If this were not so, then AGWs would be held to at least the same standard of conduct – and accountability – that the rest of us are.

The fact that they are held to a much lesser standard is as telling as it is depressing.

Here’s How it Will be Done…