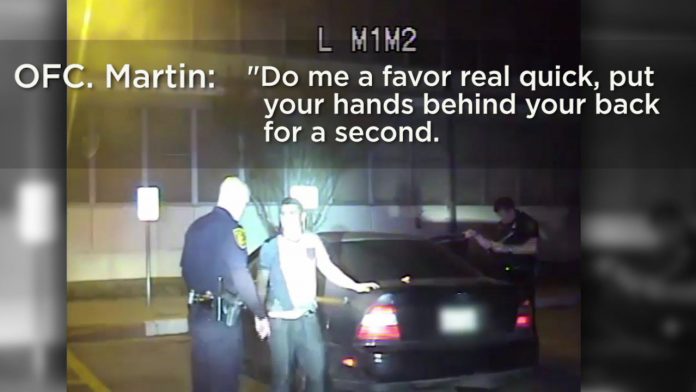 Here’s a report from a local network affiliate in San  Antonio, TX about an armed government worker named Matthew Martin who is also a serial liar.

He got caught in one lie and was almost “relieved of duty” (absurd terminology; AGWs are the government’s hired enforcers, nothing more; a “duty” is something one performs out of obligation and connotes moral sacrifice; pouncing on people for driving with a burned out brake light and such does not rise to that level) and then got caught in another really big lie about his supposed “service” as a hired mercenary for the federal government.

Keep in mind that this AGW witnessed against probably thousands of people in court, his mere word being taken as evidence against those people, many of whom were convicted of various offenses and had their money and liberties taken solely on the basis of whatever this AGW claimed he “saw” or claimed the people did contrary to the law.

Keep in mind also, that the counter-word of his victims (of any of us, who are not AGWs) denying or contradicting whatever the AGW claims he “saw” is considered presumptively worthless in court – “hearsay.”

It has no evidentiary value.

This AGW may lose his job in this case, but he will be free to lie to some other jurisdiction and become an AGW there – in the manner of a pedophile priest shuttling from one diocese to another.

And, of course, there will be no criminal charges for his lying in his capacity as a “law enforcer” and “officer of the court.” If we (non-AGWs) are caught lying to the court, it is a very serious offense.

And the convictions of all those people secured on the basis of this serial liar’s worthless testimony? They will not be revoked or even revisited; the money stolen from them in fines and so forth not refunded.