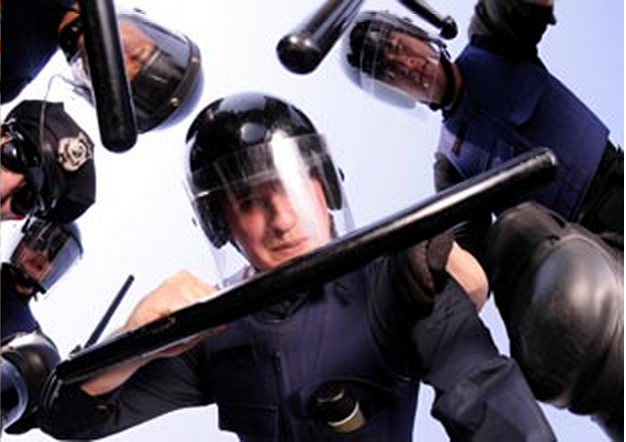 You take what you can get.

And in Allentown, PA, a judge took a golden horde of armed government workers to task for gang-beating a man who had the effrontery to question their Authority. The Allentown Call reads as follows:

Moments after an Allentown man whose violent 2018 arrest was captured on a video that went viral was acquitted of all charges Friday morning, Lehigh County Judge Maria L. Dantos lashed out at the Allentown Police Department and district attorney’s office, calling John Perez’s arrest and prosecution “shameful.”

Dantos told Perez that he was justified in protecting himself after an officer forcefully shoved him during an encounter in south Allentown, and said she was “disgusted” by what she saw and heard on officers’ body cam videos from the incident.

“You came onto that scene like angry, hostile bullies,” Dantos told the officers. “You know, ‘those people,’ as the officers called them, are your community.”

The jury of seven women and five men deliberated for more than three hours before acquitting Perez, 36, of resisting arrest and disorderly conduct. Dantos threw out a charge of failing to disperse midway through the trial.

Perez wiped away tears as the verdict was read. Outside the courtroom, he said he was grateful for the jury and for Dantos.

“The jurors made a good decision and the judge was the best. She knew what was right from wrong,” he said.

John Perez of Allentown and his defense attorney react to his acquittal. A video of his violent 2018 arrest by police was captured on a video that went viral.

The trial revolved around a Sept. 8, 2018, encounter on South Corn Street, which ended with four officers punching and kicking Perez before arresting him.

Jurors watched and scrutinized a surveillance video of Perez’s encounter with the officers, as well as police body camera videos that captured the incident from different angles.

Four Allentown police officers took the stand, testifying that they were already dealing with a small but unruly crowd of residents as they investigated reports of an armed man in the neighborhood when Perez approached several officers and became combative.

Officer Jose Lebron testified that Perez first drew his attention by making a comment about a gun, and said he shoved Perez away from him because he was acting aggressively. The video showed Perez, getting up after the shove and rushing toward Lebron before the four officers began kicking and swinging fists.

In her post-verdict remarks, Dantos said Perez’s response was legal.

“The law allows for what you did that night. It was, in my humble opinion, an unlawfully excessive use of force just as justification allows you to then defend yourself,” she said.

Perez was the lone defense witness. He denied fighting with police, and said he only verbally confronted them over their bad language and rude treatment of residents.

“Do you know how hard it is for members of that community to call the police? What happened to protect and serve, isn’t that still on the cars? Perhaps with police-community tension so high right now, if you showed even a small human level of respect to this community we wouldn’t even be here,” she said.

Perez told the jury he suffered a cut on his head, broken nose, dislocated shoulder and other injuries during the arrest. He admitted telling officers he didn’t need medical attention that night, saying during the trial that he was afraid.

Perez’s arrest was captured on a neighbor’s surveillance video that was posted on Facebook and The Morning Call website. It was viewed more than 97,000 times and sparked community outrage and a protest at a City Council meeting.

Allentown police Chief Glenn Granitz did not immediately respond to a request for comment on the judge’s remarks Friday afternoon.

“I respect the jury’s verdict. I disagree with the perceptions of the judge and her comments concerning our bringing this case. We charge based on probable cause,” he said in an email.

Deputy District Attorney Jared Hanna, the prosecutor in the case, declined to comment. During the trial, he urged jurors to focus on the charges against Perez, and not be swayed by the emotionally charged defense.

Perez’s attorney, Robert E. Goldman, told the jury that Perez’s arrest was a case of police brutality and arrogance that they needed to address on behalf of the community. After the verdict, Goldman said the case should open people’s eyes to what’s happening in Allentown.

“This prosecution should have never been brought. As a matter of fact, the police officers themselves should have been charged with crimes. Allentown Police Department and its management, they just don’t get it,” Goldman said.

“Police officers should have been disciplined for what they did. They beat him, they attacked him … they took this before a jury hoping the jury would close their eyes and say it’s cops against a young Latino man, and therefore he’s guilty,” Goldman added.

Attorney Joshua Karoly, who has represented several people in lawsuits against the Allentown Police Department, attended the trial. Neither he nor Goldman would say whether a civil suit is in the works.

The city has paid $1.7 million in excessive force lawsuits since 2015, including a $270,000 verdict awarded to an Allentown woman who was arrested in 2016 for refusing to allow officers to search her home without a warrant.

Dantos, who served 17 years as a prosecutor before joining the bench in 2007, said she did not understand why the Perez case made it to trial. She accused the officers involved of perjuring themselves, and scolded them for their demeanor during the trial.

“You escalated a situation without cause. Cops smirking on the stand at this jury, laughing at the defense attorney, high-fiving in the hallway after testimony as if there were something, anything, to be proud of here.”

The judge said she is saddened that, despite the viral video, there appeared to be a lack of interest in Perez’s trial.

“I wish on this day that this courtroom was packed with people. It’s not. Nobody’s here. Nobody’s listening,” she said.