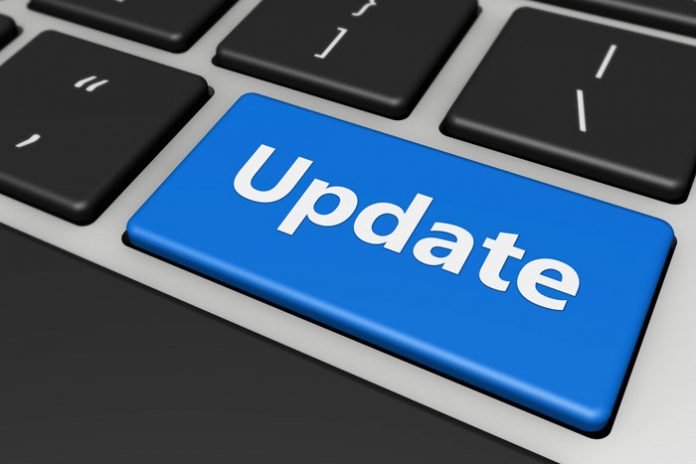 One of the things about new cars that’s inarguably fantastic is how they sound. Not their engines, of course. For that you need an old car – one without catalytic converters and with a carburetor!

Nothing fuel-injected will ever sound better than the sound of a big a four barrel’s secondaries opening up. Listen my children and you shall hear . . . the sound that makes the entire Persian Gulf stand up and cheer!

But nothing that’s old can match the sound of a new car’s audio system. We have come a long way in that department.

It’s not just the sound, either.

New car stereos usually have Bluetooth capability – which means you can wirelessly pipe your music into the stereo from your phone or an iPod and that way avoid listening to the radio – and three commercials for every song. Most are set up for SiriusXM, Pandora and other streaming services, too – so you can listen to your playlists and genres rather than their commercials.

It also means no more lugging around a case of CDs.

I just installed a new audio rig in my old truck, which came with what was a not-bad stereo by the standards of 2002. 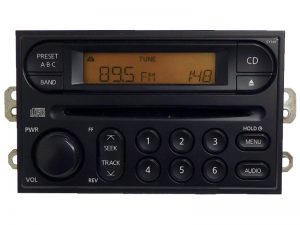 By today’s standards, it sucks dead toads – the audio equivalent of an 8-track player back in the ’90s. No Bluetooth – because there was no Bluetooth back in ’02. That means listening to whatever’s on the radio – which is mostly commercials – or dealing with my CDs.

If the CD player still worked.

And the four crappy speakers are really three -because the driver’s side door speaker is blown.

So I decided to treat myself to an update. A modern audio system with Bluetooth and (cue the Emperor from Star Wars voice) many other things besides.

Including an amazingly low price. 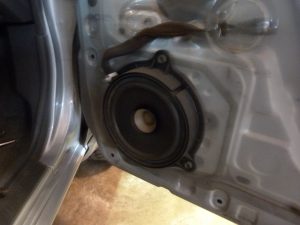 As opposed to a very high price for a new car with a great audio system. Including the cost of ASS, driver “assistance” technology and “connectivity” to the Clover Hive Mind.

I’d rather just have the Bluetooth and four good speakers.

Which I got for about $250, all in. This for a rig that’s superior to the rigs six figure luxury cars came with back in ’02 and competitive with what they come with today. Mine even has the groovy cool ambient mood lighting thing and a USB charge port – something no high-end car had back in 2002, when my Nissan was new.

While cars wax expensive, the price of electronics wanes – probably because there are far fewer regulatory compliance fatwas afflicting the consumer electronics industry. Result? A stereo that would have cost $1,000 ten years ago costs a third of that today.

Also cool – if you still like your CDs – is that many modern aftermarket audio rigs are available with a CD slot, in addition to the Bluetooth/streaming capability – giving you the option to listen to either.

Something else that’s cool is the easy install – one of the few do-it-yourself things you can still do yourself. Suppliers like Crutchfield – which I mention not because they’re paying me but because I buy stuff from them and can recommend them without reservation – sell direct-fit replacement audio systems that integrate with your car and do not require hacking up the dash. 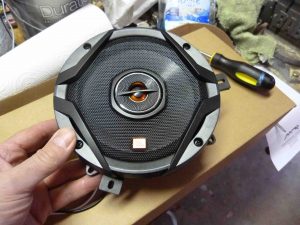 One of the things about old cars that wasn’t good – back in the day – was having to splice into the factory wiring harness to get a modern stereo to work. Back in the day being the ’80s and earlier. I put a “modern” stereo tape deck – remember those? – in my ’76 Trans-Am back in the ’90s. It took me several days to figure out which wires to cut – and which not to cut.

The new stereos come with color-coded and plug-and-play harnesses. Just match up the red to red and the green to green and the yellow to yellow (and so on). Then crimp – and plug. The process takes maybe 15 minutes. A chimp could do it.

I know, because I did it!

Speaker install is just as easy. Because what you order is made to fit your car. If it’s not an exact physical fit, Crutchfield will supply any necessary adapters and hardware as part of the deal.

You need nothing except the will to do it – and not much bucks – and a strong desire to avoid a new car in order to get one of the things that’s very good about new cars!

The Best Reviews Money Can Buy