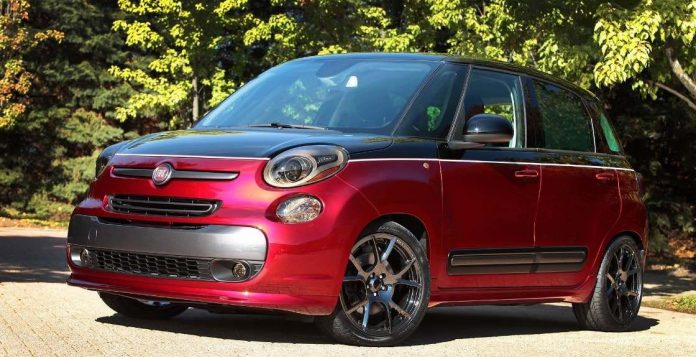 If you ever wanted to buy a new Fiat  . . . without going to Italy – this may be your last chance.

Fiat isn’t doing well – because small cars (which is all Fiat sells) aren’t.

Not because they are bad cars. Honda – as blue chip a brand as there is – just cancelled the two-door Civic, to give you some sense of how tough times are for small cars generally.

And Fiat is one of the very few brands still selling a small wagon, the 500L.

The 500L is a compact-sized five-door wagon – a type of vehicle that’s getting scarce because of American tastes  – which incline toward crossovers.

This one’s actually similar – in terms of its space, which is comparable to that of same-sized crossovers, because of its hatchback’d layout, tall roof and no wall of separation between its passenger area and its cargo area.

All come with the same turbocharged 1.4 liter four cylinder engine paired with a six-speed automatic transmission and front-wheel-drive.

But you may end up paying less; more about the why below. 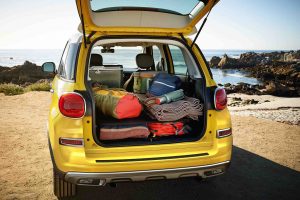 Crossover space – without the height.

If you dislike driver “assistance” tech, you’ll like this one  . . . because it hasn’t got any.

Back seats fold down – but not all the way flat.

Fiat may soon be scarce. Which’ll make it hard to find one of these. 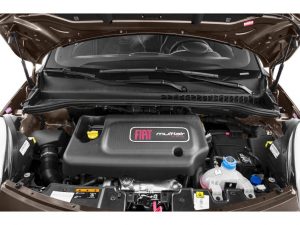 As with many current small cars, the 500L comes with a very small engine – just 1.4 liters. But it makes the power of a larger engine – 160 hp – because of the turbocharger that’s bolted to it.

Interestingly, this engine is (well, was – before it got cancelled) the optional and high-performance engine that powered high-performance version of the 500L’s two-door stablemate, the 500 Abarth. It’s interesting because the 500L is not marketed as a performance car. This probably explains the absence of the Abarth’s boomy, open-piped exhaust system.

But the performance is there – ginned up by 21 pounds of boost huffed into those little cylinders.

Thereby, the L can get to 60 in under 8 seconds – a very solid time for this class and type of car.

There’s a catch, though.

To achieve the power – and the performance – you’ll need to feed this engine premium unleaded. High cylinder pressures – high octane (and high resistance to knock). You can use mid or regular grade without risking knock – the Fiat’s computer will dial back the boost (and thus, the cylinder pressure) to prevent it.

But less boost means less performance. You must pay a little extra to play.

Of interest, the 1.4 liter engine is a single overhead cam engine (SOHC). It is much more common to find dual overhead cam engines (DOHC) in modern cars. The reason being the DOHC layout offers more airflow – at the cost of more parts. 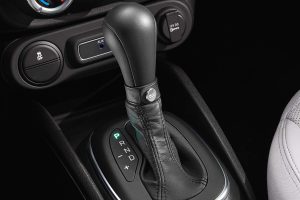 As almost always – pros and cons.

Another item of interest is the six-speed automatic that’s paired with the 1.4 liter engine – rater than the now-common continuously variable (CVT) automatic. It’s a less thrashy –  less noisy – type of transmission, with traditional changes through the gears as you go, rather than the CVT’s sometimes weird forward surge – without any shifting at all.

It is getting hard to find a small car – or crossover – without a CVT. Mazda is among the few other sellers of small cars that still uses them, other than Fiat.

There are some other interesting things, too. 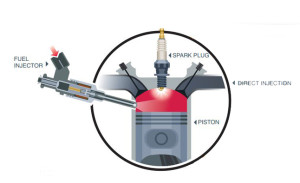 For instance, the 500L’s engine isn’t direct-injected. Which makes it one of the dwindling number of engines you can still get in something new that isn’t fed fuel by two fuel pumps at several thousand pounds of pressure (vs. the usual 35-40 pounds) and that isn’t inherently susceptible to carbon fouling of the intake valves because there isn’t any gasoline (which is a solvent as well as a fuel) washing their backsides on its way to the combustion chamber.

Because in a DI engine, the fuel is directly injected into the cylinder.

The 500L’s engine isn’t a DI engine because the 2020 500L dates back to 2013 – when it was introduced as a new model for the 2014 model year. In those halcyon days, car companies weren’t under the pressure they are now to eke literally fractional gains in gas mileage and fractional reductions in “emissions” (carbon dioxide, air-quoted to snark the absurdity of characterizing an inert gas that way).

These days, the pressure is heavy – which is why almost all the newest new car engines are direct injected.

If you prefer one that isn’t, here’s it is. 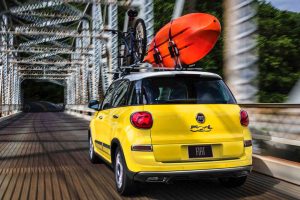 If you don’t like to be “assisted” by your car, then the 500L is a car you’ll probably be very interested in. It has no “advanced” – as they’re always styled – “driver assists,” such as Lane Keep Assist or Steering Assist, or Brake Assist.

The L, as already mentioned, was designed more than six years ago, when only a handful of high-end cars had such “advanced” tech. Since it hasn’t been changed much since 2014, it is still pretty the same to drive today as it was in 2014.

Which means it’s up to you to keep in its lane, steer it – and brake when the need arises.

Arguably, this makes for a safer drive, the driver paying more attention – because he’s not relying on “assists” to drive the car for him. It’s certainly a less annoying one, since this car doesn’t constantly hit you with buzzers and lights, which are also – very arguably – a major distraction in themselves. 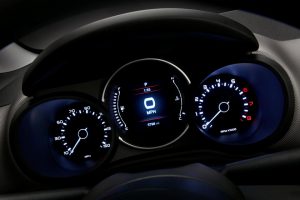 Also of assistance is the  surround-view greenhouse glass and the comparatively short front and rear overhangs; most of the car is between the front and rear axles – so you have a better view as well as better maneuverability.

Which is about as easy it gets without getting a motorcycle – precisely because there’s not much to maneuver, in terms of the physical footprint of this thing.

That’s pretty good for a car that gets to 60 in under 8 seconds – which is speedier than my ’76 V8 (and 7.5 liters) Trans-Am was when it was new. And the sensation of gears changing is pleasing, natural. CVTs that surge – normal for them – have a weird feel.

The main thing missing is the optional to shift for yourself, which would add a dose of fun to this practical little car. 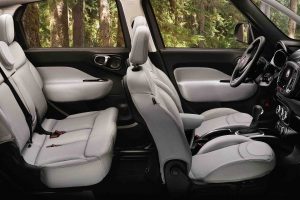 But unlike a not-so-small sedan like the Civic, the Fiat has lots of room for things as well as passengers. With its back seats up, the 500L has 22.4 cubic feet of space vs. 15.1 in the Civic’s trunk – which can’t be increased by folding it down (because it doesn’t).

While the Fiat’s back seats don’t fold all the way flat, they do fold back – well, forward – almost tripling the space for stuff to 68 cubic feet. It is possible to get several 2x4x8s inside the 500L – with the rear gate closed. Or even six bags 80 pound bags of cement mix. 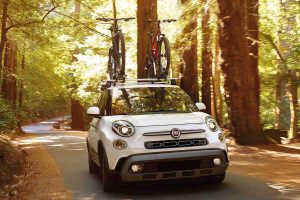 There is also a smartly-designed storage rack system that makes even more use of the available space.

You can, of course, find similar space for stuff in small crossovers – like the Honda HR-V, for instance. But they ride higher (6.7 inches off the ground for the HR-V vs. 4.7 inches for the 500L).

The Fiat also offers fun options most crossovers don’t – such as two-tone paint schemes and body-colored interior trim pieces (as in the 500 two-door) that perk up the attitude of this ride.

All trims come standard with both AppleCarPlay and Android Auto – which a surprising number of higher-priced cars with lots of “advanced driver assistance” features either charge extra for or don’t offer at all. 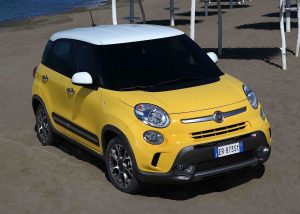 And if you like the crossover-ish look, that’s available. The Trekking trim comes with wheel flares and body cladding, different front and rear clips plus a 17-inch whee/tire package.

But without the crossover-ish ride height.

Fiat may not be here for much longer but that doesn’t mean Fiat parts – and service – won’t be.

It’s helpful – if you’re buying – that small cars aren’t selling. Also that Fiat is in a pinch. Now add the forced-by-government closure of dealers for several months and the fact that 2021 is already here, model year-wise.

While the 500L’s MSRP is higher than similar-size crossovers like the Honda HR-V and Mazda CX3 the chances you’ll pay less are high. Possibly much less. I have a friend (had a friend; sickness psychosis – she has it, I don’t – killed the friendship) who bought a brand-new but unsold one-model-year-old 500 – the three-door hatch – with almost every option for about 30 percent less than MSRP.

You might score a similar . . . score here as well.

It isn’t slow – and it isn’t high. It may also not be here for much longer. So if you’re interested, better hurry!