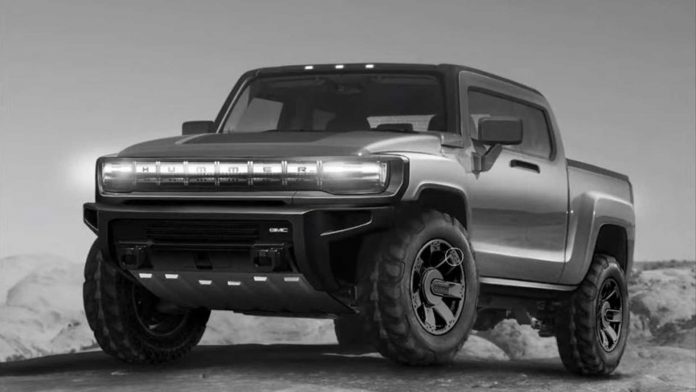 Witness the latest electric Face Diaper – the 2022 GMC Hummer. It does everything except reduce the cost and convenience of driving – following the example of the currently fashionable Face Diaper – which does all sorts of things, most of them psychological.

Dirty bandanas and poorly fitted “coverings” do not “stop the spread.” They do, however, increase the madness.

The vehicular Diaper does the same doubling down – using the same gaslighting techniques.

GM covers up the ongoing sustainability issues that bedevil EVs with press-release teasers about 1,000 horsepower, “adrenaline” mode and zero to 60 in less than 3 seconds. 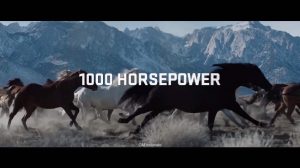 All of which the ’22 Hummer will no doubt deliver – in the same way that dirty bandanas and seas of NPC-looking Diaper Drones deliver the cultic sense of “community” so esteemed by the wearer.

But “sustainability”? The supposed justification for the EV? It jumped out the same window as sanity about sickness.

Instead of developing a lighter, more efficient battery – one that would require fewer resources and less energy to make – and so might cost less to sell than an otherwise similar IC-powered car – the ’22 Hummer will have the equivalent of a Dodge Charger Hellcat’s 1,000 horsepower V8 –  in the form of an 800 volt battery feeding hugely powerful and so hugely heavy electric motors. These will consume several times as much energy to make – and to keep charged and running – than a battery and motors sufficient to propel a Camry-sized electric sedan to 60 in eight or so seconds, which would burn up several times less energy and resources than what it takes to get there in less than 3 in a vehicle that weighs twice as much. 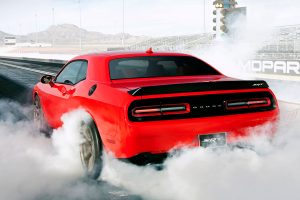 The virtue-signaling argument is that unlike the Hellcat – which burns supposedly non-renewable (and unclean) fuel – EVs like the electric Hummer run on magical unicorn power you can always make more of – and cleanly, too.

Both assertions are similar to the assertions made about Face Diapers and “stopping the spread.”

Yes, it is possible to make electricity – as opposed to refining gas.

But the quantity of electricity needed to run millions of EVs and millions of houses and businesses can’t be created “cleanly” (and forget cheaply) by solar panels or wind turbines. There aren’t enough of either – or enough room for either – and regardless, both combined don’t come close to generating even a significant percentage of the megawatts of electricity needed to power the grid plus electric cars or even electric cars by themselves. 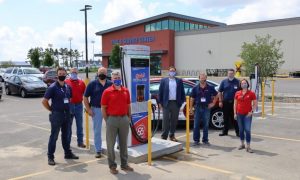 One electric Hummer has an 800 volt battery pack – twice as many volts as Tesla3’s battery pack –  with 350 kW “fast-charging” capability. The load this one vehicle puts on whatever it is connected when it needs juice fast to is comparable to turning on every high-draw appliance in your house at once and running them at full tilt.

To get an idea of the energy requirements, it takes a Tesla3 about 10 hours to “refill” via a “Level 2” 240V plug-in to a three-prong dryer/stove outlet, the highest-capacity plug in residential homes.

To get to Level 3 – the “fast” (i.e., 30-45 minute) charging you need commercial grade electrical equipment. These cost tens of thousands of dollars each – and no matter how much money you throw at them, the electrical load remains extreme on a per-car basis.

It is not like pumping gas – or charging your sail fawn.

Another way to think about the loads imposed by a single EV is by contemplating a generator back-up system for your home and how big – and powerful – it needs to be to run your electrical appliances when grid power goes down.

Most houses have a 240 volt electrical panel. I takes a 5,000 watt or so generator to power a well pump, refrigerator, microwave and some house lights at the same time. If you want to run all of your lights – and your hot water heater, stove, heat pump and washer/dryer – you will need a bigger generator. 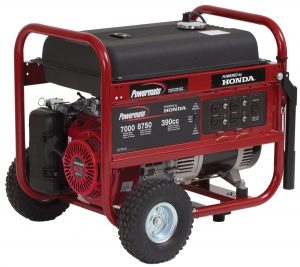 This is one way to get a glimpse into the truth about what’s being sold under the name of “sustainability.”

Another way is to look at the cost – which even Elon Musk recently did. What is “sustainable” about a vehicle that most people can’t afford to buy? It’s kind of like the Universal Basic Income.

Sound great – except someone’s going to have to pay for it.

Right now, we all pay for it – indirectly, via the taxes we pay which are then used to pay electric vehicle manufacturers and those who buy EVs. We also pay when we buy a non-electric car, which costs more to offset the costs of the electric car, which still costs more to make than whatever is recovered “selling” it – even when all the taxpayer-financed subsidies are counted.

But we’ll pay in another way when all we’re allowed to buy is an EV – because that’ll be all the car companies will be allowed to sell. And that day may be only a few months away. Whatever his deficits, the Orange Man is not likely to hurl an EVs-only fatwa. But it is extremely likely to be hurled if the Orange Man is evicted and the Green New Deal is fatwa’d.

Then you will understand what “sustainability” really means.

Just as you will learn what Forced Face Diapering really means a few months hence, when a vaccine becomes available.