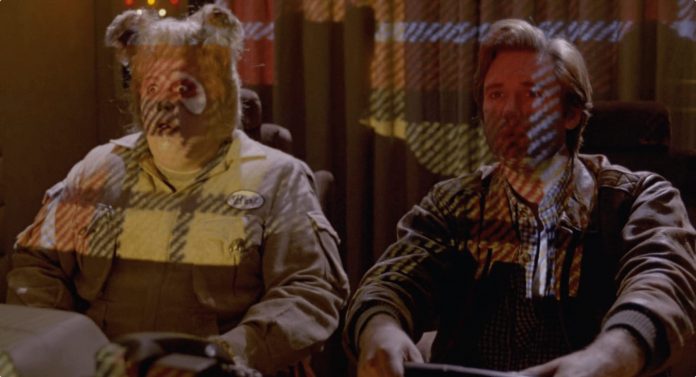 The more Teslas in circulation – a function of more of them being mandated via “zero emissions” (which they aren’t) production quotas, which only electric cars qualify for – the more they keep running into things.

A video has emerged from China, where Teslas are mandated in even greater numbers – that shows one running amok, at Ludicrous Speed.

The car reportedly blew through a gate at a more than 50 MPH and somersaulted to the top of the heap of parked cars it crashed into. The driver, who apparently survived, claims the car accelerated on its own and refused to brake – either on its own or with him applying the brakes, which he says he was.

“Autopilot was not turned on and the brakes were stepped on,” a translated version of the text accompanying the video says.

This actually unintended acceleration – as contrasted with the acceleration caused by the actual flooring of the accelerator pedal, unintentionally – as a few addled Audi drivers did back in the ‘80s – is a function of something ‘80s-era Audis didn’t have.

Which not just Teslas have.

Almost all new cars have them.

It is a system in which the pedal you step on isn’t physically connected to the engine’s throttle – whether mechanical or electric. It is merely a sensory input device that “reads” the degree of arc the pedal travels as you depress it and then relays this information to a computer, which translates that – hopefully – into the corollary degree of engine output and, thereby, acceleration.

If it is not out of its senses.

If it correctly interprets the degree of arc you’ve depressed the pedal. If it does not sense you’ve floored it when you haven’t touched it. 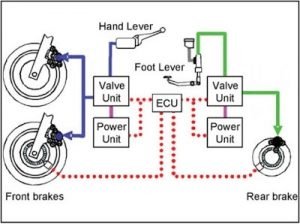 If it does, the engine will rev – or the motor spin – and the car will accelerate.

What happens next depends on what else is controlled by the computer. In many cars, the transmission is, too. When you move the selector from Park to Drive, you are merely sending a signal to the computer to disengage Park and put the transmission into Drive. Your hand – via the lever or the button or whatever the input is – doesn’t physically connect to anything.

If the computer doesn’t want the transmission to disengage Drive, all your tapping and swiping and tugging won’t change its mind.

Which leaves the brakes.

Which are also increasingly under the control of the computer.

Computer control is the key element of what is styled “Automatic Emergency Brake Assist” or something similar. It applies the brakes when it thinks there’s a reason to. Which implies it could decide not to. 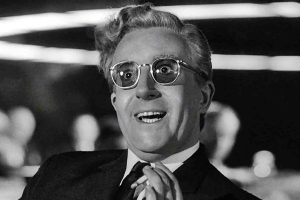 In most cars, the brakes are still mechanical – or rather, hydraulic – and controlled mechanically. But this doesn’t preclude the elimination of direct driver control of them anymore than it precluded physical control over the throttle or the gear selector and the same rationales will likely be asserted to put the brakes under the total control of the computer, too.

Using drive-by-wire and sensors in lieu of physical cables and pedals makes assembly and manufacturing simpler and easier and more consistent. Plug-and-play. The coding homogenizes feel. The same basic idea that makes a Big Mac the same in San Francisco as in New York, but applied to something that can move very fast – with you in it.

It is harder to set something like throttle cable tension (and throttle response) exactly the same in every one of tens of thousands of cars that come down an assembly line. The same for adjusting how a gear selector selects gears.

And probably soon, how a car brakes. 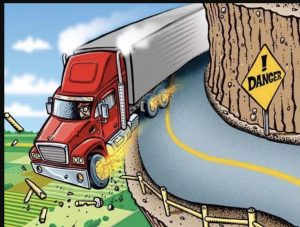 This is a known issue – though not much is being done about it. The reason for that bringing us to the reason for all of it, which is to transform cars into Universal Modules that are controlled by us as little as possible.

This includes control in emergencies – as when the “advanced safety systems” go Azlheimerian. You lose control of acceleration – and you can’t brake.

It makes for one Hell of a ride.

And you don’t have to buy an electric ticket to take one, either.

Why The King Died…