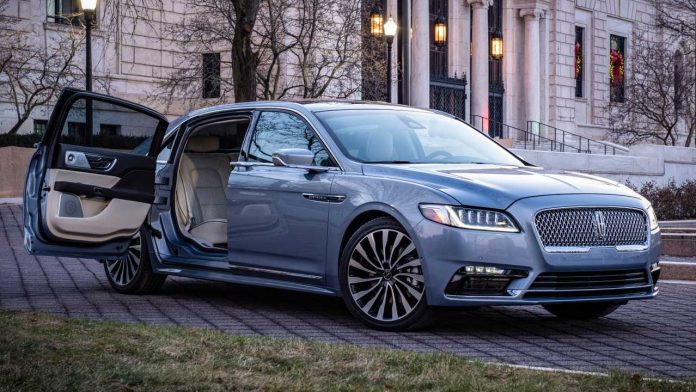 It took about 25 years to sink in.

The best-selling Lincoln of the modern era isn’t a car. It’s the Navigator – Lincoln’s version of the Ford Expedition SUV. On the strength of Navigator sales, Lincoln outsold Cadillac for awhile back in the ‘90s.

Until it tried selling cars again.

Including cars like the Continental – a car that was iconic back when JFK was president but hasn’t done as well with Trump as president. 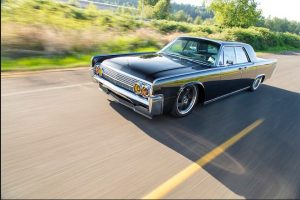 Not because of Trump – but because things have changed since JFK was president.

The new Continental has a lot going for it – including that it’s a much better deal than other high-end sedans. It’s much roomier, more powerful – and costs tens of thousands less.

But the one thing it hasn’t got going for it is that it’s not an SUV – or even a crossover SUV.

Which is why Lincoln won’t be making any more sedans after this year – including the Continental. 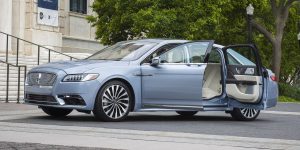 The Continental is a full-size luxury sedan that can be compared with both mid and full-sized luxury sedans from rivals like Mercedes-Benz and BMW as well as Hyundai’s recently launched Genesis brand. 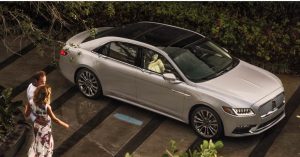 On the downside, it’s front-wheel-drive (AWD optional) in a segment where RWD is part of the recipe fr exclusivity –  because almost all non-luxury cars are FWD cars.

If you want more than a V6, it’ll cost you six figures.

2020 will be the Continental’s final year.

Next year, Lincoln will sell only SUVs and crossover SUVs – ceding the high-end sedan field to Mercedes, BMW and the handful of others still selling them.

A fraction of the space you get with a crossover or SUV.

They won’t be making any more. 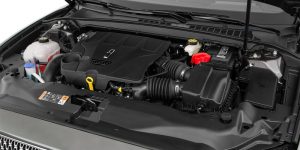 The standard Continental engine has six cylinders – vs. four in its price-comparable Mercedes and BMW rivals like the E and 5, respectively.

And without a turbo – which is becoming very hard to not buy in anything luxurious, or even generally.

No slam on the turbo as such. As a power-adder, it’s a wonderful item. A kind of mechanical nitrous oxide injection that summons more engine whenever you need it. But the turbo’s job description has been expanded. It is now used to replace engine. To make up for the loss of displacement and the reduction of cylinders – from six to four – which is being done to placate the foot-stomping demands of government busybodies who insist that they know better than car buyers how much gas the cars they buy ought to use – and insist on it, by imposing regs that demand it . 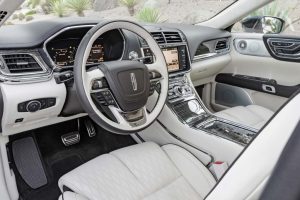 It’s especially risible when i comes to luxury cars – the buyers thereof being almost axiomatically indifferent to a difference of 3-5 MPG, which is the difference in MPGs between a turbo’d four around 2.0 liters in size and V6 of around 3.7 liters like the Connie’s.

Which also makes 50 or so more horsepower.

Which is a difference luxury car buyers probably care more about.

It’s the bullet of the bunch, capable of getting to 60 in about 5 seconds flat.

All three engines are paired with a six-speed automatic and all except the 3.0 V6 are available with either front-wheel-drive or al-wheel-drive.

The Continental is a big powerful and very quiet car. As a Continental ought to be. As they were when JFK was being driven around in one.

The FWD is only an issue if you drive it very hard, which people who buy cars like this usually don’t. With the optional AWD system, the difference is indistinguishable.

The engines – all three of them – are powerful but not designed to run like racehorses. They are more like Clydesdale horses – immensely strong, with seemingly effortless pull without appearing to be working very hard. 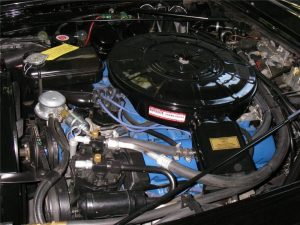 As was the case with classic Continentals, which had huge V8s (460 cubic inches, or more than 7.5 liters in today’s way of measuring) that delivered torque tsunamis when asked, which was just the thing to get 5,000 pounds of chrome and steel rolling with apparent ease back in the early ’60s.

Today’s Continental hasn’t got a V8, of course – for the same reason that so many luxury sedans come standard with fours.

But the V6s it does have make V8 torque.

Which reboots the early ’60s experience. The Connie wafts along like the roadgoing liner it is. Supremely comfortable and graceful – provided you don’t try to drive it like a sport sedan through the curves. This will cause you to spill your Grey Poupon.

Better to enjoy the ride.

Which Lincoln makes more enjoyable via 30-way seats that can be fine-tuned to fit almost any body shape and preference, firmer or softer. And via a Revel Ultima audio system with 19 speakers in the higher trims.

And via the most spacious back seat you can get for this kind of money.

Today’s mid-sized luxury cars – models like the Benz E sedan and the BMW 5 – are actually pretty small cars .  .  . relative to the Continental. Which is almost as large, outside and inside, as the full-size Mercedes S-Class sedan and the BMW 7 Series.

For about half the money.

And closer in back, where it has 41.3 inches of legroom for the rear seat passengers vs. 36.2 in the Benz E.

The problem is that it’s still a very small space – relative to the size o the car and the cargo space  available in much smaller crossovers. A current compact-sized crossover will generally have at least 40 cubic feet of cargo capacity – three to four times the space. This makes the crossover layout much more practical for people who need a vehicle that has as much – or more – room for stuff as it has for people.

This is a deficit that even tremendous power wrapped in an elegant shell and festooned with opulent luxuries cannot  overcome. It’s not just Lincoln that’s having trouble selling sedans.

Everyone selling them is having the same trouble – including Mercedes and BMW. 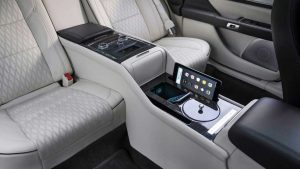 Black Label Continentals come with more than just what’s in the car. Buyers also get white glove treatment that includes complimentary pick-up and delivery of the car when it needs service and exclusive access to restaurants and other venues that Lincoln has partnered up with.

The one thing you can get – if you hurry – for the Connie’s final year is the one thing that defined JFK-era Connies:

Lincoln calls them center-opening now – political correctness having trampled colorful language lest anyone sue or cry – and that they do. Because they’re hinged on the opposite end of the rear door, allowing the door to swing open from the center of the car. This allows the person inside the car to exit more gracefully, ’60 movie star-style.

It’s beautiful – and it includes a six-inch stretch of the car, giving it even more Camelot swagger. But only a few – maybe 80 – of these special Coach edition Connie’s will be made and if you haven’t already bought one the odds are you won’t be able to.

Which is too bad –  for Lincoln. This Connie might have sold better. It has the presence the regular Connie – which is elegant but not awe-inspiring – lacks. Instead of making just 80 of these, Lincoln should have made as many as the market would bear.

It lasted just three years – about the same as Camelot.