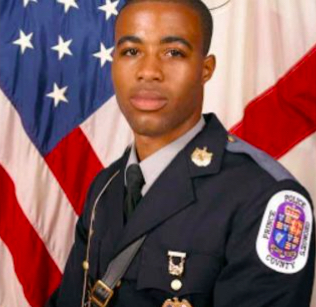 Maryland was one the first states to impose a Face Diaper decree on its healthy population – and here’s one of the specimens given a badge and gun to enforce it:

Tristan Thigpen, an armed government worker employed by Prince George’s County, has been charged with repeated sexual abuse of a child. According to news reports, the victim was a “household member” – and thus possibly his own kid.

Of course, Thigpen hasn’t been fired.  And he was drawing his taxpayer-extorted salary as an AGW while on suspension for a DWI conviction, during which time he had plenty of free time to diddle kids.

These are the creatures manning checkpoints, enforcing “lockdowns” and Diaper Decrees. Because it takes a certain kind of person to do such things.

PS: Note that the ‘Rona takes a timeout when it is the vicinity of a podium.

The Toyota Canary in the Coal Mine