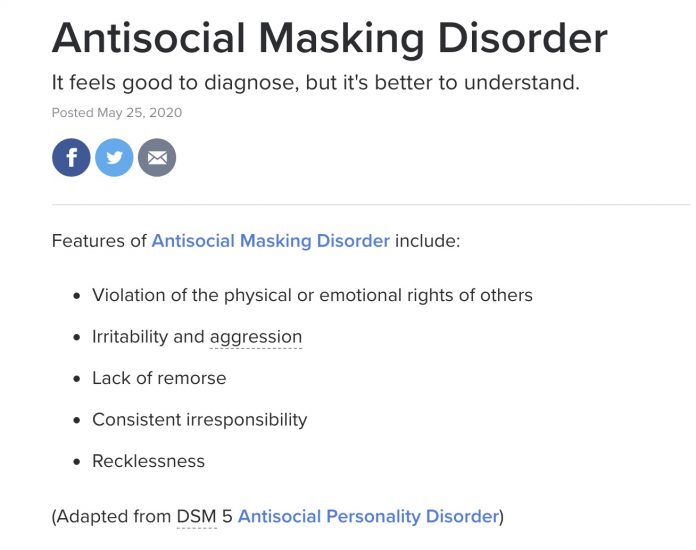 A reader sent in a question that many have been asking as they try to maintain their sanity in a world gone crazy over sickness.

I’m wondering if you know of any polite and effective way to address, “I [diaper] out of respect for others.” The person I have in mind suffers from TDS, so the cognitive dissonance of “Then why didn’t you [diaper] during flu season last year—or the year before? Did you not respect others then?” will likely just trigger nonsensical rantings. I don’t suspect there’s good answer. At least not a good polite one.

This question is easily answered.

No one is obliged to show respect for lack of respect. You want to wear a “mask” because it makes you feel better? I can respect that – by leaving you free to choose. But will you respect my right to choose?

So spare me the twaddle about “respect” – by which you mean submission.

Must we also wear the proverbial tin-foil hat to show respect for the proverbial conspiracy theorist, simply because he is alarmed by the sight of others who do not seem to share his fear of microwave mind control?

Do we show respect for skinheads wearing armbands?

How did it come to pass that someone else’s emotional angst imposes an obligation upon others to assuage it?

The fact that someone is hobbled by an irrational fear is their problem to cope with, via therapy. It is not your duty to accommodate it.

This does not mean being mean to fearful people – though that is how it is inverted. I came across an unbelievably loathsome expression of this peddled by a psychiatrist who styles a healthy person’s refusal to pretend he might be sick – forever – for the sake of the “emotional rights” of others – as Antisocial Masking Disorder.

Which is pretty goddamned sick.

It is also dangerous to give in to this emotional blackmail because by doing so, you give it sanction. You concede the reasonableness of it.

You also ask for more.

Actually, it’s a big tell – as I have written about before. The people who are out of their minds with fear are not “asking” us to don the Holy Rag; asking implies we have the option to decline the wearing without being punished for our choice.

They are telling us we must wear the rag. For the sake of their “emotional rights.” Because they are terrified and their terror obliges us to palliate it by whatever actions or restrictions or impositions they insist are necessary.

And if we must wear the rag for the sake of their “emotional rights” then they can “ask” us to be injected and tracked, too.

If it is accepted that someone else’s fear – merely the fact that they are fearful – obliges you or any other person to act (or not act) in some way to make them feel better means accepting that you have given them reason to feel fearful, even when there isn’t any reason – other than their fear. Their emotional blackmail.

Which means there is no meaningful difference between actually having given cause to fear you and their assertion that they fear you.

This is to give the loonies control of the asylum – and to turn the country into an asylum.

What The Declaration Should Have Declared