“Rights” – like “freedom” – is one of those terms that means different things to different people. Often, mutually contradictory things. Perhaps the simplest way to identify a right is to ask whether its exercise causes a provable harm to another. 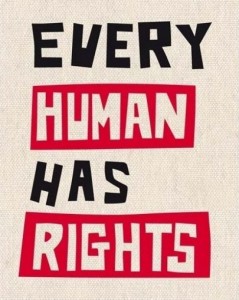 Not “might” harm a theoretical “someone.” (Or – much worse – “I don’t like that” … and therefore you shouldn’t be allowed to do that).

A demonstrable harm  – to an actual person.

If such exists as a result of your actions, then your actions were wrong – because you violated someone’s rights.

Otherwise – if your actions have caused no harm – you have every right to expect to be left free to proceed. And to be left in peace.

Immediately, the objection pops up: Won’t problems arise if people are left free to act as they please? Won’t people abuse the freedom to act – or act stupidly?

Some people will. But that should not become the pretext for abusing the rights of others who have caused no harm.

Consider: Has taking away everyone’s rights ever prevented those inevitable “some people” from behaving irresponsibly or stupidly? At any time – in any place? This is the question. And the answer – obviously – is: No. Because there will always be irresponsible, stupid  – even evil – people … in any society, under any form of government. A moment’s reflection will confirm the truth of this. Irresponsibility, stupidity – evil, even – cannot be “lawed” out of existence.

But rights can be.

And all-too-often, they are. 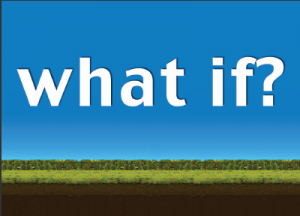 In the absence of speed limits, for example, there will be people who drive beyond their ability to control the car. Some will inevitably wreck. Others – innocents – will be harmed in the process. This is tragic. But erecting speed limits doesn’t prevent – or even significantly reduce – such occurrences. What it does do is take away everyone’s rights before anyone’s rights have actually been violated. It cements the concept of prior restraint into both law and the public consciousness –  such that it becomes acceptable to limit everyone’s freedom because of the possibility that someone might act irresponsibly, or stupidly. In short order everyone finds their freedom of action preemptively fenced in, their lives under the control of others – whose judgment is by no means superior, but who do possess superior force. Force that’s applied in ever-increasing doses in a never-ending quest to get a handle on irresponsibility and stupidity – by assuming everyone is irresponsible and stupid and treating them as such – even when they’re not.

This is how rights – real ones – are put to sleep. On the basis of what if … and someone might.

Meanwhile, crime – actual harm done to actual flesh and blood people – continues on its merry way.  If anything, real crime – with real victims – is enabled because so much in the way of attention and resources is frittered away on non-crimes.

Consider, just for instance, how much police manpower is spent enforcing arbitrary traffic laws. Stalking, stopping and issuing fines to people who haven’t actually harmed anyone. Oh, they might? Well, possibly. But wouldn’t it be more judicious to wait until our hypothetical they actually do harm someone?

As opposed to harming everyone by such things as radar traps and checkpoints?

Which is better: To be free to travel unmolested, but with the knowledge that it’s possible (although not very likely) that you might get hit by a “speeder” or drunk driver? Or to know that you will be ticketed merely for exceeding an arbitrary velocity – or forced to submit to a random stop/interrogation/presentation of your papers because the law has decreed that everyone must be treated as a presumptively drunk driver?

Unfortunately for the cause of liberty in America, a dauntingly large percentage of the population appears to be perfectly willing to live in a society that regards might and what if? as more than sufficient cause to extinguish their rights.

And everyone else’s, too. 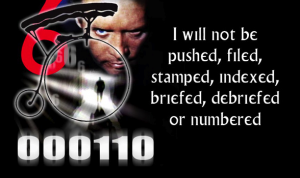 The circles grow smaller. Because might and what if? are infinites. Rights – properly understood – finite specifics. They are lines in the sand, beyond which others may not trespass against us. Because we have not trespassed against them. And until we do, we have every right to insist we be left in peace, free to go about our business – exercising our own judgment, to reap the benefits – and accept the consequences. And to resist when this freedom is denied us.

Freedom – respect for human rights – does not mean an end to human suffering. Just less of it. Because irresponsible, stupid – even evil – individuals can only do so much damage. And be held accountable far more easily. Empower the collective to impose itself on millions of individuals – and the potential damage is essentially limitless.

It is the difference between an occasional pile up on the road – and a pile of bodies in a mass grave.

Sexual Harassment is Fine . . . When You’re an AGW