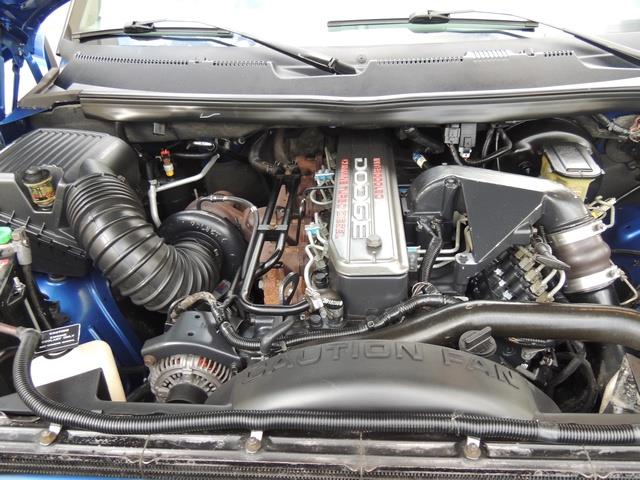 For several sound reasons, political as well as economic, the purchase of a new car in this new environment is arguably a very bad idea.

For more on that, see here.

For several equally – and corollary – sound reasons, now is an excellent time to buy an old car and even better, an old truck – as friends of mine just did.

Their choice – a mid-1990s full-size Dodge Ram truck with a mechanically injected Cummins turbodiesel straight six – was perhaps the best possible choice. First, because it is a truck and so capable of performing work in addition to mere transportation. Being able to haul – and pull – in addition to carrying are virtues cars lack. 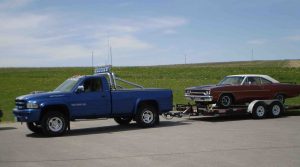 Second, because it is a truck and so capable of traversing roads and dealing with conditions that cars aren’t built to handle. In the Third World future that appears to be intended, roads may become impassable due to lack of repair; this is already becoming a problem in many areas and is likely to get worse as the tax cows stop giving milk and the takers of the “milk” use the proceeds for their own needs.

A truck will not only enable you to get home – and to wherever you need to go – it makes it feasible to make a home where it is difficult if not impossible for those without a truck to go. A less-accessible home is a safer home, ipso facto. It may also make it a less expensive home in that a hard-to-reach home is harder to sell to the city people currently fleeing the civilizational devastation imposed by the policies most of them supported. 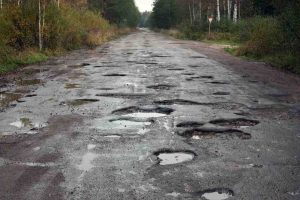 The farther you can get away from them – and out of their reach – the better.

Fourth, a truck is strong. It will have a heavy steel frame built out of literal steel girders that you can attach cables and winches and hooks to and which can take a load without bending. Steel frames are also much easier to fix in the field if that ever becomes necessary. A steel frame can be pulled back into shape with a come-along and a big tree; sections can be cut and welded if they rust.

And it takes a long time for rust to become a structural issue with a steel frame, because of the thickness of the steel itself.

Unibody cars are also generally made of steel but it is of thinner gauge – to save weight, the main reason for cars no longer being built with separate steel frames onto which the body is mounted – and so it rusts through more quickly and because the whole car is literally welded together it is more difficult to repair when damaged and also more susceptible to crippling damage from relatively minor impacts. A deer strike that might dimple a truck’s fender (that can be pulled back into shape or unbolted and replaced with a new one) might total a car – or at least, damage it sufficiently as to render it unusable. 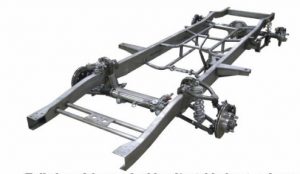 Trucks also have bumpers made of steel – not “covers” made of plastic. Bumpers can be bumped. And used to bump things. A bumper can serve to part the peacefully protesting seas far more effectively than a plastic “cover.”

Plastic “covers” are easily torn off – as they are flimsy to start with and held in place by a handful of plastic clips. The “cover” may also include plastic headlights, also easily damaged and hard to replace when the store’s not open. Old trucks like the one my friends bought have glass headlights, easily replaced and much more sturdy. Buy a spare set now, for later – and the truck will have headlights for the next 20 years, which should be long enough to last through the “great reset.”

An old truck can do other things, equally important. 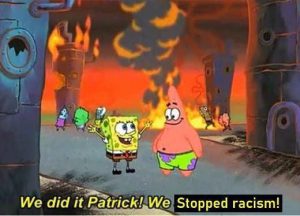 Among these things is are the things it can do without, such as electricity. A mechanically injected diesel-powered truck will start if it has a manual transmission – and you have a hill. Even if you haven’t got a battery.

It does not require electricity to run – unlike a modern electronically injected diesel, which will neither start nor run without a battery and a working alternator to fire the injectors and run the computer. The old mechanical-injection diesels require fuel – and compression, which can be applied mechanically by using the rolling tires to start the engine. Once running, it runs as long as there is fuel.

And if it has a working alternator, it makes electricity – which not only powers the truck’s accessories it can be used to power yours, in a pinch. Get an inverter – and you have power. 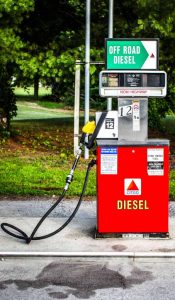 You also don’t have particulate traps or need DEF – diesel exhaust fluid, which all modern electronically injected diesels require and which may not be available a few months from now.

An older, mechanically injected diesel such as the one my friends just bought can also burn almost any fuel – including fuel you can make (e.g., home-brew diesel, waste vegetable oil) whereas a modern electronically injected diesel engine requires fuel you have to buy that must be refined – Ultra Low Sulfur Diesel. Even if available – and who knows for how much longer – ULSD pump diesel is expensive diesel.

One of the great advantages of diesel engines – their longevity – is being dialed back by the use of fuel that does not lubricate as it burns, to the extent that it did when diesel was just diesel and not the “low sulfur” variety. 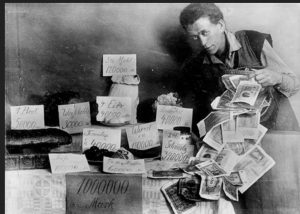 You can pump “off-road” diesel – which has the sulfur – into your older diesel, too. Provided you don’t pump it at the pump. It’s illegal (all sensible, economical things being made illegal so as to make not-sensible and expensive things unavoidable) and the station owner can get into trouble if anyone sees you doing it and narcs the station out to the local government apparat.

The way around this is to innocently pump “off-road” diesel into jugs in the bed; then pour them into your truck’s tank at home. But do this a few jugs at a time – and keep it on the down low.

My friends made a wise choice – and not just functionally. If you’ve been watching the market for used trucks – especially older trucks with mechanically injected diesels – you are already aware that they sell fast and at remarkable prices. These prices are only going to up as things get worse and the truck you buy now could be worth its weight in gold six months from now . . . when a bedfull of paper dollars isn’t worth anything at all.