You can’t walk into a store without wearing the Holy Rag – because someone might get sick. But if you actually get sick as a result of being forced to take the Holy Jab, you can’t sue the company that made the god-knows-what’s-in-it vaccine.

Which is pretty sick when you think about it.

Thus one-upping the health insurance mafia  . . . which only forces you to buy its product.

The vaccine-pushers are uniquely endowed with government-granted immunity from lawsuits. They can wreck your life – and you get the bill.

This is almost beyond belief – especially in view of the fact that they are for-profit enterprises, meaning they can literally get rich off of the suffering they impose on people who can’t say no to the Jab.

Jabs, actually – as it’s not just one – and not just this one. There will be at least two Holy Jabs and then – having established the precedent that they can make you take those jabs, why not other jabs?

All the risk – which you won’t be allowed to say no to – on you.

All the profits for them.

They’re out there. The problem is they’ve been bought – literally. And sometimes you get what you pay for. Ask your doctor about Nemenda.

Don’t tell the audience anything about what Nemenda might do to you (cue the super-fast-talking dude who gets paid to read the fine  print at warp speed).

When I worked for newspapers, it was understood that the car dealers who bought ad space would not be happy – might pull their ads – if the paper published car reviews that weren’t come-hither/come-buy hagiographies.

That same principle applies to the breathlessly favorable “coverage” of the it’s finally here! Holy Jab – and the silence about its possible not-so-great consequences.

With the difference being one could sue the manufacturer of a dishonestly advertised, shoddily built and dangerous car. And there was another difference: The government has yet to force anyone to buy a particular car.

You may remember the Ford Explorer/Firestone tire fiasco of the late ’90s.

The Explorer was one of the first really successful “SUVs” – a term unknown before someone in the marketing department conjured it as a way to sell what had been specialty/niche 4x4s sold mostly to men (and a few women) who liked to use them for rugged, off-road adventures and more importantly understood what they were for and so what their limitations were  . . .  to soccer moms and others who drove them like the cars they weren’t, often at high speeds on tires not designed for 80 MPH highway running.

A tire would blowout – and the Explorer would do the equivalent of an alligator’s death roll. 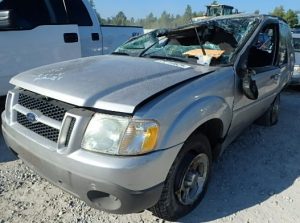 The lawyers of the victims’ families blamed Ford for designing and selling a vehicle apparently not very safe at speed to begin with, which Ford allegedly made even less safe at speed by recommending too-low tire pressure  . . . in order to make the Explorer ride less like the modified truck it was and more like the car it wasn’t. This exacerbated the high-speed stability issues of what was more or less a truck with its bed enclosed and carpeted and seats bolted to the floor.

Plus the Firestone tires themselves were apparently pretty flimsy, even if inflated properly.

Ford and Firestone got sued – because the victims could. And the industry was chastened, that being the point of such lawsuits, even more so than compensating the victims. The idea being to discourage future victimization by holding today’s victimizers accountable.

It is not for nothing that post-Explorer SUVs – not just Fords but the entire class of SUVs – behave more like the cars most of the people who buy them assume they are – and that tires are chosen and inflation pressure recommended to promote stability.

And it is because of the Explorer/Firestone tire debacle that all new vehicles are required to be fitted with tire pressure monitors that warn the driver about an under-inflated tire – so as to make the point that the driver was warned about the risk of under-inflated tires – and given an opportunity to avoid the consequences. 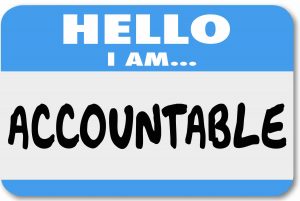 But there is no such chastening anvil hanging over the heads of the drug companies, who are free to advertise – and use the editorial power this gives them to suppress negative (i.e., factual) coverage of themselves and their wares and their motives – knowing they can get away with victimizing people.

What do you suppose this encourages?

Imagine a car company wheedling a deal for itself with Uncle that let them sell you a dangerous vehicle, with a built-in design flaw or unusually high risk of some kind of critical failure – and then gave the car company immunity from civil lawsuits.

How careful do you suppose the car company would be with design? How much testing would be done to ascertain whether its vehicles held up, didn’t have weird quirks that would get people dead? 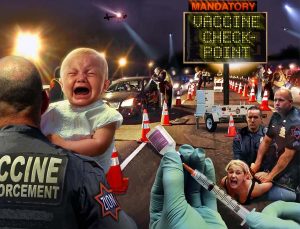 Then imagine them securing a mandate from the government that you had to buy a vehicle from them.

You actually don’t have to imagine this – Tesla has built a business on this model.

But at least you can still sue Tesla – for now – if you get roasted to death in one of their mobile crematoriums.

Not so the Needlers, they of the Holy Jab.

Turn That Radio Down!