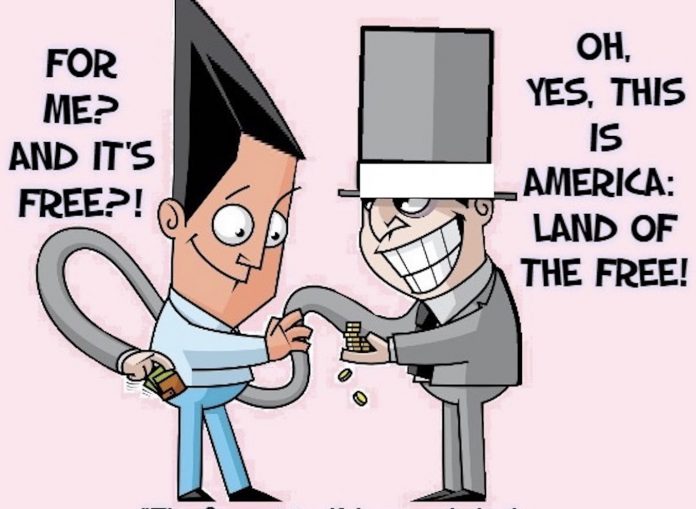 One of the problems with government is that it can’t be trusted, ipso facto. This ought to be obvious, because thieves cannot be trusted.

Every government official is a thief.

The thing speaks for itself – as another old Roman saying has it.

He takes rather than earns his salary – and he takes more than just that. He is a person with the power to make you pay for things you already bought (freely) in order to be allowed to keep them. For things you don’t want to buy, too – such as granite-faced and marble-counter-topped office buildings for the government worker – rather than a new countertop for your kitchen. For his car, which you also pay to fuel. His retirement – always generous, since he can decide how much you’ll pay to fund it, at the expense of your own. 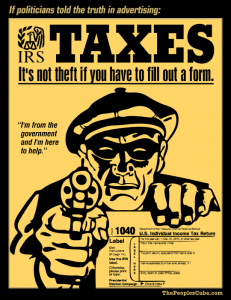 A government worker is also a specialized kind of thief. One with legally sanctioned power to steal. This is his spectacular achievement. To be able to take your money without (usually) having to actually stick a gun in your face or even meet you, face to face. He can sit at his marble-topped desk in his air-conditioned office and send you a “notice” demanding payment instead.

With the threat of the gun implied, which is usually enough.

It is easier to cognitively-dissonance the theft in this bureaucratic and euphemized way. The government thief avoids feeling like a thief by making you into a “taxpayer” – or a “customer” – rather than someone who just got robbed (by him).

He can feel good by imagining that he provides “services” never asked for and never mind how they got paid for – or the willingness of the payer to finance them. He can posture as servant of the people – an inversion so spectacular it beggars the language to describe it.

But behind their smiles and superficially genial countenances and the coerced civility that government workers propagate between themselves and their victims there is always the ugliness of force. 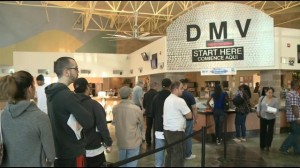 It is why you go, hat in hand, to the DMV in the first place. Would you go if you didn’t have to? How about “withholding”? Would you “withhold” a large chunk of your weekly paycheck if paying the government were optional?

It is why the small business “owner” – again, hilarious in a very sad way – posts Gesundheitsfuhrer decrees about Face Diapering muss sein on “his” door and enforces the decrees on behalf of the Gesundheitsfuhrer, whom he knows can revoke his permission to do business at the whim of the GSF.

It brings up a number of questions, including a pertinent one about the nature of government services.

What if we had services rather than government?

No, but a much better one – because it relies on cooperation rather than coercion. Freedom, ultimately, is defined by the power to say no. If you are forced to say “yes” then you are not free and it’s degrading to pretend otherwise. People in prison are under no illusions; they do not wave the flag of the prison and cheer the warden. 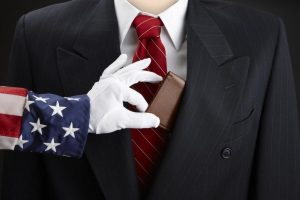 It comes down to:

Would you rather be at the occasional mercy of individual thieves you could lawfully defend yourself against – or a vast collective of legally anointed thieves whose “services” you are forced to accept – and pay for? Would you rather be at the mercy of random people you’ve never met and whose names you will never know who voted to make you do what they want and to pay for it, too?

Or your annoying neighbor – in whose face you can slam the door?

Would you prefer to “vote” for what you want by paying for it yourself, without a gun put to your head? 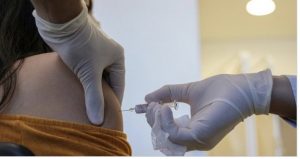 Or be told you cannot say no to it?

This is the true choice – as opposed to the false choice argument of the defenders of government theft as payment for “services” you didn’t ask for – who claim the counterargument that services freely offered and freely accepted or declined is utopian.

Their argument is that unless a perfect alternative to their system is presented, the alternatives are illegitimate. It is an argument akin to the one that a man ought to never marry the good woman but wait – endlessly – for the perfect one.

Meanwhile paying alimony to the worse one – also endlessly.

The point being that while no human being is perfect – much less perfectly good – and that,  accordingly, sometimes you will be taken in by bad people in the absence of the government. But it is axiomatic that all government workers are bad people – because good people don’t steal or (worse) pretend they don’t while they do just that.

Better an honest thief than a cognitively dissonant government worker. Better a street mugging or a burglar through the window than a “notice” from the IRS about what you “owe” them.

Better being able to decide for yourself whether to Diaper – or do business with the Undiapered.

And far better to able to say no to the Needle.