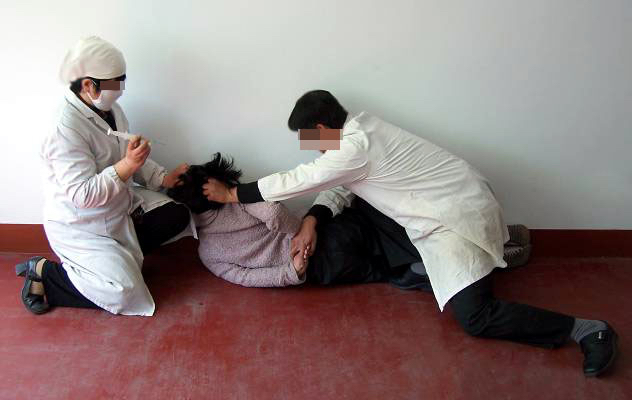 The Holy Jab is upon us.

More precisely, it is about to be forced upon us. Not by law, probably – that being both harder to do and easier to challenge. Rather, by economic means, via the “private” sector – which has become almost-indistinguishable from the “public” sector, i.e., the government.

This is how the Holy Jab will be administered.

You won’t have to take it. Technically. You just won’t be allowed to live if you don’t.

They won’t actually kill you, probably. But they will kill your life. Your ability to earn a livelihood, for instance – which will become conditional upon receiving the Holy Jab and – if you are a business owner – that you do business only with those who have received the Jab.

Just as a jab (several jabs, actually) is already the condition imposed on young people, if they wish to attend school – including many colleges. Some of these have announced that the Holy Jab will be mandatory.

Just as it will become mandatory in order to be allowed to work, if you work for a McCorporation – which is where most Americans will be McWorking after the Great Reset. 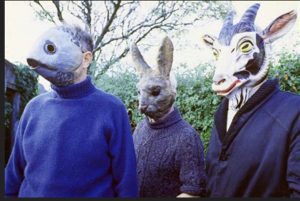 You don’t have to Diaper – or Needle. You just no longer have a job.

Or, food. And clothes. Unless you grow your own and sew your own. Stores being closed to the untonsured heretic, without the mark of the Jab (or paperwork to that effect). The circle of life will decrease in diameter until it becomes no larger than a point – upon which you may be allowed to stand but from which you may not move. 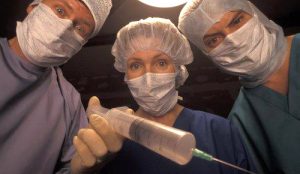 Expect necessary-to-live things such as driver’s licenses becoming unobtainable to those who refuse to don the Vestment or accept the Jab. And without a driver’s license – or other official government identification – it becomes illegal to drive and impossible, just about, to buy a car since the dealer will require ID even if you were to put the entirety of the purchase price of the vehicle in cash on his desk.

The cash, of course, will likely be done away with as well – eliminating the end-run of the person-to-person private purchase.

Good luck opening a bank account – or depositing a check – without ID.

There will be no attending public events, no participation in life – unless you are Jabbed and probably also Diapered, as the latter maintains the necessary visual of membership in the cult.

Bill Gates saith so. At least until 2022 and probably forever, since power acquired is rarely relinquished.

They have finally managed to strike the mother lode. After generations of trying and countless false starts, including “climate change” and the failed teenage saint of that cult.

You aren’t sick – and you’re also not afraid of sickness because you know that your risk of getting sick is very slight and your risk of getting dead almost literally nil (on the order of 99.9 point-something-percent in favor you’ll recover; see “the science”) and, accordingly, you have no interest in effacing your face nor in receiving a Jab that is riskier to your health than the remote chance that you might get sick and almost certainly will not die if you do.

It is no different than driving 70 rather than 55 or going for a swim in the deep end, knowing you can swim and the fact that some people cannot does not mean you are going to drown.

It would be interesting to know just how many Americans are walking around right now with a “widowmaker” blockage of their coronary arteries, undiagnosed hypertension and nascent diabeetus. It is certain to be vastly more “cases” – in the meaningful sense; in the sense that you have a condition that stands a more than fractional chance of actually resulting in your death – than “cases” of the WuFlu, which two-out-of-three (or more) involve no symptoms and no sickness.

Numbers – and facts – don’t matter, of course, to the innumerate and the religious.

Try to explain that the Earth is a sphere to a flat-earther. They are immune to facts, just as being functionally immune to a “virus” with a 99.9-something-percent recovery rate cuts no ice with the Cultists, who will chase you with their Holy Jab until you submit to it  . .  or do something else in response.